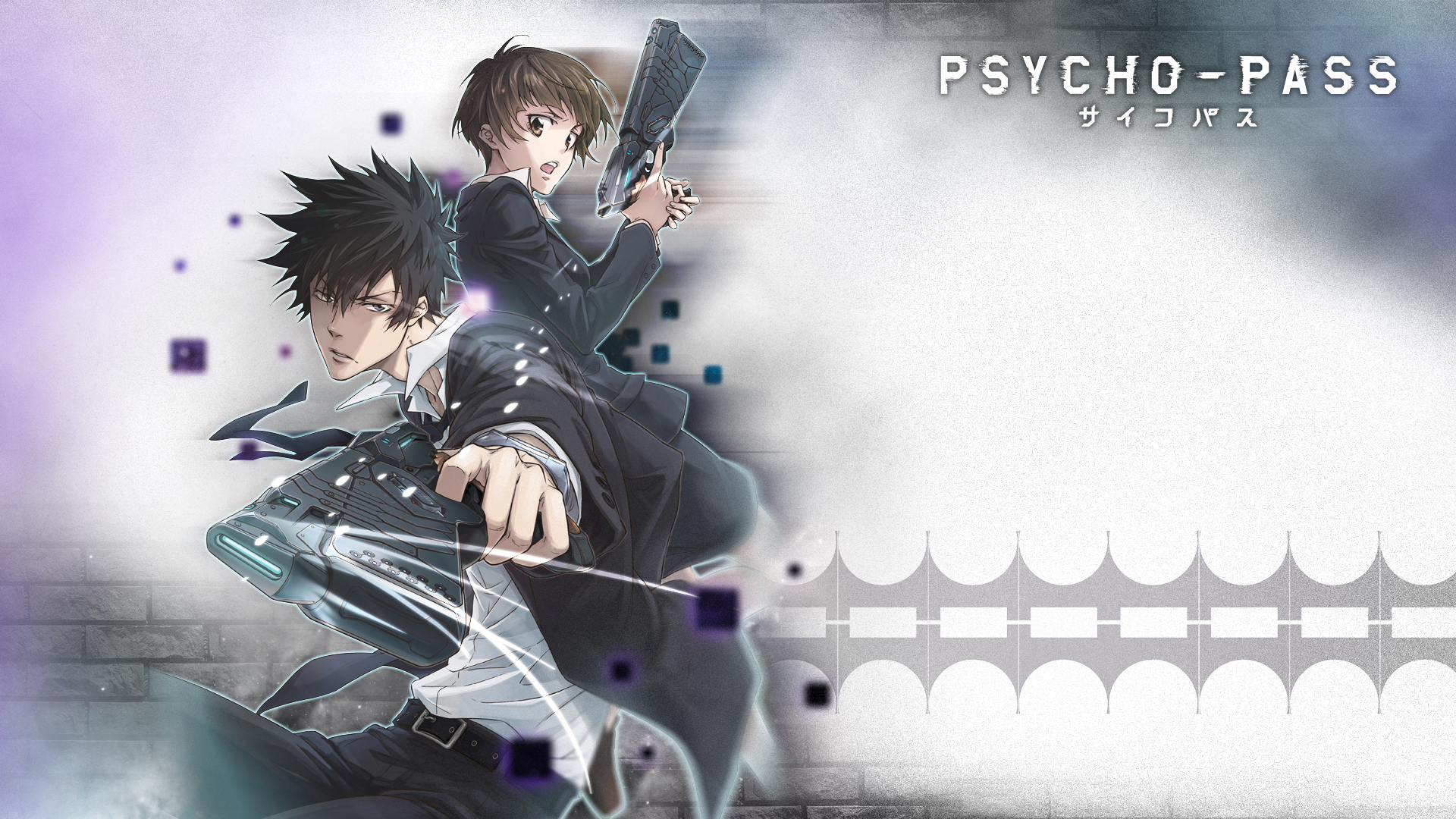 When a game titled Psycho-Pass: Mandatory Happiness crosses your desk you know you’re about to get into something a little bizarre. My original intention was to review the title, but after playing through the game I realise that I’m a little out of my depth on this one. Psycho-Pass has introduced me to a brand-new genre, and to be 100% honest it’s not at all my cup of tea. Psycho-Pass is essentially the video game version of a Choose Your Own Adventure book, with an exhausting amount of dialogue spilling out over largely static images with only the very occasional input from the player. It belongs to a wider genre called visual novels, which are not that popular in western gaming culture but are somewhat of a phenomenon in Japan. Due to their overwhelmingly passive gameplay design (using the word gameplay is a stretch of the definition) where you’re essentially pressing X to endlessly advance heavy dialogue, these games live and die by their stories, and luckily Psycho-Pass has that in spades.

Don’t talk to it. Don’t reason with it. Dominate it.

Psycho-Pass is based on the popular anime of the same name, and takes place in a futuristic society where your emotional state (or Hue as it’s called) can be instantly assessed and analysed. Littered throughout the world are cameras that constantly monitor people’s Hues (in a process referred to as a Psycho-Pass), and these can pinpoint when someone’s Hue becomes ‘cloudy’ enough that further deterioration of their mental state will likely lead to them committing a crime. In the world of Psycho-Pass the best cure is prevention, and there’s an element of a Minority Report-style system where potential offenders (so-called latent criminals) are subdued (or even eliminated) before they are able to perpetrate the crime. Using this monitoring, societal order is maintained by the all-powerful AI Sibyl system (made up of a hive-mind collective of smart people with no emotions), who for the most part are judge and jury in deciding whether someone is a latent criminal or not and how they should be dealt with. The executioners in this instance are the Inspectors and Enforcers of the Public Safety Bureau, who attempt to respond to threats and pursue targets before crime can escalate.

Today’s Hue: Cloudy with a chance of death

The world and its characters are fascinating, and I thoroughly recommend checking out the anime series before jumping into the game to see if you’re a fan. Doing so gave me a much wider appreciation of what was happening and familiarised me with the supporting characters. The game features the choice between two protagonists (a female Inspector or a male Enforcer) who are not present in the anime but bring their own stories to the table. Fans of the series will recognise the other members of the PSB including the hard-nosed Nobuchika Ginoza and the complicated Shinya Kogami. As in the anime there’s a focus on tight writing and characterisation, and the brooding melodrama blended with high-concept themes plays out in short punchy episodes. The choices which you are prompted to make every so often also have profound effects on how the story unfolds, including who lives and who dies, or how a particular scenario plays out and how people feel about it. In fact if it wasn’t for the cool story and setting I would have thrown this title in the bin long before the credits rolled, as I simply couldn’t look past the fact that the gameplay is so incredibly minimal. Several times I had to put down the controller for a while as I couldn’t stomach the idea of wading through anymore text. This is not to criticise the game, as fans of the genre will be familiar with this style of gameplay and will likely know what they’re getting into.

It’s strange that a game that is incredibly simple in its design still manages to have some gameplay bugs though. Sometimes dialogue will disappear for a while and a scene won’t progress for an odd amount of time. I also have been unable to locate the Save Game option, and figured that the autosave system (which the game claims to have) would handle it instead. I was very wrong in this instance, and hours of reading text and occasional decision making were lost when I made the mistake of turning off my console. I opted to keep my console on for fear of losing any more progress.

A brief moment of solace before heavy reading recommences

For fans of the visual novel genre I’m sure Psycho-Pass will more than satisfy. It’s got a great setting and roster of characters that are true to the anime, and if you can handle reading reams of text in front of stationary images then this is certainly worth your time. Personally this could be the first and last visual novel I ever touch, but at least I’ve found a cool new anime series to watch…