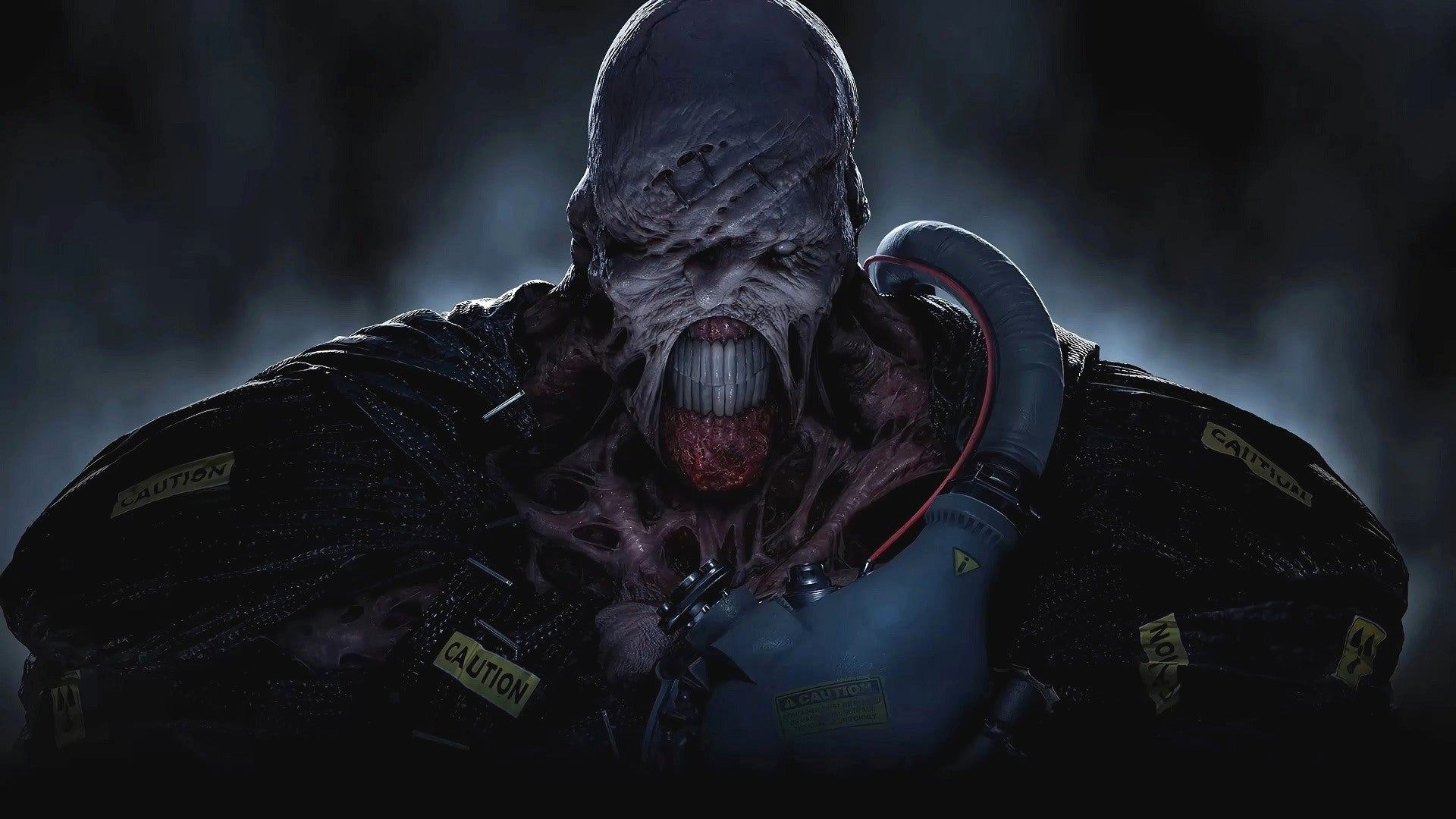 Another week, another game releases that needs testing for its performance and graphics. Capcom’s latest remake, Resident Evil 3, is the test subject and we are figuring out if the solid performance from Resident Evil 2 has made its way into the remake of the 1999 survival horror game. For the purposes of benchmarking, I used the intro sequence after Jill picks up the phone at the beginning of the game. This sequence uses a lot of lighting and fog volumes for atmospheric effect as well as fire and particles. What makes this especially useful is, when on the fire escape, the render distance is a little further than normal so we get to see how the game handles rendering in more detail than the tight-corridor design would normally allow for.

Overall, the performance of Resident Evil 3 appears to scale quite well across the various resolutions. Naturally, the lower resolutions have considerably higher frame rates, due in part to 1080p and 1080p Ultrawide being more CPU bound rather than GPU bound (the GPU can render frames so fast that the culprit for bottlenecking at these resolutions is usually the CPU). An average frame rate of 141.7 FPS, while all the settings were cranked to the max, is nothing to be scoffed at. Factoring in the 99th-percentile of 124.6 FPS, a difference of only 12.06%, and you have some incredibly stable performance The visual detail that has managed to be rendered while maintaining this level of performance is impressive. Part of the reason it is like this is that the claustrophobic design of the game allows for environments to be rendered in high detail at smaller draw distances, meaning less is loaded on the screen at once. The strengths of working around old tech limitations are showing once again as Capcom is able to push impressive and immersive detail without costing an absurd amount of performance. Looking at the higher resolution results it becomes a little clearer how graphically demanding this remake is, however, as the performance tax becomes exponentially more expensive. The 1440p performance is still quite impressive, with a 121.7 FPS average and a 99th-percentile of 85.5 FPS, and anyone with a more powerful PC than mine (like a Ryzen 9 3900X/2080 Ti combo) will see even better numbers out of this resolution which balances pixel density and performance quite well. The 4K results are interesting. They are definitely not the worst results I have seen from any game but I was a little surprised with how tight the difference between the average FPS and the 99th-percentile was. At frame rates as low as the 4K results, any difference is noticeable, but an average frame rate of 59.4 FPS is still pretty good for a game released in 2020 at a resolution this high – I can imagine the next-generation consoles being able to run this at 4K 60 FPS quite competently if they are supported properly.

Now on to the other facets of the game’s visuals and performance. The settings available to PC players in terms of graphics is both comprehensive and strange at the same time. One thing that games have been doing recently (and something I am quite fond of) is properly communicating what component is being used and how much it is being used. Resident Evil 3 is no exception to this as there are a suite of options available, ranging from some nicely encompassed presets which allow you to prioritise visuals, performance or a mix of both, to some details that you can turn down for little to no visual difference but an increase in performance stability. Let’s take a look at the various options and settings available.

Perhaps the biggest culprit of miscommunication within all these settings has to do with the texture quality settings. If you were to crank your texture quality settings to the max chances are you will be met with a warning that says “Graphics Memory has been coloured red due to high usage. Serious bugs may occur.” I’m not exactly sure where the game gets this approximation of VRAM usage, with the texture quality alone claiming it requires 8GB of VRAM in and of itself, not including any other settings that you may have activated. At 1080p, the game claims to require 12.34GB of VRAM which would be fine if it actually used this much. In reality, the VRAM usage doesn’t really come close to this claim as, when running the game at 5120×2160 (4K Ultrawide, so even more demanding than 4K), VRAM usage peaked at 7.7GB out of the 14.29GB it claims to require when set to that resolution. One thing is to allocate an insane amount of VRAM like that but another thing is to try and allocate more VRAM than most current GPUs come with if you aren’t using something like a Radeon VII. The texture quality settings are also very much under the law of diminishing returns, as the higher you go the less difference there is. Once you hit around the 2GB mark of VRAM allocation with these texture settings, the differences basically dissipate, which then makes it more of an “’if you have room to allocate it, why not’ sort of matter. (the first image is High 8GB and the second image is High 2GB)

Comparing the 2GB setting and the 8GB settings show that the difference is night and…night. It almost looks identical, with most difference more being attributed to a slight shift in camera rather than a change in texture quality. Where the difference can lie, however, for lower-end builds is with the use of FideltyFX. FidelityFX uses Contrast Adaptive Sharpening to analyse an image or rendering, figure out what is sharp and what needs to still be sharpened and applies a sharpening effect to increase the detail of a scene without much of a performance cost. It’s great to see Capcom utilising open-source software like this that allows for everyone to use these great tools instead of locking them behind specific hardware (read: Nvidia).

While the differences are incredibly subtle, they are still there. The most notable has to do with the dumpster and the rubbish bins up the alleyway. There is a little more detail in these object as well as the edges being ever so slightly sharper. This is definitely something that will help people that have to run low-resolution displays but it certainly won’t hurt high-res displays either.

Resident Evil 2 was known for its less-than-stellar anti-aliasing, with its environment looking incredibly soft. It’s one of the games that benefitted most from the release of Radeon Image Sharpen, which basically acts as a more cost-effective downsampling tool and I can already see RE3 benefiting in the same way. As it is now (even with SMAA), edges are just incredibly soft which gives off this really weird and dull feeling. Oversharpening is absolutely a thing that can happen but both this and RE2 don’t even come close to that.

Now let’s take a look at the performance difference between the two APIs, DirectX 11 and DirectX 12.

In terms of the average frame rates, DX11 and DX12 both fall well within the margin of error, with less than a frame difference between the two. The only real change lies within the 99th-percentile for these APIs. DX11 achieved a 99th-percentile of 99.9 FPS whereas DX12 got 104.7 FPS as its 99th-percentile. The difference isn’t huge but it is still something tangible that falls just outside of the margin of error (not by much though). I can easily see GPUs that work better with asynchronous compute having more of a difference between these two APIs, with DX12 still taking the lead in that case as well. If only this game also used the Vulkan API which powers the id Tech engine/DOOM Eternal.

Overall, the PC version of Resident Evil 3 hits the mark on pushing raw visual fidelity while maintaining a decent level of performance. It does stumble a bit when it comes to its implementation of anti-aliasing, with some incredibly soft edges that would seriously use the help of tools like DLSS or Radeon Image Sharpen, as well as some bizarre communication of resource requirements in its graphics settings that are in no way indicative of actual resource usage. There are still quite a lot of settings here to cover a wide range of hardware configurations, and inclusion of tech like FidelityFX allows for lower-end setups to still maintain a decent level of detail and sharpness with a minimal impact on performance. I cannot wait to see Thomas the Tank Engine replacing Nemesis soon!

In this article:analysis, Capcom, pc, RE Engine, re3, resident evil 3