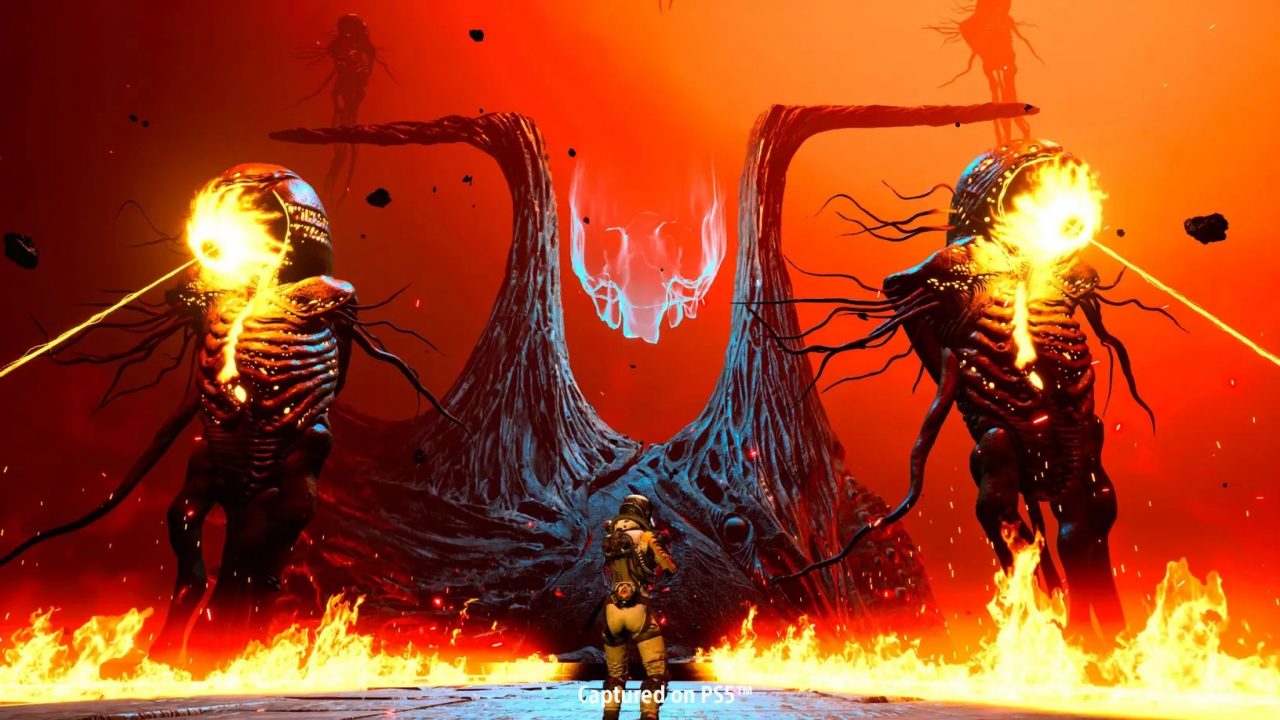 Returnal has today received a 2.0 update that adds a Suspend Cycle feature and a Photo Mode.

Developer Housemarque took to the PlayStation Blog to outline the new features that have been highly requested by players. One of Returnal’s main criticisms is that there’s no save function, forcing players to complete a run before leaving the game. You’ve always been able to put your PS5 in rest mode, but that isn’t exactly the best option. The new Suspend Cycle feature doesn’t exactly save your progress, but it’ll create a single-use suspend point, allowing you to turn off your console and come back to that exact point later.

As soon as you resume playing, that suspend point will be deleted and you’ll be free to create a new one. This will allow players that are short on time to more comfortably enjoy the game without fear of their progress being lost. There are a few limitations, namely that you can’t suspend the game during a boss fight, cinematic, first-person section or intense fight, but otherwise, you’re free to suspend when needed.

Another highly requested feature being added is a Photo Mode. A medium mainstay these days, the Photo Mode will allow you to pause the game and tinker with visual settings to capture the perfect image. Players will be able to control the camera placement, change a number of lighting options, add filters and frames and play around with colour options before snapping the shot. You’re free to use this feature during boss fights, but not during first-person sequences.

The feature introduced in the 2.0 update will make an excellent game (which we gave a 9.5) more accessible, which is always a positive. The Returnal 2.0 update is available now on PS5.

Are you a Returnal fan? Will you be playing the game for the first time after seeing these features? Let us know in the comments or on our social media.