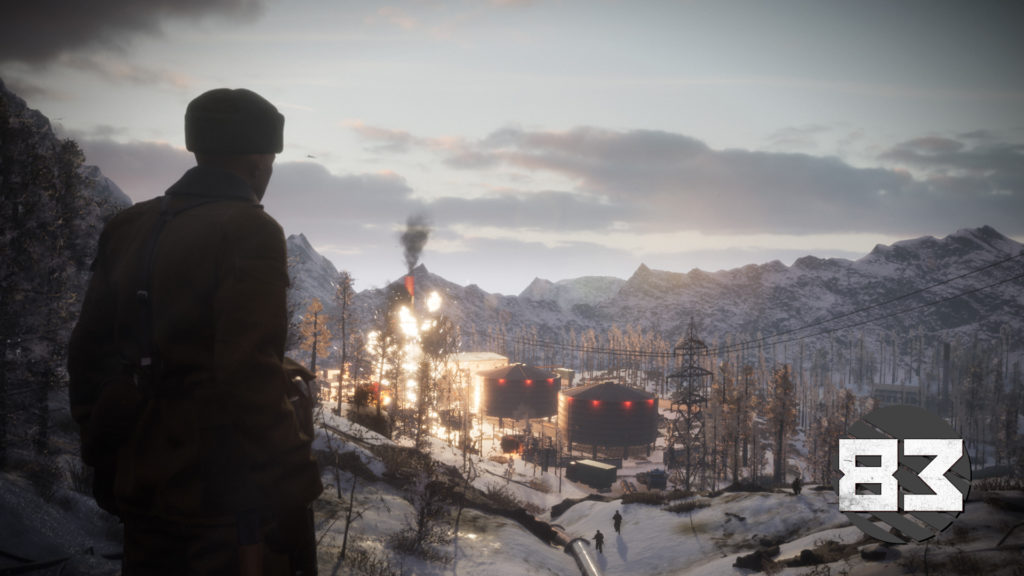 Set in an alternate history in which the Cold War does not simmer down during its most tense months and escalates into the Third World War (presumably before the planet is thrown into nuclear annihilation), ’83 is a big-map multiplayer shooter not unlike Antimatter’s previous efforts. Realism and authenticity are being emphasised, again, not unlike previous titles from the studio: Factors like ‘ballistic modeling, penetration, [and] real-world accurate recoil’ will borrow more from their real-world counterparts than fellow FPS games. No platforms have been announced, but it’s safe to assume that an Antimatter game will be a PC exclusive.

More interestingly, the outcomes of each individual match will determine the game’s future content:

As battles rage across the world of ‘83, every win, every loss, every supply line disrupted or silo destroyed helps turn the tide of the Cold War. Using Big Data analysis and analytics, the continuing narrative of ‘83 will be shaped by the actions taken by individual players, affecting content developed post-launch. In addition to this, individual acts of valour will be rewarded, with players being recognised for these world-shaping actions.

True to the period, players will choose between one of two (for now) factions: The democratic North Atlantic Treaty Organization (NATO) or the communist Warsaw Pact – hinting that the launch game will be set on the European continent. That said, tensions were felt across the world. Perhaps future content set in Hong Kong, protecting it from Communist annexation? Or a defense of Cuba from a second American invasion? The late Cold War is a period that I really love, so this is right up my alley. You can check out the trailer below, or check out ’83’s website:

Video games aren’t one to shy away from the Cold War, click here to find out which ones did it best.