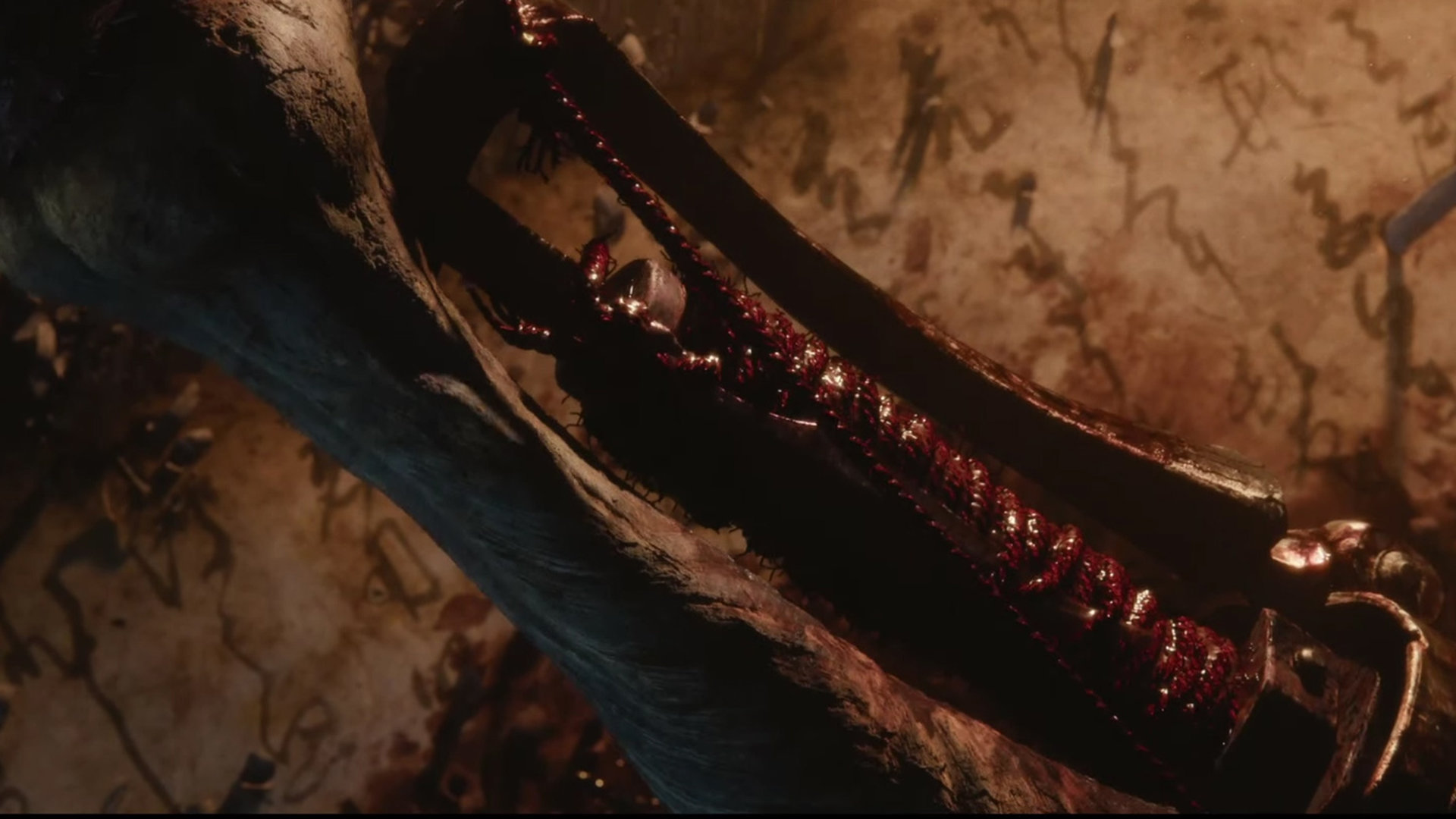 There has been a fair amount of speculation on whatever FromSoftware (the studio behind Dark Souls and Bloodborne) ever since The Game Awards where they teased their new game very vaguely. The teaser showed some form of weapon being demonstrated and then it faded to black with the text “Shadows Die Twice.” But what does it all mean?

Resetera user Omnipotent seems to have some answers. When someone asked the question “Souls-like or nah?”, Omnipotent clarified some things without revealing too much.

“What people consider to be ‘souls-like’ now has become so much of a blanket term that that’s a bit of a hard question to answer. I can say it’s not going to be Demon’s Souls adjacent and thats about it in terms of gameplay. You’re probably not going to see another set of games that can be as tightly knit together as Demons>Dark>Blood. But its still going to be a Fromsoft game, so take that as you will.” – Omnipotent via Restera

The information has been relayed on to Twitter via Nibellion as well as some more information regarding “Shadows Die Twice” and FromSoftware’s future. 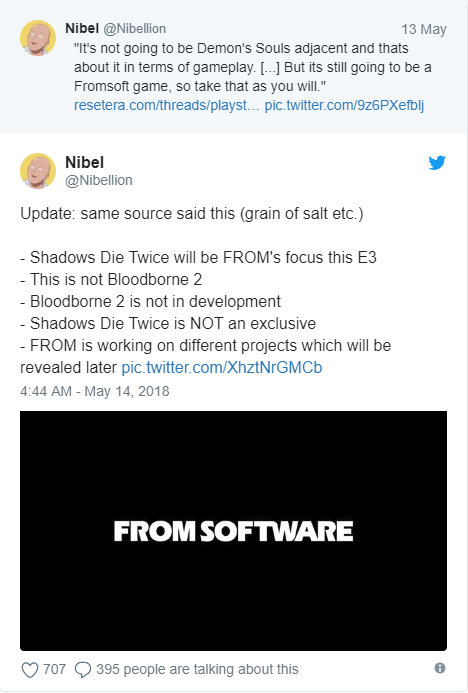 Naturally, this information should be taken with a grain of salt, but E3 is not far away so hopefully these rumours turn out to be true, but only time will tell.