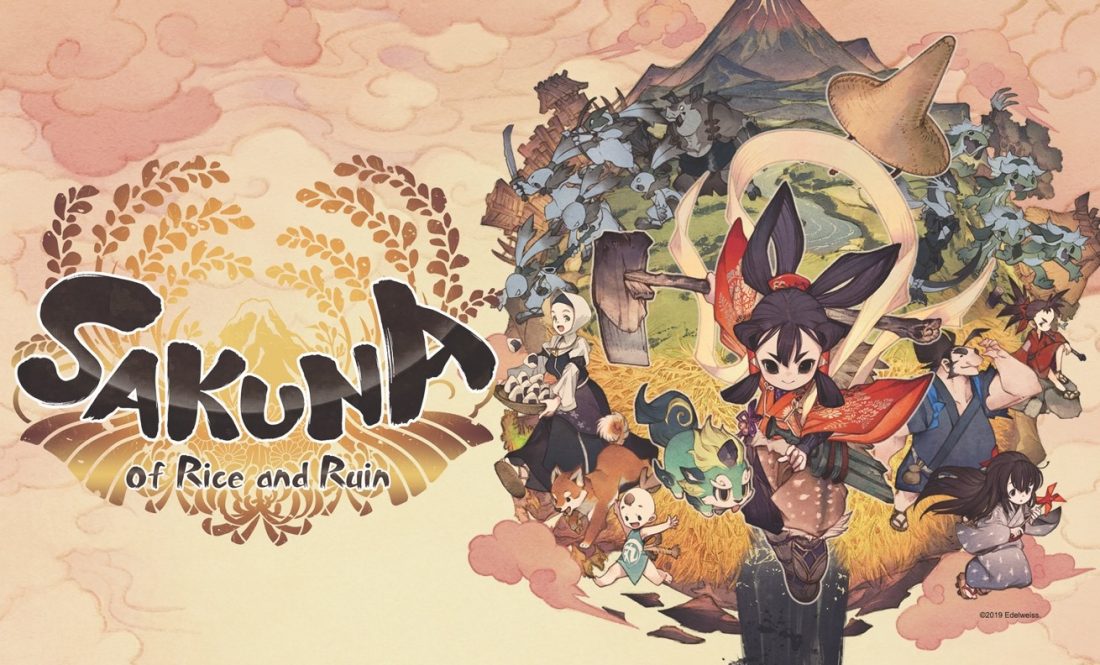 Farming games are some of my favourites and I’m always on the lookout for a new one. Most games in this genre have similar tropes and I tend to enjoy them regardless, but if one comes along that’s different as well as fun to play it’s always a pleasant surprise. Sakuna: Of Rice and Ruin had me reaching for my wallet and asking when I could throw my money at it after the first trailer. A historical Japanese-inspired world, detailed farming and side-scrolling combat had me hungry for more, and while I had to wait for the game for longer than I hoped, I had my fingers crossed that it would be worth it.

I feel you Sakuna, I do.

The game opens on a foggy bridge, with an unusual group of humans walking towards an unknown supernatural destination. They are confronted by a bandit who plans to kill these apparent deserters. In walks our pint-sized protagonist Princess Sakuna, the daughter of a war god and harvest goddess. Although she is small she loudly declares that she is an adult, but she is also clearly very drunk, sassy and spoiled. She yeets the bandit off the bridge after he insults her and tells the humans to head back to their world while she returns to the Ghibli-esque capital for the annual Day of Tribute for the head goddess. As Sakuna keeps chugging away the humans follow her into the Lofty realm, the land of gods and demons. Sakuna notices and rushes after them to stop them before she gets in trouble. In her stupor she accidentally knocks over a lantern and sets the entire offering on fire. This mistake sees Sakuna and her familiar Tama banished from the capital along with the motley crew of humans, to do hard yakka on the Isle of Demons, infested with all kinds of evil demons.

The first thing you notice about this game is how stunning it is. It is beautiful and detailed in its animation and the world and characters are all unique. I must have said wow a dozen times in the first five minutes alone. When I first reached the old farm on the Isle of Demons I was enchanted by the amazing scenery. The game has taken a slight hit graphically to run on the Switch, particularly with shadows, but it is still one of the prettiest games I’ve played on the Switch and it’s very at home on the system. All of the characters look great but Sakuna’s expressions in particular are so lively and are a huge part of why I loved her immediately, sassiness and all (I will also happily adopt her familiar Tama). With the changing seasons you get to see a new side of all of the levels and around the farm which shows off the amount of effort put into this world. Make sure you explore every nook and cranny of the farm and levels as you never know what you might find, or when a little back story or side quest will pop up.

This game has so much ambiance be it day or night

Sakuna: Of Rice and Ruin is built around two key aspects. The first is exploring levels in side-scrolling platform combat to find treasure, materials, currency and more by foraging and defeating demons. The other half is growing rice which is tied to all of your stats but also is a key source of food. While these two activities are very different they feel naturally interconnected, and the mixture you can achieve each day in game is completely up to you. The combat is interesting and is certainly more than button mashing, with three different weapon types and completely customisable move sets. You have a single-handed and two-handed weapon, and your divine raiment (the magical glowing shawl that Sakuna wears) in addition to eight special move slots, garments, hats and masks that you can chop and change as you please. If you’re not the best at combat there is a training hall near your farm where you can practice as well as highly tunable difficulty options where you can make either the combat, farming or both easier if it’s bugging you. This is a great option allowing players who may not be the best at one aspect to experience the game fully.

The farming aspects are really well simulated and relaxing as a result of being realistically detailed without the sweat and back pain. There is effort required but it feels real as well as rewarding. You get to decide everything, which can be overwhelming at first, but practice is key. Either by design or because of the pace I played, the game gave me time to figure things out for a time before giving me the all the answers, but I think this gives a good level of challenge that can be missing from many farming sims rather than being a negative. You till the earth, you plant each individual rice plant, you decide the water level, find helpful critters, mix the fertiliser and more; every little aspect is there for you to experience. The farming controls are all very tactile and once you get used to them the movements add to the immersion. It’s very easy to get absorbed in each day’s activities that before you know it you’ve got your first batch of rice.

The farming is detailed but not tiresome

Each season is three days long as rice doesn’t grow overnight, but you don’t want to be staring at it all day either. During the day is when your crops are going to need the most work but it is also when monsters are weakest. Make sure you watch the clock because after dark monsters can pose a serious challenge, particularly when you’re not powered up by ricey goodness, doubling if not tripling in level. You really need to make sure you use your time wisely, sorting out your crop in the morning, heading to explore and forage to progress the story and find food during the day, sorting out any weeds in the arvo and then feeding yourself at night if you want to regenerate health. That is when you’re not preparing a new crop, as then you have to hang up your weapons for a bit to focus on the farm.

In many farming games you find a food item and it lasts forever, but not in Sakuna. You have to preserve it, cook it or lose it after a few days, so make sure you sort out your foraged goods and meats through essentially food-based crafting before dinner. While being your only chance to restock your hunger (which heals you out of combat for one thing) and gain some extra buffs while you’re at it, dinnertime allows you to learn more about the characters and maybe some of the story as well. As you progress in the story (which is great by the way) and complete side quests you gain new improved skills, workshop items, animals and more to make things easier, as well as getting your human companions to starting chipping in more.

There are so many great things to say about this game that I can’t do them all justice. The writing is superb, the voice acting is awesome, the music meshes perfectly with the theme and the feeling of each scene, plus the cast of characters makes this game one of the best I’ve played all year. This game has so many things going on, but in this case it’s not a bad thing at all. Nothing feels lacking because of it and I feel you could play this game for over a hundred hours and still be discovering things. If you feel lost, take your time and do what feels right – trial and error is a necessary evil. At twenty hours in I had six in-game years under my belt and some mini bosses that once troubled me became a piece of cake, but I was still learning and having fun while doing it. I never felt rushed to progress the story, it happened naturally as I explored for goodies and gained enough strength to squash the demons in my way. Oh, and the icing on the cake? You can pet and carry your pet doggos and kitties around, and I don’t care what you say it’s friggin’ adorable so thanks to the developers for letting me have my cake and eat it too. 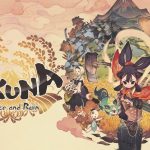 Sakuna: Of Rice And Ruin Review
Farming At Its Finest
Sakuna: Of Rice and Ruin is a heavenly combination of realistic farming, combat and exploration served with a hearty side of great characters and writing
The Good
Detailed and engaging farming
Dynamic combat and exploration
Variable difficulty possibilities and good level of challenge
Stunning art style, fabulous writing and great voice acting
Pet and carry doggos and kitties
The Bad
Shadows take a hit on Switch
Tutorials may not be as immediate as some players may like
10
Godlike

Sakuna: Of Rice And Ruin Review
Farming At Its Finest
Sakuna: Of Rice and Ruin is a heavenly combination of realistic farming, combat and exploration served with a hearty side of great characters and writing
The Good
Detailed and engaging farming
Dynamic combat and exploration
Variable difficulty possibilities and good level of challenge
Stunning art style, fabulous writing and great voice acting
Pet and carry doggos and kitties
The Bad
Shadows take a hit on Switch
Tutorials may not be as immediate as some players may like
10
Godlike
In this article:beautiful, Dynamic combat, Edelweiss, farming, Farming Sim, Good doggos and kitties, Japanese, Marvelous Games, Mythology, Nintendo Switch, pc, platforming, ps4, Sakuna: Of Rice and Ruin, Side-scrolling, voice acting, XSEED Games