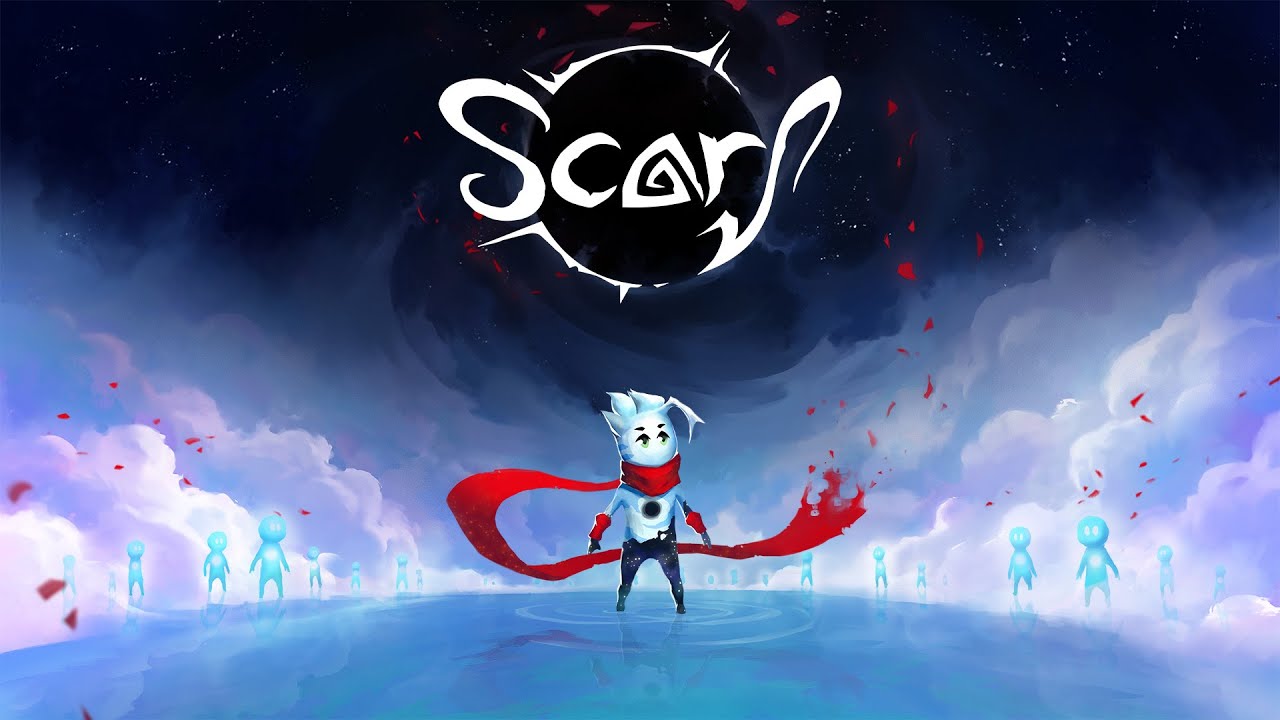 It’s jolly and cheery, sure, but the holiday season can also be stressful and packed with commitments. During this time, it can be nice to just rug up in a comfy sweater, make a hot chocolate and play a low impact game after smashing through this year’s wave of AAA titles. Well, seeing as though it’s Summer here, the sweaters and hot chocs aren’t exactly an option, but the cruisy game is still a go. Developed by Spanish team Uprising Studios, Scarf is a 3D puzzle platformer that offers pretty visuals combined with simple yet enjoyable gameplay, while also letting us Aussies vicariously enjoy Winter wear during Christmas.

Scarf opens with a sombre tale of separation and violence. Narrated still images depict a beautiful crimson dragon made of cloth and its young offspring being set upon by greedy souls that look to use its power for themselves. These small blue lifeforms succeed in devouring the mama dragon’s energy and use it to open portals to new worlds. This leaves her dragon child alone and helpless, searching for a hero to help save the day.

Red grass seems normal when your scarf is a dragon

This is where we’re introduced to our protagonist, Hyke. Similar in appearance to the other blue spirits (save for a mop of endearing hair), Hyke wakes from a dream before meeting the aforementioned baby dragon creature. After a moment of hesitation, the two form a connection, with the dragon transforming into a sentient scarf that Hyke wears and later uses in fantastical ways. Opening like a typical Pixar film, Scarf may initially seem run-of-the-mill, but hang in there, not everything is as it seems.

Going through the tutorial motions of learning to move, jump and run, you’ll soon find yourself in a hub area comprised of multiple portals. The largest of these portals is powered by glowing red orbs, with two being stolen by the blue baddies as you approach. Taking off through one of the other three portals, your task is laid out in front of you – chase after the thieves, retrieve the orbs reunite your newly found friend with its mother.

Each of the three portals leads to a different biome, filled with slightly different challenges. From stony temples and grassy fields to dry desserts and underwater labyrinths, the areas that you and your trusty scarf explore are decently varied for a short, three-hour experience. The locations are as beautiful as they are different, with each new area being filled with vibrant colours and a storybook dream-like aesthetic.

Within each world, you’ll be tasked with tracking down the spirits and regaining the energy fragments. Between you and your goal, however, is a barrier that can only be removed by collecting a number of magical pieces of fabric that are scattered throughout the level, protected by platforming challenges and puzzles. The initial platforming sections are basic, but as you traverse the worlds, you’ll gain different abilities that deepen the experience somewhat. With the use of your shape-shifting scarf friend, you’re able to double-jump, swing and glide. Movement is a little floaty perhaps, but all of the abilities are fun and work well, though you’re never really pushed to use them all in conjunction which is a shame.

As you jump, swing and glide around, you’ll bump into a number of different puzzles that hope to have you scratching your little blue head. Primarily environmental, the puzzles mainly revolve around objects of power that exhibit different effects in a given puzzle. The best use of this comes in the form of an orb that repels water, allowing you to walk around in a giant bubble, interacting with objects that would otherwise be out of reach. There are a few other examples, such as blocks that blow gusts of air to move floating platforms around, but the majority of your puzzling will revolve around pink crystals that, when placed on their respective pedestals, will power lifts or make platforms appear. There’s nothing inherently wrong with these puzzles, but they get a bit long in the tooth, even in such a short game.

Scarf runs at a fairly slow pace, allowing you to soak in the vistas and appreciate the adorable muffled nothings that Hyke exclaims with every movement, but there’s also a sizeable amount of padding that artificially lengthens your playtime. Moving crystals back and forth arbitrarily is one thing, but the incessant need for the game to stop and pan over to the area’s point of interest before giving you control got old fast. I understand that Scarf will appeal to a younger audience and that this could be helpful in that regard, but it was a bit frustrating after a while. Even more egregiously, there are a few sections that strip you of your abilities and leave you with nothing but a jump. Yuck.

The vibrant colours really bring the worlds to life

Throughout the levels, you’ll likely stumble upon ominous black spheres that your scarf bud will try and pull you away from. This sounds like an obvious sign to stay away from them, but when you interact with them, they show you a glimpse of the same story that was told to you but from the perspective of the blue spirits, known as Nomads. Your first encounter with these spheres will get you thinking, but as you uncover more, you might discover that your narrator has been less than faithful to the truth.

The narrative doesn’t have a rug pull moment, rather it slowly shifts the rug and lets you decide whether to jump off or starfish in the middle. Depending on whether you collect all of the red orbs or interact with all of the black ones, you’ll get one of two different endings, one of which may be considered ‘good’. For a seemingly cutesy game, this shift caught me by surprise and motivated me to uncover both sides of the tale. 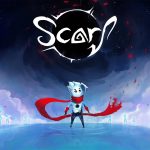 Scarf Review
Nicely Knitted
A simple, yet enjoyable puzzle platformer, Scarf is a beautiful title that plays around with the tried and true tale of the hero defeating evil.
The Good
Simple yet enjoyable platforming and puzzles
A beautiful aesthetic with cute characters
A simple story with a surprising twist
Good environmental variety
The Bad
Lengthening the runtime by taking away control
The abilities never really came together
Taking away your abilities is a drag
7
Good

Scarf Review
Nicely Knitted
A simple, yet enjoyable puzzle platformer, Scarf is a beautiful title that plays around with the tried and true tale of the hero defeating evil.
The Good
Simple yet enjoyable platforming and puzzles
A beautiful aesthetic with cute characters
A simple story with a surprising twist
Good environmental variety
The Bad
Lengthening the runtime by taking away control
The abilities never really came together
Taking away your abilities is a drag
7
Good
In this article:3D Platformer, HandyGames, pc, puzzle platformer, Scarf, Steam, Uprising Studios