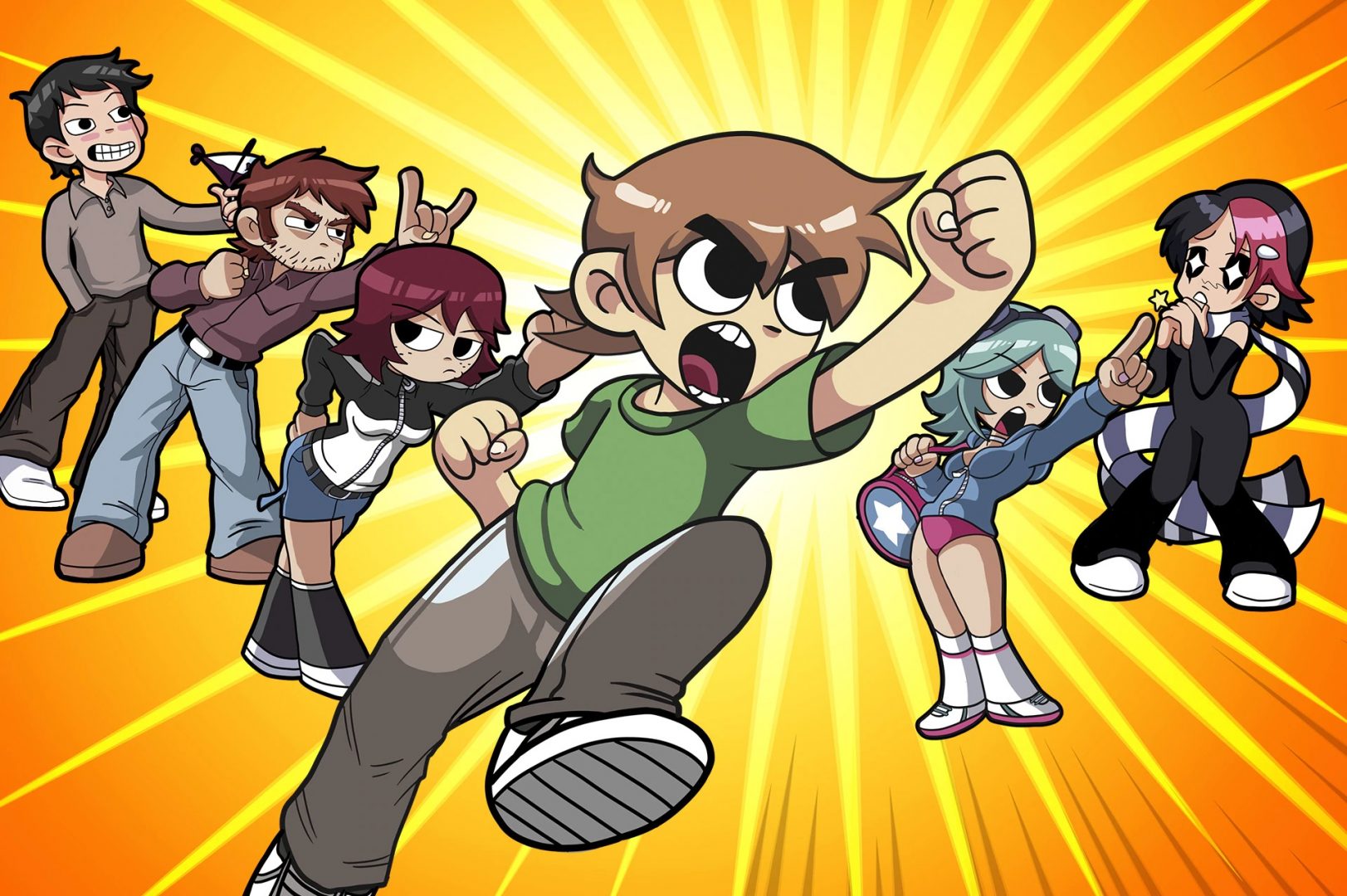 When Scott Pilgrim vs. The World: The Game was released in 2010, it was met with generally positive reactions. Its heavy inspiration from 1989’s River City Ransom proved to be much of its appeal: “It may start off feeling slow and sluggish”, wrote Kotaku’s Mike Fahey, “but as new moves are unlocked and your stats increase, it begins to grow on you, ultimately delivering an overall satisfying experience.”

Scott Pilgrim vs. The World: The Game’s removal from digital marketplaces in 2014 was, for many, a first caution about the pitfalls of digital distribution (but certainly not the last). Downloadable games were still a relatively new and generally tolerated phenomenon, making Scott Pilgrim’s disappearance resonate through the gaming landscape. The game’s fans, its designers, and even the franchise’s creator hoped for its return, but their cries went unanswered for the better part of a decade.

Perhaps the most iconic example of a lost video game of the last decade, Scott Pilgrim’s status as that excellent beat-‘em-up from yesteryear has essentially gone unchallenged. Its unattainability has lent it an aura of invincibility that is persisted through the occasional retrospective puff piece. To play Scott Pilgrim vs. The World: The Game, you had to rely on video game archaeology. If you didn’t have a copy, you had two options: Take out a chisel and carefully break apart the ebay clutter to find consoles with the game on it, or brush away the authenticity and settle for an emulated version.

With Scott Pilgrim’s re-release, this mystique built over the span of ten years is finally in danger of breaking apart. That’s not to say that it’s secretly been an awful game this whole time and that we were all lied to. Scott Pilgrim vs. The World: The Game – Complete Edition is every bit the pleasurable arcade fighter, with a superb soundtrack, that it was ten years ago. However, the hype that it had re-built for itself has made the overall experience disappointing…without any actual disappointments.

Demon babes and live music: Together at last!

Scott Pilgrim vs. The World: The Game’s previously mentioned inspiration from River City Ransom is far from superficial. Arcade beat-‘em-up action merges fluidly with role-playing game mechanics to recreate the gameplay style of those NES era bashers. Pick your guy (or girl) then beat up some goons, power up, fight boss, rinse and repeat. Intentionally as simple as they come.

It’s true that the game starts off “feeling slow and sluggish”, but controlling it becomes far less stiff as you moveset grows. That’s accomplished through gaining experience via combat, which is one of the game’s weaker points, especially when considered as a co-op arcade basher. Each character has to be levelled up individually, and the difference between them is negligible for those unaccustomed to the genre. If you want friends to simply jump in and have a good time, you’ll need to level other characters so that they aren’t turned off by the frankly stiff early controls. Grinding time! This is a problem that existed in the original game, and it’s silly to discover that it hasn’t changed.

Another problem with the original game that’s stuck around is its insane difficulty. Most reviews in 2010 of Scott Pilgrim vs. The World: The Game make a point of mentioning how nuts its difficulty is – single-player gameplay is especially egregious in this regard. If you’re playing by yourself, you can expect to have your heinie hammered until you can upgrade your stats. And then you can have it pounded again when you hit the later levels. By no means a detriment, especially to masochists, but nevertheless something that could have used some tweaking.

Multiplayer apparently solved this issue a little bit in the original version, but the Complete Edition adds a sorely-missed feature from said ten-year-old game: Online multiplayer! I’m doubtful that it’ll keep a large enough playerbase after all this time to warrant said feature, but it’s still a welcome addition that grants a level of closure to fans of the original version. I was unfortunately unable to test the multiplayer aspect of the Complete Edition – online or off – for the purposes of this review, but my vague memories of playing the original while hungover after a weekend-long bender should suffice. I can confirm that Knives’ butt-smack charge attack cured my headache better than berocca ever did.

Visually and audibly, Scott Pilgrim vs. The World: The Game is still sublime. Its backgrounds still carry a striking distinctiveness, and the pixel art of its characters are unchained from the aesthetic of nostalgia by sticking to the comic’s visual style. Its music manages to be simultaneously a good replication of late-80s video game music and a highly recognizable sound style. It needed no upscaling of resolution or fancy new bells and whistles, and it got none. Undoubtedly a wholeheartedly pure re-release.

But that’s simply it! Scott Pilgrim vs. The World: The Game – Complete Edition is an unaltered re-release of a title that’s been lost for more than six years, remembered only by boomers like myself. My experience with the source material – the Scott Pilgrim vs. The World comics – is almost nil save for a passionate defense of the 2010 film adaptation, so the fan service that’s apparently abundant is somewhat lost upon me. Rather, the lackluster personal reception was based upon how I thought the game would be.

We didn’t remember this game as the good game that it is. We remembered it as the moment when it finally dawned upon us that these online-only games weren’t going to last forever. Its lack of replay value made sure of its position as such a martyr; a game that people enjoyed once then was never seen again. To those who were privileged enough to have it on their consoles, it became more of a hipster collector’s item than something to break out at parties. Even with a physical release (finally!), it’s hard to imagine the world being altogether different if this game had remained buried.

As a hardcore preservationist, a statement like this is self-blasphemous. The cause of aggressive and complete preservation of video games is important for both future social historians and present retro game lovers. And yet, I remain utterly convinced that Scott Pilgrim vs. The World: The Game served the preservation cause more as a lost treasure than a re-released one. There’s no doubt that it’s a chest-out proud arcade basher with a few hiccups, but there’s a lesson that’s been lost. That lesson is one that we now learn more frequently than we used to, certainly, but to lose one of the last decade’s most iconic example of the hazards of digital distribution makes its problems seem that much more ignorable.

Wachya gonna do when they come for you?

Scott Pilgrim vs. The World: The Game – Complete Edition is the same game that everybody lamented when it was lost six years ago. The progression-based game flow, the fantastic visuals and soundtrack, and the same problems bar one. While it’s nice to have back what’s become something of a legend in its absence, you know what they say about meeting your heroes. 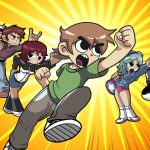 Scott Pilgrim vs. The World: The Game – Complete Edition Review
Here To Make You Think About Death And Get Sad And Stuff
Scott Pilgrim vs. The World: The Game is a solid enough beat-em-up that was murdered in its prime. With its return in Complete Edition form, it can be experienced once again...but an iconic warning about the perils to preservation has been lost, as has some of its legend
The Good
Visuals and sound still rock
Gameplay starts slow but picks up into a gallop
Online multiplayer, at last
The Bad
Difficulty remains high
Grinding is tedious
Lost mystique
7
Good

Scott Pilgrim vs. The World: The Game – Complete Edition Review
Here To Make You Think About Death And Get Sad And Stuff
Scott Pilgrim vs. The World: The Game is a solid enough beat-em-up that was murdered in its prime. With its return in Complete Edition form, it can be experienced once again...but an iconic warning about the perils to preservation has been lost, as has some of its legend
The Good
Visuals and sound still rock
Gameplay starts slow but picks up into a gallop
Online multiplayer, at last
The Bad
Difficulty remains high
Grinding is tedious
Lost mystique
7
Good
In this article:2020, Aza Hudson, complete edition, pc, review, scott pilgrim, Ubisoft