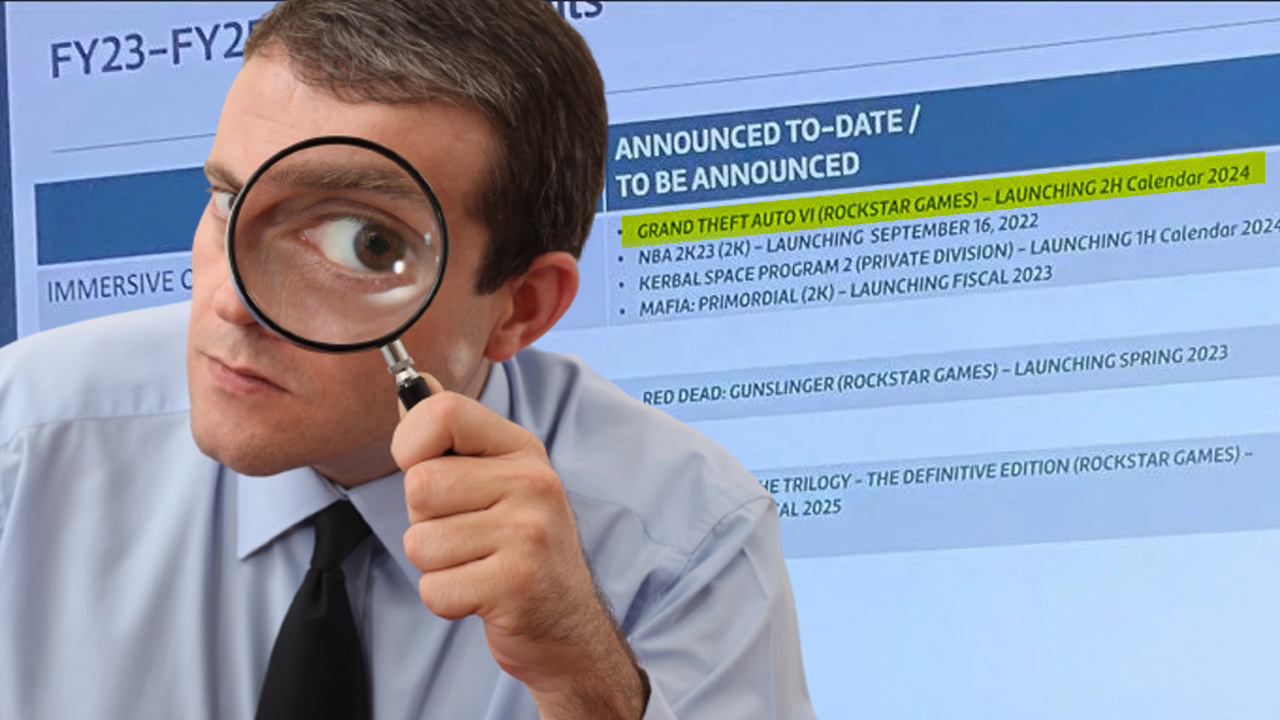 To many, it feels like the reign of Grant Theft Auto 5 may be unending – but a ‘leaked’ internal presentation document may well have suggested a rough endpoint to the mad king.

The image above, supposedly leaked from a presentation with the video game publisher Take 2 has appeared on the Tech4Gamers website – detailing the long term release plans for many familiar Rockstar Games/Rockstar adjacent properties. These include Grand Theft Auto, Red Dead, Mafia and Max Payne – and a handful of 2K properties such as the NBA 2KX series and Kerbal Space Program.

As always, take this with a grain of salt – the leak itself is absurdly clean for such a well guarded secret, and many denizens of the internet have come forward to claim their part in it’s forgery.

DEBUNKED! The leaked Take 2 pipeline photo is fake. This guy on Mafia Reddit claims he did it in 15 minutes. #GTA6 pic.twitter.com/vH7CCcA6zW

Whatever the outcome, the longstanding rumour regarding GTA6 is that it will take place in the same area/time period of Grand Theft Auto: Vice City – and may well star the series first female protagonist.

Given the dry period of announcements regarding a sequel, even a questionable leak must be sustaining for long term fans of the series.

Are you ready to retire Grand Theft Auto 5? Let us know in the comments or on social media.