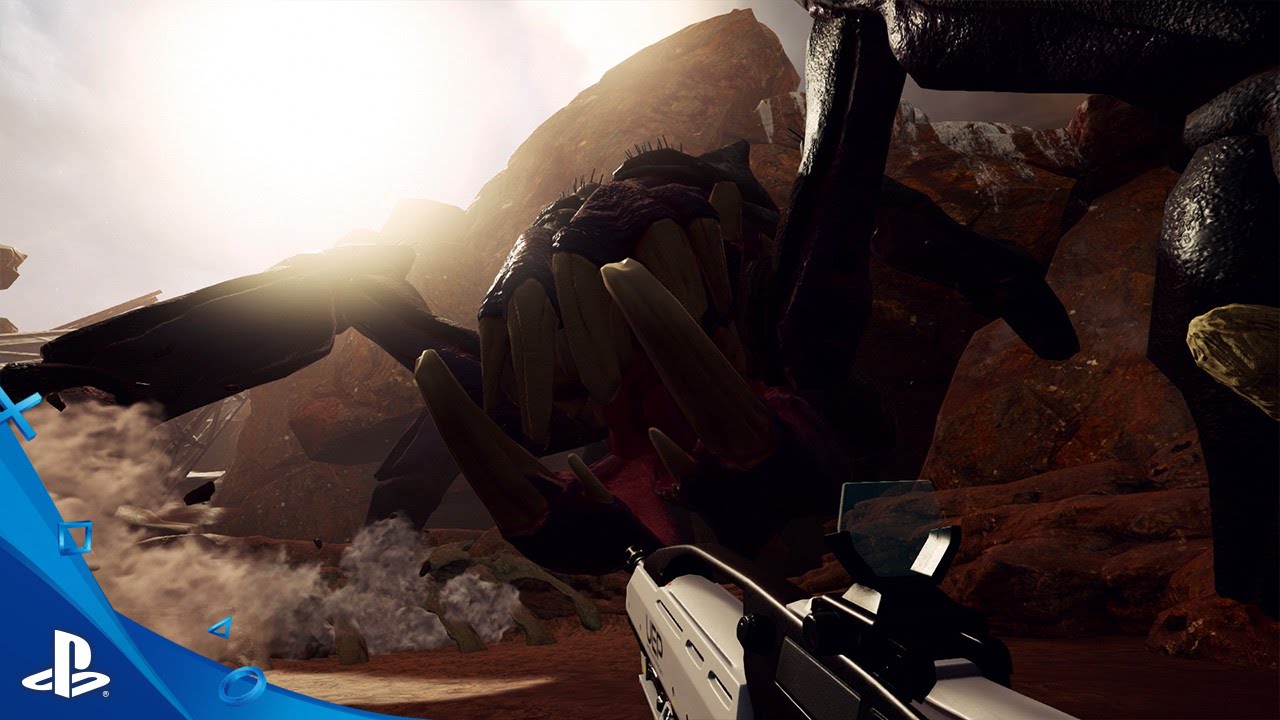 Another new IP to be unveiled by Sony this morning was the upcoming PS VR title Farpoint.

Being developed by Impulse Gear, Farpoint is an unnerving VR space adventure set on a hostile alien planet. On a mission to pick up scientists studying an anomaly near Jupiter, a rupture from the anomaly transports the player and scientists to an unknown alien world.