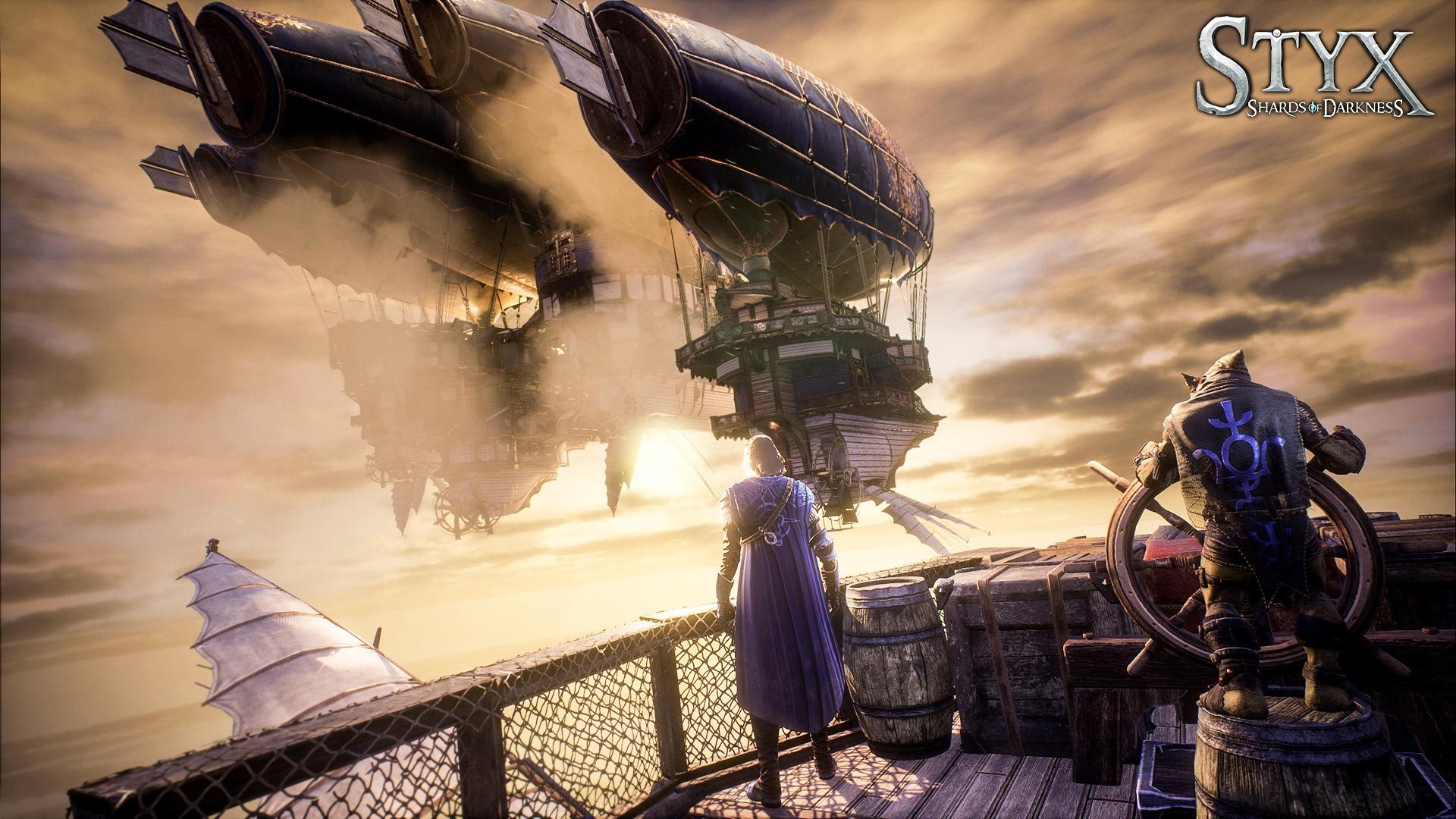 Styx’s second adventure builds upon the foundations laid in the tower of Akenash, with more fluid movement and climbing abilities, a richer story told with cinematics including an enhanced bestiary, side-missions to complete, as well as new and improved sneaking and assassination skills.

The titular goblin’s aerial abilities have been improved and expanded. Swing from ropes and attack from above with a slew of new tools such as the crossbow, with a range of different bolts such as the non-lethal poison bolt. The crossbow can be used not only to kill or disable enemies, but also to detach environmental objects crushing those below.

Cloning is one of Styx’s signature abilities, and they’ve received a major upgrade. One of the new upgradeable abilities is the cocoon, which is a craftable item that you can throw to spawn your clone at a distance. Another new ability is called Rebirth, which teleports Styx to his clone’s location, killing it in the process. It can be used in a number of ways – to travel to spots that are difficult to reach, or to get out of danger when things get dicey.

You will need to use all of Styx’s tools and abilities to get to your goals. If you choose to specialize in crafting, Styx gets access to another craftable contraption, the Acid Trap, which dissolves enemy corpses after they step on them. This is particularly useful against enemies whose armor cannot be penetrated by Styx’s dagger, and enemies whose body is too heavy to carry.

Styx: Shards of Darkness comes out March 2017 on PlayStation 4, Xbox One, and PC.

In this article:Five Star Games, Shards of Darkness, Styx