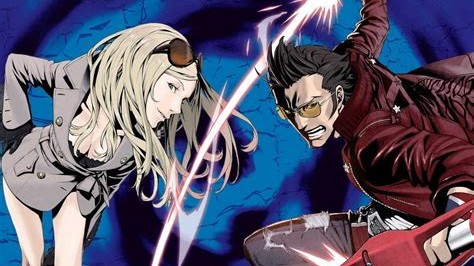 I don’t know about you guys, but here at WellPlayed we’re pretty big fans of Goichi Suda (Suda51) and his team at Grasshopper Manufacture (well, at least a couple of us anyway). So when the man himself says anything about any of his upcoming projects, let alone something as beloved as No More Heroes, you know we’re going to be paying attention.

Well, Suda has gone and done just that. In an interview with Dengeki PlayStation with translation shared over on Gematsu, Suda51 responsed to a question asking whether the original No More Heroes games might make their way to PlayStation 4 with:

“Yes. We’re currently in talks with Marvelous to make that happen. It’s in positive consideration, so I hope we’ll be able to make a good announcement.”

Good enough for me! Though we already got something of a HD re-release of the very first game on PS3 with No More Heroes: Heroes’ Paradise, the second game still hasn’t made an appearance since the original Wii release. I’d love to see these fantastic games given another chance to shine on modern platforms, and now that Grasshopper Manufacture have made mention of both the PS4 and the Switch (in past interviews) being potential targets for re-released it’s looking pretty dang likely.

Meanwhile, the port of the recent Nintendo Switch entry, Travis Strikes Again: No More Heroes Complete Edition is still on track to release on PS4 and PC in Japan this coming October. Still no word on a release date for the West, though.