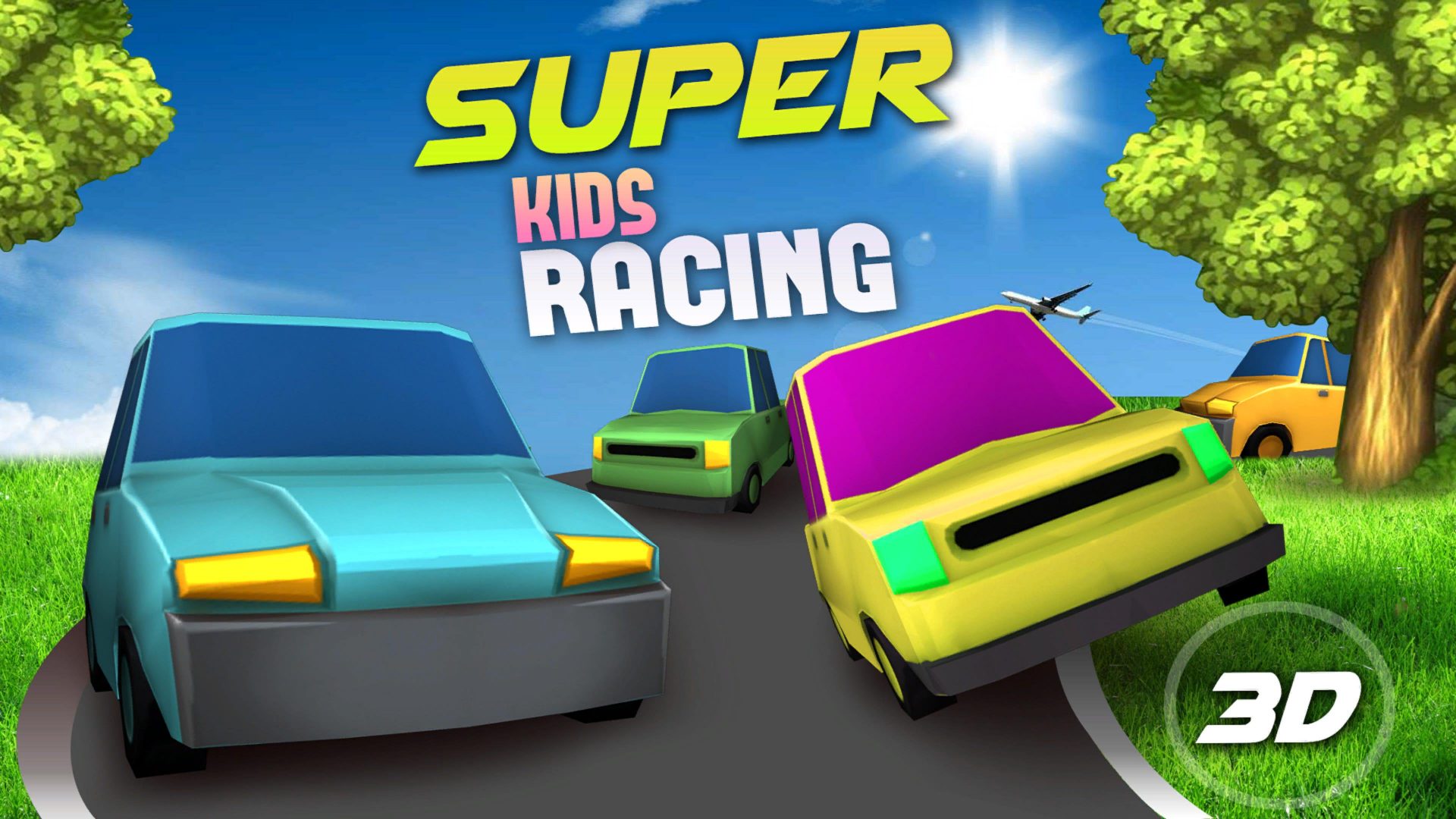 For the longest time, the racing game genre has been ruled by the Forza series – a Microsoft exclusive – leaving many PlayStation 4 owners in the dust. So when Super Kids Racing, a console port of the PC and mobile game of the same name, was released on the PS4’s digital storefront today I absolutely had to check it out. I couldn’t find any solid contact with the game’s developer “YASH FUTURE TECH SOLUTIONS PVT LTD” to ask for a review copy, but I was happy to part with the $11.21 they’re asking (the game is currently 25% off on PSN as a launch special!) because I had a feeling it was going to be worth every cent.

Super Kids Racing is described in its listing on PSN as the ”ultimate kids racing adventure” and promises to “give you chance to make your kids happy with your happiness”. Now, I’m not a parent, so I can’t say with any certainty how my hypothetical children would feel about the game, but according to the description my own happiness is what would make them happy, so as long as that pans out I think we’re golden. What’s certain is that this game will provide relief for the tens of parents that are sick and tired of all the gratuitous violence and hardcore, pornographic sex in today’s racing games. 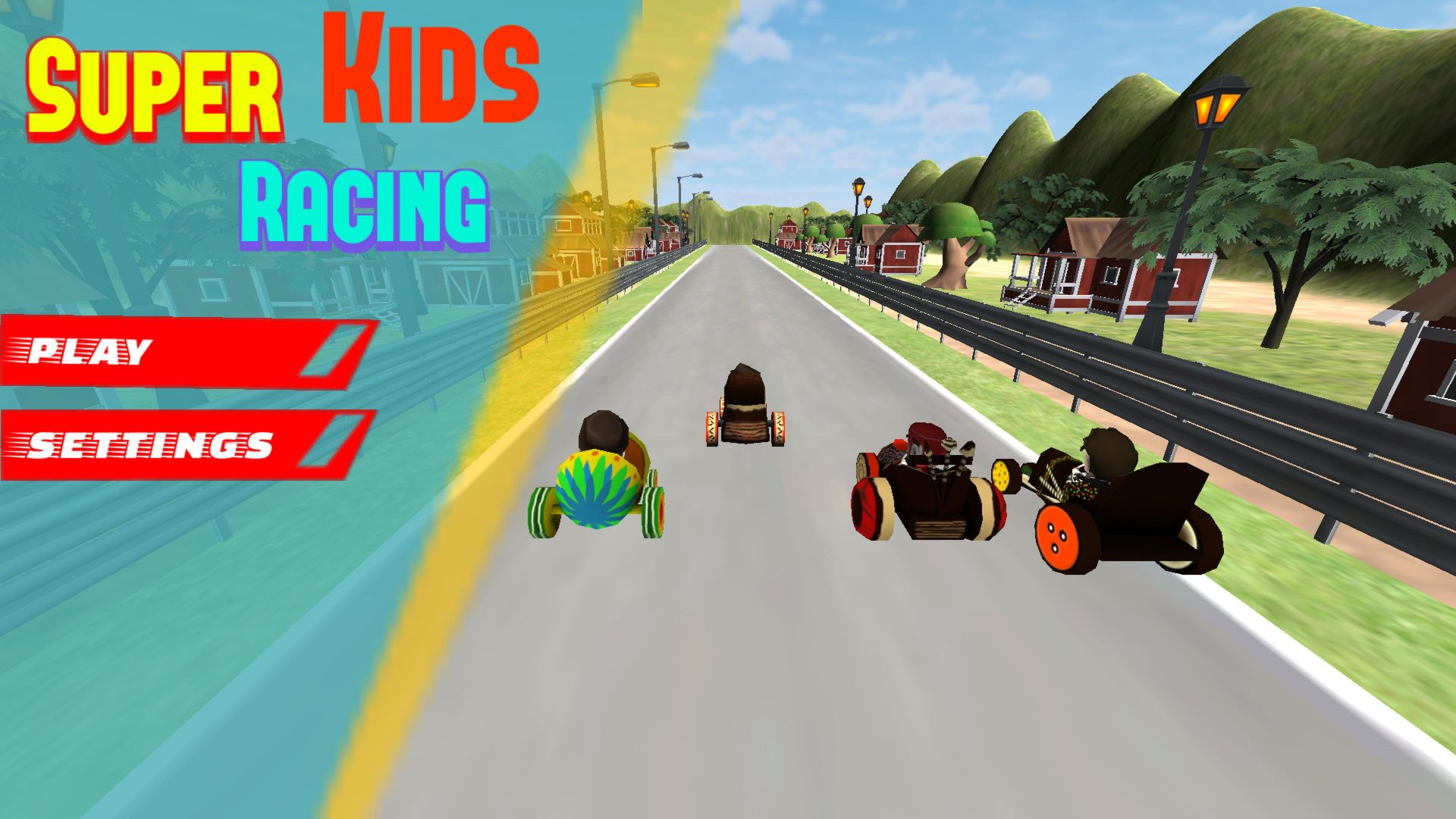 As soon as I started the game and the title screen appeared I could see exactly the level of presentation that I could expect from the game. Four kids race down a quaint country town in real time as animated text in the top left corner tells us the game’s title, moving up and down and in and out, something that took me ages to master in PowerPoint at school. What all of this does is inform the player that not only will there be some serious 3D racing going on here, but it’s also going to be a bit of a whimsical and fun time. Very smart stuff.

Super Kids Racing has over seven different races to choose from. There is a total of eight of them, in fact, and each has their own completely unique environment; a city, snow, a racing circuit, snow again, a lake, a desert and two more racing circuits. Once you’ve selected a track a short loading screen appears to remind you which game you’re playing, including a handy “3D” logo in the bottom right in case you mistakenly prepare mentally for the wrong number of dimensions. Next you’re asked to select a car from a huge selection including sports cars, racing cars and small children in go karts. There are over 100 cars available to choose from if you count the 90% of them that are reskins, which is exactly what the developer has done. Everything is here from the small but zippy ‘Boast Car’ to the startlingly powerful ‘Befugins Omega’. I’m not sure how the developers even got the license for the ‘Zester’ but it’s here. 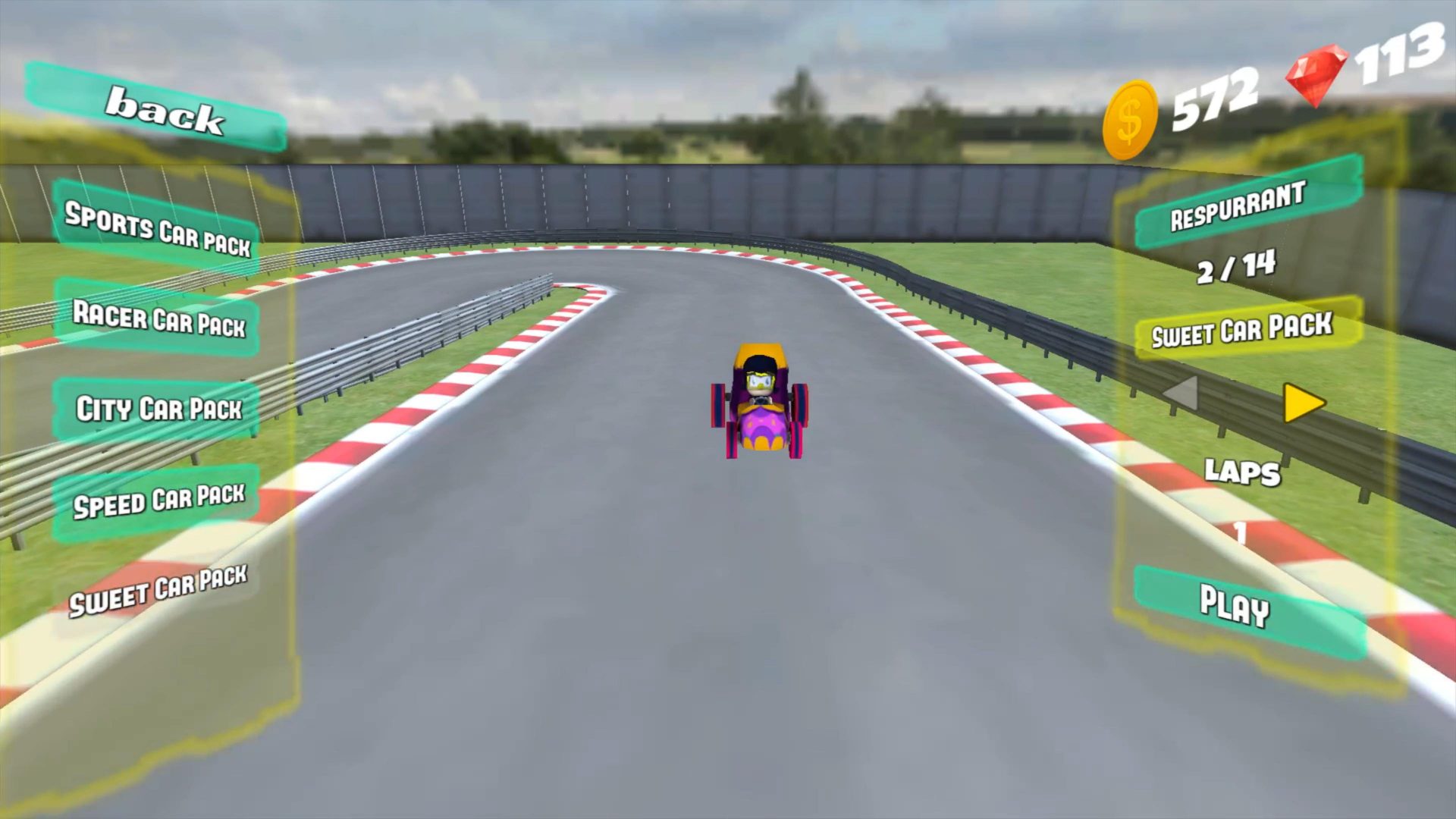 Alright, now it’s time to race! Much like any game of this kind, races progress from a ‘starting line’ and continue on a predetermined path until reaching the starting line again, resulting in a completed ‘lap’. Super Kids Racing has more laps than I’ve seen in a racing game for a long time, up to 100 per race if you so choose. That’s a lot of laps. Staying on the tracks long enough to reach the end is pretty straightforward, as the handling model is very forgiving. If the sheer number of different vehicles available seems daunting at first, the good news is that they all feel exactly the same. There’s no need to worry about driving off the track itself either as all surfaces like road, dirt or grass are treated exactly the same according to the game’s physics engine, so you can pretty much drive wherever with no consequences. Now that’s what I call player freedom. Thankfully the developers have included a tonne of handy invisible walls to stop nasty cheaters from cutting corners and ruining the integrity of the game. 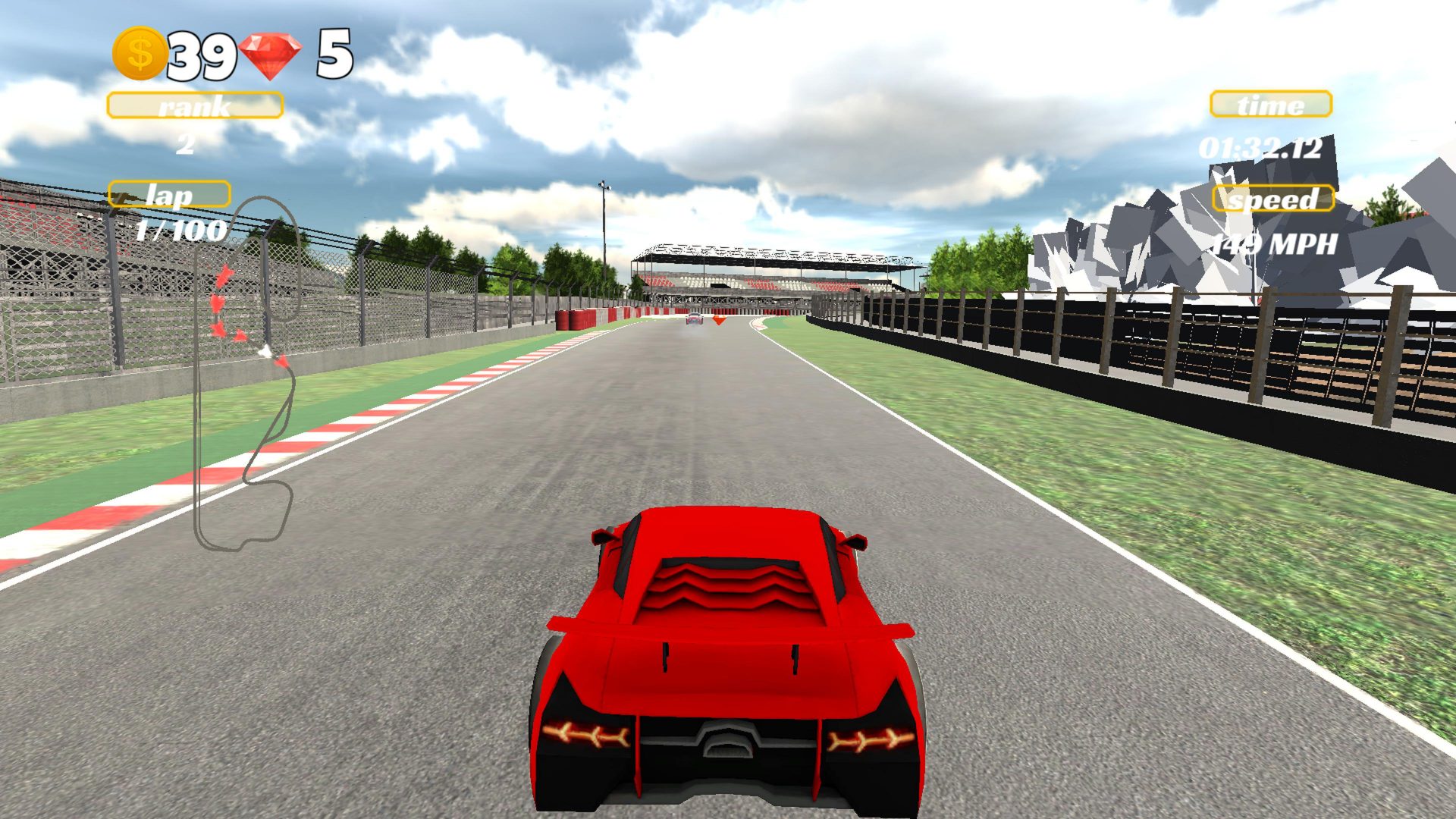 While racing, you’ll also pick up plenty of collectibles. The main pickups are golden coins, which are used to unlock all of those tracks and cars. There’s even a bonus challenge built into the game where you need to guess how many coins you’re about to spend to unlock something because it rarely tells you. The other collectibles are shiny red diamonds, which add to your number of shiny red diamonds when you collect them. There are also four trophies to earn and show off on your PSN profile, which are obtained by amassing increasing numbers of those coins. It can take up to 20 minutes to grind for enough coins to unlock all of the trophies, which doesn’t seem like a long time, but that’s actually around 140 dog minutes!

Visually, Super Kids Racing might not have all of the advantages of a ‘modern’ or even ‘past’ video game rendering engine, but the graphics on show are almost completely functional. The view when racing defaults to the typical behind-car camera that most people like, and the game promises that pressing the triangle button will change this to one or more other views. Unfortunately I was unable to test this feature despite pressing the triangle button repeatedly over many different races with no result. My only conclusion is that my controller must be faulty, so I’m going to assume that it’s definitely a feature and the developers didn’t just forget that they listed it on the controller guide that pops up before every race. Now, some might find fault with the graphics during races, as objects tend to ‘pop in’ to view only once you get super close to them, but to be fair they also pop right back out before they’ve even left the screen so that kind of balances itself out. Rounding off the feature list are weather and time-of-day effects that do a good job of portraying ‘clear skies at midday’ in every race. There’s also a very listenable soundtrack presented by the universally-loved backing tracks from a Casio keyboard.

Why the fuck is this game even allowed to be sold on the PSN store? The only reason I didn’t give this game a zero is because the website won’t let me.

Reviewed on PlayStation 4 Pro // Game was self-purchased by reviewer 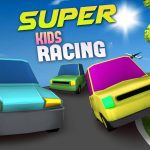 Super Kids Racing PS4 Review
It Just Works
uper Kids Racing isn't just the best racing game I've played all day, it's the only one.
The Good
Technically functions
The Bad
I could have bought a shitty pizza with that $11
1
Rough As Guts