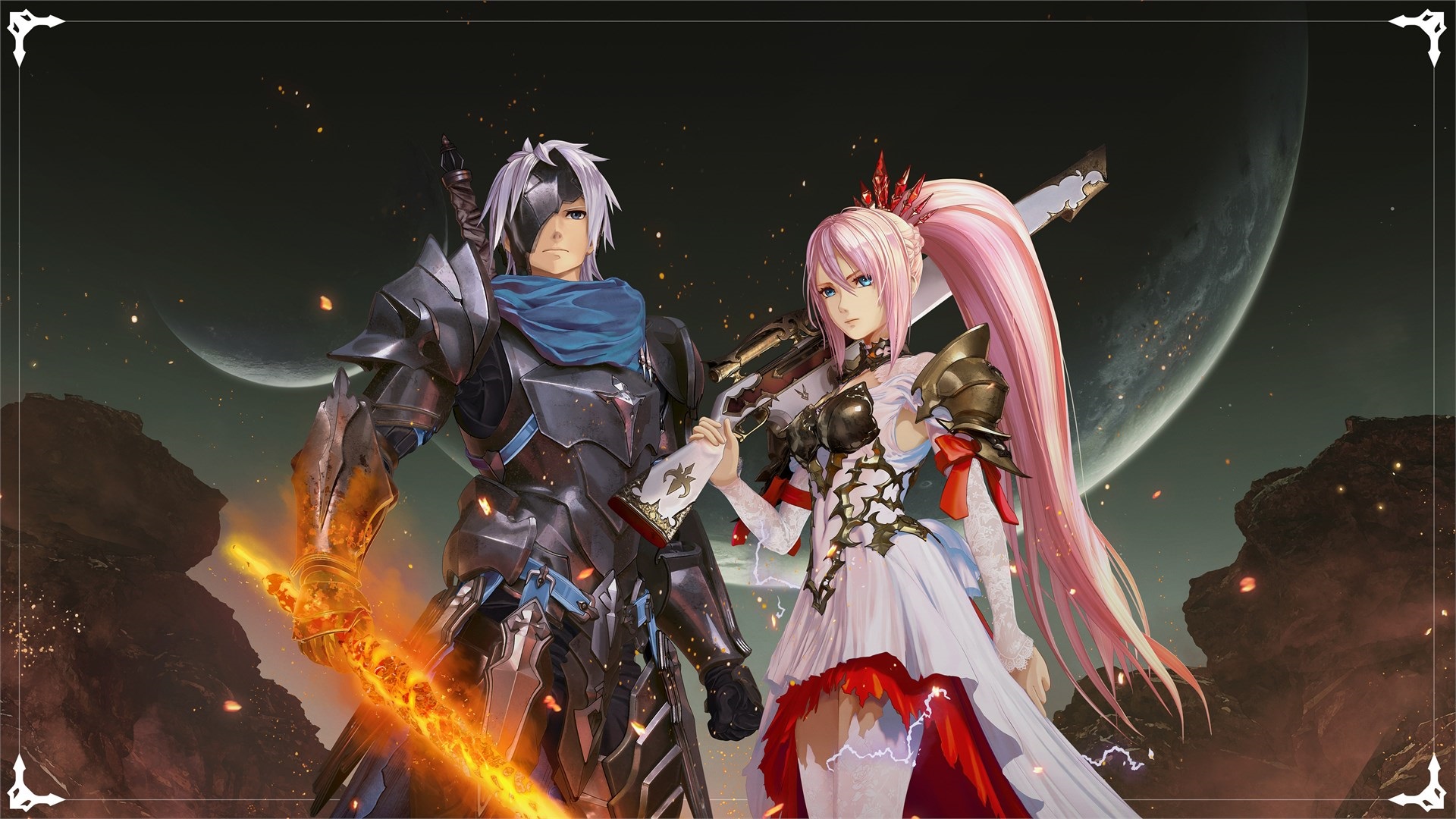 Full disclosure: this is the first time I have played a Tales game for more than an hour. In saying that, after sinking dozens of man hours into the series’ latest entry, it is now among my favourite JPRGs, representing a refinement of the genre greats preceding it. Tales of Arise is a perfectly designed traditional 3D JRPG that knows how to engage the player through 50 hours of incredible adventure hidden beneath an antiquated veneer of grind and tired tropes made palatable by trimming off the unnecessary excesses these types of games often have.

Tales of Arise comes on the 25th anniversary of the Tales franchise, a series of anime-influenced traditional 3D action JRPGs featuring stand-alone stories and worlds that have competed in the shadows of Square Enix’s Final Fantasy and Dragon Quest mainline entries. Full-on anime cutscenes, baybee. Remixing the best elements of Japanese action-roleplaying games of recent years, from Xenoblade Chronicles to Kingdom Hearts, Star Ocean to Ni No Kuni, Tales of Arise climbs above the pack and remains engaging at every moment thanks to a best-in-class combat system. This game packs a stunning wallop of spectacle, telling an occasionally bumpy but thematically mature story of overcoming prejudices while confronting an uncomfortable world of genocide and exploitation.

Thankfully for me, Tales of Arise requires absolutely no experience with the franchise whatsoever. Events kick off with one of the greatest JRPG openings of recent memory, wasting no time and kicking the ‘sleepyhead amnesiac, unlikely hero’ to the curb. Instead, we get the ‘resistance fighter amnesiac’. The first of two protagonists to emerge on the scene is Alphen, initially introduced as the nameless Iron Mask due to the chrome dome he cannot remove. Alphen leads an uprising with his enslaved fellow Dahnans while having no idea how he got there or why he’s so invested. The man in the Iron Mask eventually comes across a powerful ‘bright-eyed’ prisoner belonging to the subjugating, ruling class. These people are known as Renans, technologically advanced humans from a neighbouring planet who harvest the latent powerful energy within the lands and individuals of Dahnan. They form a prickly partnership out of desperate circumstances while navigating the tensions of being mortal enemies.

The conflict gets rather uncomfortably familiar, with Shionne the escapee Renan having a prejudiced show of disgust to her former slave Dahnan partner Iron Mask. As other Renans and Dahnans join the party, the group dynamic becomes strained but these prejudiced relationships are explored in a way that is surprisingly heartfelt and empathetic for a JRPG. I also commend Bandai Namco Entertainment for avoiding any reliance on text logs to expand on character stories and context, with the option to have a quick pause and watch a colourful, semi-animated and fully-voiced vignette popping up frequently instead. These are top notch and settle the debate between English versus Japanese dubs. Be surprised, these characters and their respective voice actors are equally engaging no matter what your preference. Yes, there is still a bit of exaggerated gasping and yelping, this game is still fairly anime as fuck, however, there are no uncomfortable panty shots. Bandai Namco is committed to drawing upon more emotions than just horny.

Speaking of things that jimmy the jorts, the world is a captivating canvas, featuring softly outlined anime characters against a densely coloured, faux-painted world. The Unreal engine allows this game to marry simple anime models, dizzying effects, and grandiose landscapes. The music is at times lofty and grand, other times electric and rocking, and never tires. Any role-playing game with a soundtrack that remains tolerable after dozens of hours is admirable. Arise is a joy to listen to, carrying emotional heft throughout that makes this a world I desperately want to return to.

Dragging down the experience are some very distracting technical limitations.  Load screens occur far more than most games these days, frequently pausing the momentum every time you enter or exit a building or area. The distance for characters and some textures loading into the environment, mostly within town locations, is bad. These NPCs love a bit of social distancing. Stand ten meters away and they disappear completely. Nine meters, they’re back again. I could walk back and forth on this margin and see characters and textures disappear and reappear.

Set forth on a quest to defeat the Renan lords, starting with Balsekh

The graphical load-in issues are completely absent from combat, the shining jewel in this game’s crown that I cannot get enough of. After 50 hours and well into the postgame, I’m still thirsty for the dizzying ballet of effects that beats Dissidia at its own game. The combat party consists of four characters, with additional characters filling support roles. Players can switch characters and customise the party, even in the heat of battle. The haptics pulse with each landed blow, making the melee character Law a personal favourite for immersive impact during fights. Effects sizzle and elements explode in the combat arenas, with a brilliant camera and telegraph system encouraging player skill over grind and cheap challenge. As my lizard brain is flooded with light and sound, I wear a huge smile and hastily run into any boss fight I can find. Combat is the secret sauce that sells this sexy feast and the intuitive controls with toggleable difficulty will easily hook curious new players. Move over Final Fantasy 7 Remake, this may be the best active battle system in the genre.

A combat camera that favours function over cinematic angles. Take that Squeenix.

Give me another 1000 words and I would continue to sing the praises of all the tinkering and streamlining that demonstrates 25 years of growth in a franchise I’ve barely acknowledged. Reaching back over these couple of decades, Tales of Arise is a celebration of the best that JRPGs have to offer while also generously welcoming potential new fans. Count me among them. From a combat system I cannot fault, to an audio-visual extravaganza that is peak prestige sci-fi/fantasy anime, this is the best role-playing game I have played this year. 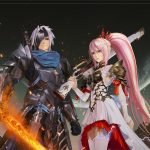 Tales Of Arise Review
The Beginning of A Revolution
Combining the best ideas of the past three generations of 3D action JRPGs, stripped of excess and micromanagement, Tales of Arise is one of the most tactile and frenetic action-narrative experiences to come out of Japan in recent memory.
The Good
Empathetic, heartfelt narrative
Jaw-slackening impactful, responsive combat
Contrasting, colourful world with skyboxes worth dying for
Soundtrack and dual voice dubs are excellent
The Bad
Technical limitations makes for a decidedly previous-gen experience
Far from a revolution, plays it safe in refining old ideas
9
Bloody Ripper

Tales Of Arise Review
The Beginning of A Revolution
Combining the best ideas of the past three generations of 3D action JRPGs, stripped of excess and micromanagement, Tales of Arise is one of the most tactile and frenetic action-narrative experiences to come out of Japan in recent memory.
The Good
Empathetic, heartfelt narrative
Jaw-slackening impactful, responsive combat
Contrasting, colourful world with skyboxes worth dying for
Soundtrack and dual voice dubs are excellent
The Bad
Technical limitations makes for a decidedly previous-gen experience
Far from a revolution, plays it safe in refining old ideas
9
Bloody Ripper
In this article:dragon quest, final fantasy, kingdom hearts, namco bandai, PlayStation, Steam, tales of, tales of arise, xbox, Xenoblade Chronicles