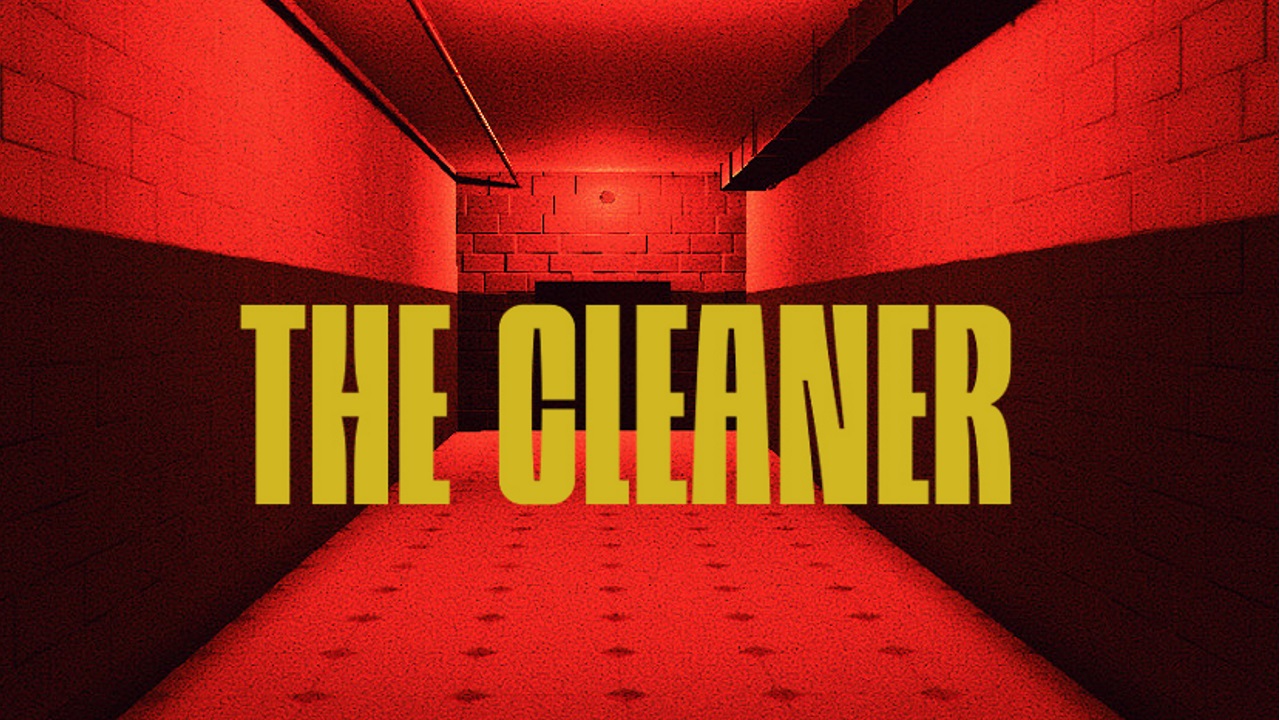 The indie scene is a hotbed for experiments – great ideas can be applied to tired/old concepts and sometimes you cook up a hot new experience that blasts everyone’s ass clean off. Like, what if you took Superhot and Hotline Miami to create a John Wick-esque shooter with one-hit death and a focus on doing things in a badass, cinematic way?

Well, The Cleaner is a title that banks on a great premise but does not realise it.

At least the lighting choice will mask the splatter

Let’s not mince words, the game is functional. The intent behind its design is clear, and CAN be attained – you absolutely can storm through an environment as an avatar of death, blasting bad guys and dodging bullets – but the experience can be likened to enjoying a delicious meal, but you need to keep picking out dark curly strands of hair between mouthfuls. And eventually, you just lose your appetite.

The core loop of the game involves navigating an environment, and employing whatever salvaged weapons you find to enact great violence on the oh-so deserving thugs that populate them. These weapons can be found lying about, but it’s far more gratifying to blast some poor loser in the chest and snatch his gun out of mid-air, then whip around and give his mate a similar treatment. The air-snatch is made all the more accessible by way of an on-demand bullet time system, allowing you to navigate bullet paths and easily nab soaring guns, like the Flash grabbing a Batarang.

I warned him about checking his phone during a staff meeting

Being the efficient Cleaner you are, clearly you have no room for spare magazines – hell, you didn’t even bring your own gun to this assignment – so recycling is the order of the day. Every gun you find will have a clip of bang-bangs in it, and once it is empty you better start seeking a new source of bangs. Perhaps you never learned how to reload.

This makes for a reasonably fun experience when scrambling for new firearms, recounting exactly who was holding what when you kicked the door open and started blasting. You feel a bit like a kid at the lolly scramble, only you are hoping that the shotgun went skidding under the desk you are now crouched behind. When it works, it’s an electrifying experience of personal skill trumping thuggish morons. When it doesn’t work, it’s you awkwardly backtracking through corridors hoping to find a gun you might have missed.

Nanna’s house is about to get decorated, shotgun style

And there are corridors aplenty. The game takes a lot of effort in crafting environments that can represent the seedy underbelly of society – sprawling office blocks, clubs, derelict buildings and filthy industrial areas all make an appearance. You will crash through glass, boot doors clean off their hinges and crawl through vents, Die Hard style – it’s all clearly inspired by the films that crafted the idea in the first place.

Herein lies the most bitter pill to swallow. The ‘Die and Retry’ hook is a dicey one. In games like Hotline Miami, the experience is often short and sweet enough that a near-miss can light a fire in your belly. You feel amped up to try again, because maybe you have an idea how you can do a better job this time. It’s a sad comment to make, but the frustrating elements and sheer LENGTH of its levels means that quite often a death in The Cleaner instead would prompt me to close the game and come back to it later.

Simply put, I would lose my appetite.

So many factors are at odds with the game’s core goal: to make players unafraid of death. Every death is a chance to try again, and do better. Hell, the game even includes a special bonus where a death can sometimes result in you spawning with the gun you had when you died – giving you the option to mix up the start of the level with firepower you may not have had previously. This should be a brilliant inspiration to go again, but the issue isn’t dying – it’s how you die.

Initially my greatest enemy within The Cleaner was simply darkness – goons would open fire from dark corners, or even relatively pedestrian shadows, and end my run. So, my first gamer instinct was to start memorising these areas and the enemy locations. Only now I am still struggling to make out the enemy when I try to blast him. Cover this with the fact that enemies will absolutely move around when you are in range of them, means you are frantically searching for Goon #34 when entering a room. So, to combat this, you make use of the game’s on-demand Bullet Time feature.

Press a button, and everything slows down. Enemies react slower, bullets can be seen whizzing through the air and avoided – it’s the stuff of cinematic dreams. Just one problem. The very nature of the game’s darkness and enemies means that you are quite remiss in using this feature for badass moments, instead opting to use it like some kind of scouting feature.

What a uniquely ominous door

Gone are the days of slo-mo blasting punks and plucking their guns out of the air, whirling around to plug their goonish coworkers with a familiar firearm, no, instead I am activating slo-mo in order to …look around. I have done this room countless times, I know there are three targets – where are they? Guy #1 is usually behind the bookcase, but he has walked behind the pillar. Guy #2 has walked behind the desk, okay. Where is Guy #3? He is usually in the doorway, but that is clear – oh, I am dead.

And that experience does not leave me itching to try again. The readability issue within the game just tires my 30-something-year-old self out, and my enthusiasm drains as I pick another black, curly hair out of my lasagne before taking another bite.

So finally, I have now navigated the gunfights well enough that my only remaining adversary is platforming. Now, I have to be clear – the game is not a jumping bonanza. You are not deftly leaping across dozens and dozens of Mario64-style ledges and platforms. But the ones you ARE jumping? They suck. A grotty European building surprised me with a random void of pipes, all over a clearly fatal fall. Barely a foot wide, I was expected to leap nimbly from pipe to pipe and traverse this calamity. It was the kind of hazard that I questioned if even Spider-Man could do it. Again, ‘Die and Retry’ does not feel fun when the odds hit you in the face this hard. Am I truly awful at the game? Or are the pipes slightly too narrow?

You can’t deny the potential that is at play within this game. There are absolutely moments of brilliance where you enter a room through a hail of glass, blasting henchmen that are in simulated awe of your calm death-dealing ways. There are times when you are standing in a room of utter bloodshed, cocking a shotgun and figuring which door is next. There are times where you are leaping out of a vent and tearing apart a meeting of thugs who were watching a projected PowerPoint presentation.

Then there are the times where you pick a particularly long, curly hair out of your food. And you don’t really feel like eating anymore.

Oh, the pipe void has EXPLODING BARRELS in it too?!

The Cleaner is a viscerally brutal shooter experience. The carnage inflicted on enemies while you navigate its labyrinthine environments paints a picture of what the developers wanted to achieve – but the myriad of questionable jank that permeates its experience do a lot to diminish the intended enjoyment. I want to like it, but it’s doing a lot to stop me doing so. 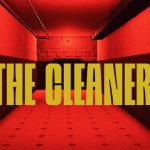 The Cleaner Review
Not Quite A Hotline To Miami
With a little more polish and player-driven feedback, The Cleaner could well emulate a proper first-person John Wick experience. However currently, it feels a little more like a frustration emulator designed to inspire rage quits.
The Good
When everything hits, it hits REAL hard
Firearm animations are slick and fun
Music bangs
The Bad
Level design is far too long
Unforgiving nature of the game alienates, rather than challenges
Environments are incredibly dark at times
Enemy readability suffers
4
Bummer

The Cleaner Review
Not Quite A Hotline To Miami
With a little more polish and player-driven feedback, The Cleaner could well emulate a proper first-person John Wick experience. However currently, it feels a little more like a frustration emulator designed to inspire rage quits.
The Good
When everything hits, it hits REAL hard
Firearm animations are slick and fun
Music bangs
The Bad
Level design is far too long
Unforgiving nature of the game alienates, rather than challenges
Environments are incredibly dark at times
Enemy readability suffers
4
Bummer
In this article:Dystopia Corp, Hitman, John Wick, the cleaner