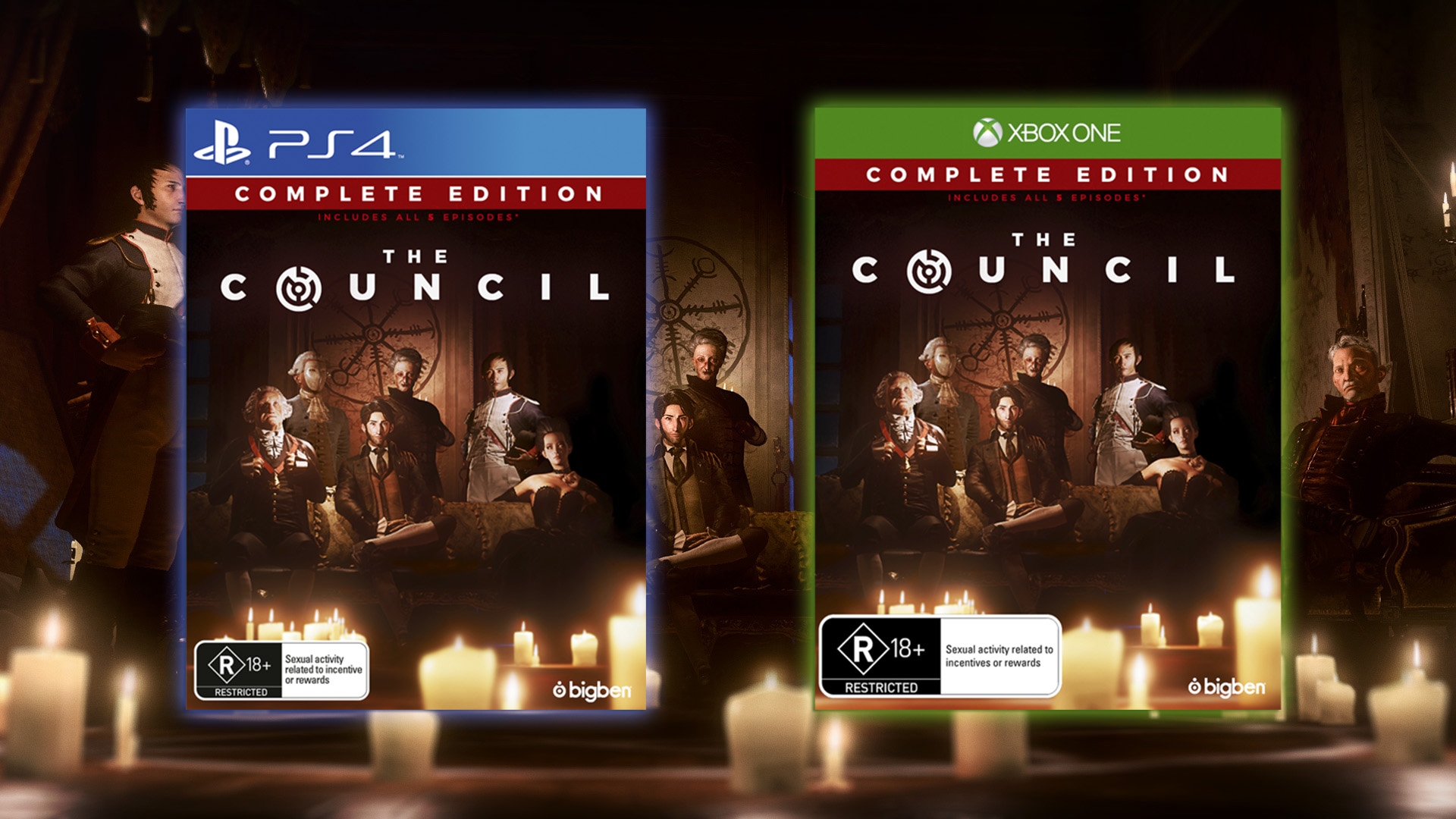 Episodic choose your own adventure game The Council from Focus Home Interactive, Big Bad Wolf and Cyanide is set to wrap-up before the end of the year with four of the five episodes available already. Previously a digital-only title, publisher Bigben is now giving players who prefer physical editions the opportunity to experience the mystery and grandeur of The Council, with a Complete Edition launching on December 13 for PS4 and Xbox One at the cost of $49 AUD (£24.99 in the UK according to GAME).

The JB Hi-Fi listing states that this edition will grant the user ‘instant access’ to all five episodes, perhaps confirming that Episode 5 (which currently has no release date) is set to launch in the coming weeks. However, the GAME listing states a December 4 release and the following: ‘The game disc includes the first 4 episodes of The Council. Episode 5 will be available before 31 March 2019 as a free update’. We’ve reached out to our distributor and to Bigben for clarification/confirmation. We’ll update this article if we hear a response.

Below is the game’s official synopsis:

The adventure takes place in 1793. You are Louis de Richet, a member of a secret society who the enigmatic Lord Mortimer has invited to his domain: a small island isolated from the rest of England. There you meet the other guest of your mysterious host, including none other than Napoleon Bonaparte, and even the first president of a rising world power, George Washington. The strange nature of this private gathering goes beyond merely having prestigious guests; your mother recently vanished on this island and each of the characters seems to be hiding dark secrets.

The Council has impressed critics and consumers with its excellent storytelling, choice-driven gameplay and unique RPG mechanics. It is currently one of my picks for Game of the Year. You can check out WellPlayed’s review here: Episode 1, Episode 2, Episode 3, Episode 4.

In this article:big bad wolf, bigben, cyanide, physical, the council