A week ago THQ Nordic revealed their E3 plans (at least part of them anyway), stating that they intend to announce two new projects, one being described as a ‘new vision for a beloved franchise’, while the other is described as the ‘long-awaited return of a galactically beloved game/franchise’.

Now fans have even more cause for optimism, with the current IP rights holder Koch Media (who are owned by THQ Nordic) registering a trademark for TimeSplitters: Future Perfect (the third entry in the series), which was spotted on Trademarkia. According to the listing, the trademark was filed on August 15, 2018 – the same day that news broke that THQ Nordic via Koch Media had acquired the TimeSplitters and Second Sight IPs from Crytek. However, the trademark was only registered on May 23, 2019, meaning that this could merely be a crazy happenstance, or there could more to it than a simple trademark registration, given it is the only trademark Koch filed for. 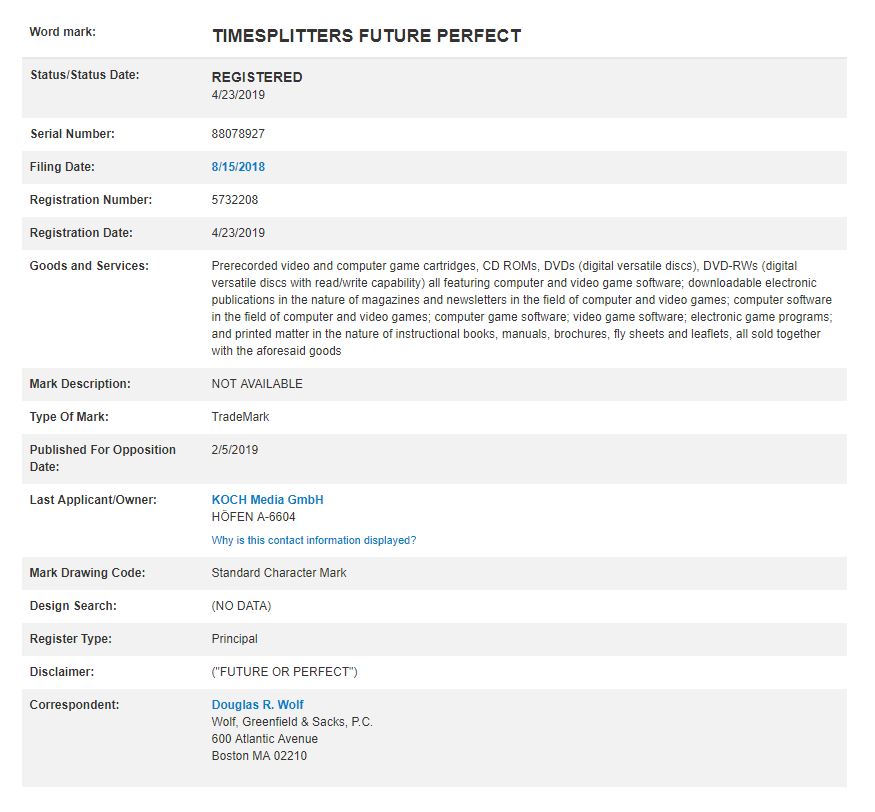 Fingers crossed we get some news at E3 in the coming weeks.

The TimeSplitters IP Has Been Rescued By THQ Nordic
August 15, 2018

Could THQ Nordic Announce A New TimeSplitters Game At E3?
May 17, 2019

A Wishlist For A Possible TimeSplitters Reboot
November 5, 2018