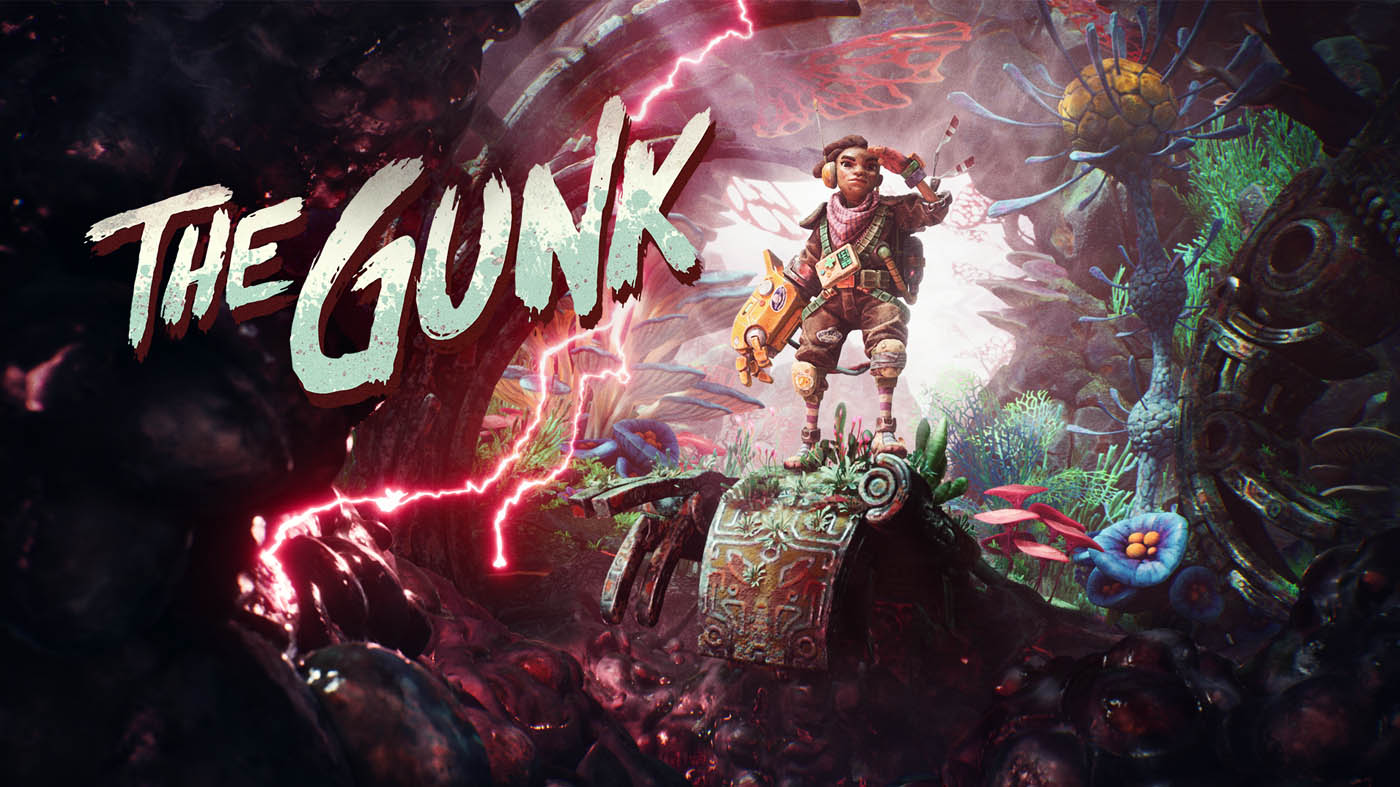 Swedish developer Image & Form, now rolled into the Thunderful Group family, has been long-established in the indie video game space with its eclectic and largely fantastic SteamWorld games. From tower defence to mining platformers, tactical strategy and card-based RPGs the studio has tackled a plethora of experiences within that one franchise. Now though, it’s breaking the two-dimensional SteamWorld shackles with a 3D adventure set in a brand-new world.

The Gunk sees interplanetary scavengers Rani and Becks, along with their trusty robot sidekick C-RT (or Curt), land on a presumed-uninhabited planet in search of resources. The group pretty quickly realises that all is not what it first seemed on the planet when they discover a mysterious toxic substance corrupting the landscape as well as the ruins of an ancient alien civilisation. The ensuing four-hour adventure takes Rani, as the game’s playable protagonist, deep into the planet’s reaches and eventually onto some startling discoveries.

As simple as it is, The Gunk’s narrative succeeds in imparting that sense of discovery at a pace that makes it easily digestible in a single sitting. Meanwhile, Rani and Becks’ relationship grounds everything as the pair discuss their history and attempt to keep each other on track over radio comms with Rani doing the bulk of the exploration. It all works incredibly well thanks to strong character writing and entertaining dialogue with Fiona Nova and Abigail Turner lending excellent voice work to Rani and Becks, respectively.

The Gunk’s core gameplay reflects this same simplicity and sense of discovery, as players take Rani through a handful of distinct zones where light, Zelda-like platforming and environmental puzzles are the main order of the day. That, and cleaning up the titular “Gunk” using a special tool mounted to an arm that Rani had lost on a previous job. Think Super Mario Sunshine if Mario was vacuuming up the nasty stuff instead of hosing it down, with each section of Gunk removed allowing a corrupted corner of the world to blossom back into its natural state to gorgeous effect.

In fact one of the game’s best qualities is its bold visual style with a chunky, remarkably tangible look to the 3D visuals that’s seriously impressive for a studio rooted in 2D art. It’s oozing (literally) with personality and polished to perfection, especially on the Xbox Series X where it shines with a sharp and fluid presentation. The character animations perhaps don’t always match the energy of their VA work but that’s a tiny complaint in the scope of everything else.

The whole is definitely greater than the sum of each part in The Gunk, right down to its granular design. The puzzles tend to rely on a lot of simple, repeated concepts and the lite-RPG upgrade system barely has an impact on its direction, but when put together and paced as snappily as the game is it all works. To be truthful, the game’s straightforward nature makes it both the perfect afternoon palette cleanser as well as something accessible to audiences of all kinds. Even during the slightly-awkward combat sequences or large sections of janitorial busywork The Gunk feels good to play and to exist in, and that goes a long way.

The low barrier of entry, both in how much it asks of your attention and your wallet makes The Gunk a great example of the kind of experience that Game Pass lends itself well to – binge entertainment with minimal investment and satisfying payoff.

The Gunk won’t challenge your mind or your reflexes, but it’s a brisk and beautiful adventure that makes a compelling case for Game Pass and the power of removing the value argument. It’s a huge departure and a literal new dimension for the studio behind SteamWorld but a clear focus and intelligent reigning in of scope makes it a stellar 3D debut. 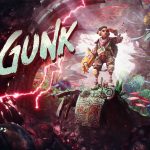 The Gunk Review
Gunky Fresh
A short, sharp 3D action-adventure that keeps things simple in a gorgeous world and makes a great case for Game Pass as a delivery vehicle for bingeable and low-investment experiences.
The Good
Gorgeous, well-realised world
Characterful writing paired with great VA
Simple but satisfying gameplay loop
Suits the context of Game Pass perfectly
The Bad
Combat is bog-standard
Might feel short for a traditional purchase
8
Get Around It

The Gunk Review
Gunky Fresh
A short, sharp 3D action-adventure that keeps things simple in a gorgeous world and makes a great case for Game Pass as a delivery vehicle for bingeable and low-investment experiences.
The Good
Gorgeous, well-realised world
Characterful writing paired with great VA
Simple but satisfying gameplay loop
Suits the context of Game Pass perfectly
The Bad
Combat is bog-standard
Might feel short for a traditional purchase
8
Get Around It
In this article:game pass, image and form, pc, review, Series X, steamworld, the gunk, thunderful, xbox, Xbox One