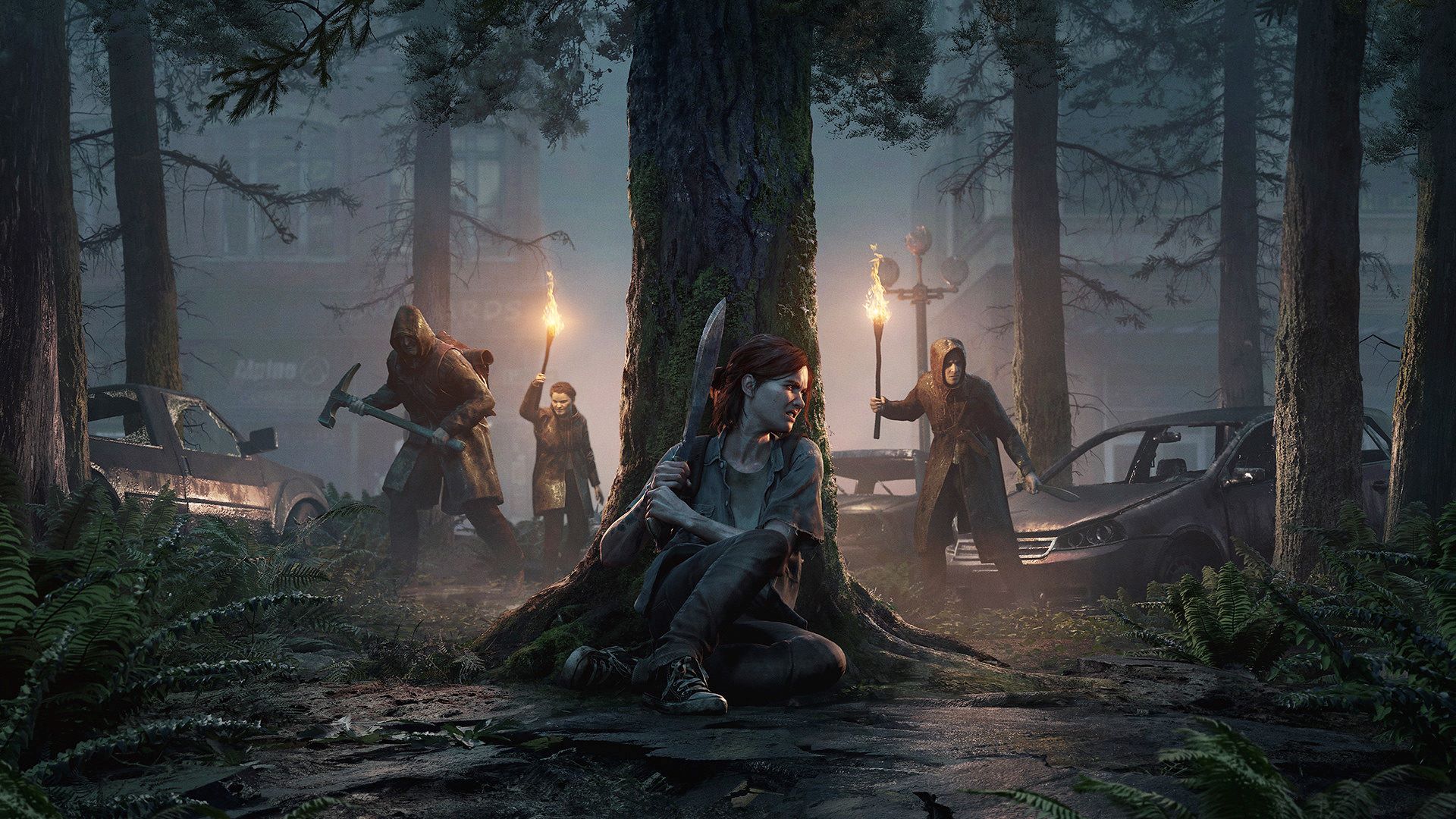 It’s been seven long years since Joel and Ellie’s trek across the United States captivated a generation of fans, with many happy to concede the IP to a single entry given the powerful nature of the game’s ending. In many ways it was the perfect ending, ensuring there was an element of closure while leaving the door ajar for continuous discourse about what might have happened next. It could have easily ended there, but when you have a world that is as interesting and as full of stories as the one Naughty Dog has built, why not tell more of those stories? The risk is that the expectations are set so high you’ll never be able to meet them, but you don’t know if you don’t try – a common theme in the TLOU universe. The Last of Us Part II is arguably one of the most anticipated games of the generation and easily Naughty Dog’s most ambitious title to date. But does Naughty Dog once again define a generation on the precipice of change? Or do its ambitions get buried in the cold and broken ruins of the world it’s built?

The face of revenge

When it comes to the story of TLOU2 – the beating heart of the game – there’s a lot to unpack. Driven by emotion, it’s complex with many moving parts, each with their own place in the world. For the benefit of the player there’s a lot we can’t talk about (which is how you want to experience the game), but in simple terms, TLOU2 is a story about vengeance, with Ellie and a cast of both old and new characters becoming part of a journey to settle a score.

As much as the overarching narrative is about revenge, it touches on much broader themes – both contentious and topical. Whether they fit or land will depend on your own experience, but there’s no denying that it’s going to be divisive, and perhaps that’s the best part. It’s certainly a bold move from Naughty Dog, and it’s a direction and focus that is welcome, even if it does feel a little forced at times.

TLOU is a series that double dips; it’s as much about the destination as it is the journey. TLOU2’s story is essentially torn in two, leading to a climax that will take roughly 25–30 hours to reach. It’s a journey that is double the length of the first game, and while it’s fleshed out with flashbacks that are cool in their own right, there are moments in the second half of the game that feels like the game drags its feet somewhat. It doesn’t hamper the overall experience too much, but it does stutter the game’s momentum and pacing enough to make you notice.

But thankfully the world of TLOU2 is captivating enough that it mitigates most of the pacing issues, and while post-apocalyptic games aren’t something that we’re short-changed in, none of them capture the bleak sense of hopelessness better than Naughty Dog has here. Like other Naughty Dog games that came before it, the story and world building are interwoven to form an environmental experience unlike any other. Each and every location is packed full of detail and lore, whether it’s the dilapidated buildings which have been completely plundered bar a few scraps that stand as remnants of a lost past, or a note from a child, a loved one or one of the many searching for a modicum of hope, it paints a depressing picture of a world that has accepted its fate.

The visuals and effects are insanely good

While the world is mostly linear, with a handful of open areas, the quality of the game’s direction means that you’re never searching too hard where to go next, helping the game flow from location to location. While the game does lean more into the combat side of things, there’s a fairly good ratio of combat versus exploration. Like before, you’ll acquire items in the world that let you craft items, upgrade your weapons and enhance your skills. You’ll also need to find books in the world to unlock skill branches if you want extra bang for your…alcohol.

When it comes to level design, it’s hard to think of a game that has as many varied and unique locations to as TLOU2, and certainly not to this quality. In fact I’d say it’s got the best mix of level design out of any game I have ever played – it’s that good. Every location feels new and fresh (if mostly in ruins), I mean there’s a reason it’s eating up almost 100GB of storage space.

Honestly, the level of production is out of this world, it is hands-down the best looking console video game I have ever seen (sorry The Order: 1886) – the visuals need to be seen to be believed. If you told me this was a PS5 game I would believe you. Little things like the dirt under Ellie’s fingernails and the water dripping from buildings highlight amazing attention to detail, while Seattle and the other locations in general are all full of insane visual fidelity.

Honestly, the level of production is out of this world, it is hands-down the best looking console video game I have ever seen

But it’s not just the visuals, it’s the quality of the animations such as the mind-boggling crafting animations or seeing an enemy’s reactions when getting shot that highlights the extreme talent at Naughty Dog. And the set pieces are beyond anything I’ve ever seen before. I’ve never been a huge fan of over-the-top action set pieces, but those in TLOU2 are some of my favourite moments in the game.

Then there’s the performance of the characters, all of whom are voiced and acted to almost perfection, always eliciting some form of emotion response from the player. Whether it is affection, anger or somewhere in between will depend on your connection to the characters.

In video games, we often play as heroes – characters who rise above what is wrong to fight for what is right. In TLOU2 (and its predecessor) there are no heroes, there is no definition of right and wrong – there is only survival. It’s this ethos that contextualises the need for mass murder, something that Uncharted fails to establish, and it’s for this reason that killing people, a lot of people, fits with the desolate tone of the world.

The general consensus is that the narrative did the bulk of the heavy lifting in TLOU, with many finding the gameplay fairly stock-standard or underwhelming. While Naughty Dog certainly doesn’t reinvent the wheel when it comes to TLOU2’s gameplay, the mechanics feel a lot more refined this time around. Gunplay feels tighter and heftier, and melee combat is thing of violent beauty – hacking an enemy with an axe has never felt more brutally satisfying. It’s a formula that feels like it’s borrowed elements from Resident Evil, Tomb Raider and Uncharted to make the ultimate survival horror-cum-action-adventure game.

Seattle is full of ramshackle beauty

While your arsenal is laden with powerful weaponry, areas are often overrun with humans or infected, meaning you’ll need to be tactical in your approach. Stealthily wiping out an area is a time-expensive but rewarding exercise and doing so will give you a proper chance to explore and loot. But sometimes detection is unavoidable, like when an enemy drags you out from under the train you’re hiding under, and once you’re spotted the enemy will flank you in clever ways and the only way forward is to engage in a shootout.

Making stealth harder is the addition of guard dogs, who will track your scent should they get a whiff. Catch the attention of one of these killer canines and your aim better be good, but it comes with the emotional trade-off of killing dogs, dogs who have names and are called often by their owner. But again it plays into that mindset that burdens the world’s inhabitants – do what you have to do to survive. Even if it means killing dogs.

But the world of TLOU2 is more than the humans, dogs and factions fighting for survival, it’s also inhabited by those that have succumbed to the infection, creating a dark underbelly of creatures who want nothing more than to tear you from limb-to-limb. Listening to the harrowing screams of the runners (the closest to human of the infected) or the terrifying presence of clickers and stalkers creates incredible tension, and just knowing that one wrong move is all that separates from you being eaten alive are some of the best moments in the game, and that’s without mentioning the new enemy, which I’ll let you experience for yourself.

In a lot of ways The Last of Us Part II is an unrivalled masterpiece that raises the bar and sets new standards in game design and storytelling. Whether it manages to define another generation of PlayStation remains to be seen, but I certainly haven’t stopped thinking about it since I rolled credits. Its exploration of divisive and uncomfortable themes will necessarily polarise its audience, and its pace does falter slightly over the fairly hefty running time, but as with its predecessor, TLOU2 is a once in a generation experience. 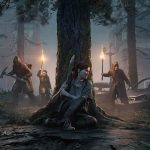 The Last of Us Part II Review
A Dish Best Served Violently
Featuring generation-defining game design, The Last of Us Part II is an unrivalled masterpiece that stumbles ever so slightly under its own ambitions
The Good
Dark yet captivating narrative
More refined gameplay experience
Production levels are through the roof
Level design and world building are industry leading
The Bad
Pacing stutters the momentum in the second half
9.5
Bloody Ripper

The Last of Us Part II Review
A Dish Best Served Violently
Featuring generation-defining game design, The Last of Us Part II is an unrivalled masterpiece that stumbles ever so slightly under its own ambitions
The Good
Dark yet captivating narrative
More refined gameplay experience
Production levels are through the roof
Level design and world building are industry leading
The Bad
Pacing stutters the momentum in the second half
9.5
Bloody Ripper
In this article:clicker-bait, Ellie, exclusives, joel, naughty dog, PlayStation, PS4 Exclusive, Seattle, Sony Interactive Entertainment, tommy