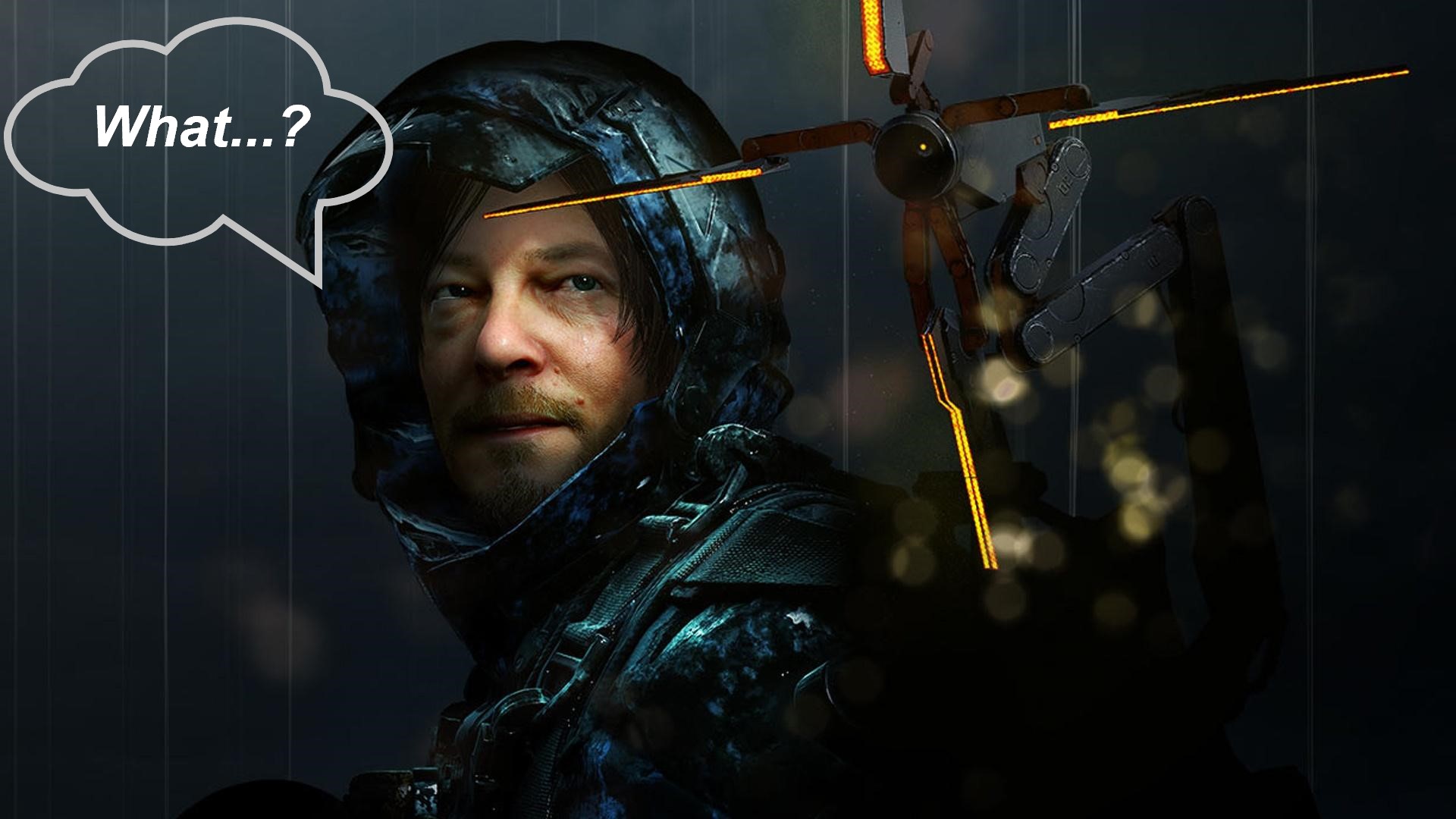 Let me take you back to when I was a young lad, bright-eyed, bushy-tailed (whatever the hell that means) and excited for the latest upcoming video games. Did I have access to the internet where I could pour over dozens of trailers that show off gameplay? Could I watch developer interviews that exposed much of the game’s plot details? Living in a small rural town in Tasmania the answer to both questions is a resounding no. Instead, I would watch a single trailer that came on a disk stuck to the cover of a gaming magazine, and if it grabbed my attention I would watch the same trailer another million times in anticipation. At the time I would be willing to sell my soul for a more in-depth look at whichever game I was obsessing over, but in retrospect it was a blessing. The unknown was tantalising and knowing the bare minimum about a game meant that when I finally got my hands on it, it was fresh and exciting. Nowadays I find myself knowing the ins and outs of any given title months in advance and although that has its benefits, it does kill a little bit of the magic. That being said, there is one game set to release this year that despite showing so much has me feeling like my young, uninformed self again – that game being Death Stranding. I have watched every trailer to date and I am still so confused as to what I will actually be playing come November 8 – and that is such a refreshing and thrilling feeling that I wasn’t expecting at all.

For those that haven’t been keeping up with Death Stranding, it is the first game to come from the developers at Kojima Productions, helmed by the man himself, Hideo Kojima of Metal Gear fame. The Metal Gear franchise is notoriously confusing and more than a little convoluted, but it does have an incredible fanbase. So before Death Stranding was even announced, people were highly anticipating whatever it was that Kojima was working on following his 2015 departure from Konami (RIP P.T. and Silent Hills). I have never been all that interested in Metal Gear and was hugely bummed when Silent Hills met an early grave, so although I was intrigued in a general sense when it came to Kojima, I was fully expecting to shrug at his next venture – until E3 2016. One trailer later and I was utterly baffled. A beach filled with dead sea-life, oily handprints appearing out of thin air and…a naked Norman Reedus cradling a baby, being watched by five floating figures in the distance. What. The. Hell. Admittedly my first reaction was to dismiss the trailer for being overly weird and vague, but I couldn’t stop thinking about it nonetheless. What in the name of all that is good was going on in that trailer? What could that game possibly be? And why did Norman Reedus have a C-section scar? I needed answers.

I mean we have all been there. Right?

A second trailer followed a few months later and at the time I was still holding firm that I wasn’t interested at all, merely curious. But did I watch the trailer immediately? Of course I did. This short clip showed more dead fish, more black goo and some military troops and armaments. But it also included characters with the likeness of both director Guillermo Del Toro (Pacific Rim, Pan’s Labyrinth) and actor Mads Mikkelsen (Hannibal, Dr Strange). Del Toro’s character was holding a pod, containing an unborn human child sloshing around in it and Mads was kicking around with some military folk that he was connected to via umbilical cord. Sure sure, completely understandable. So this is where a theme began to appear. Every time new information about Death Stranding was shown, I would become more and more invested in finding out how it all made sense and all fit together. Despite my stubborn negativity towards Kojima I had become obsessed with the mystery of Death Stranding, a fact that hasn’t changed since then.

Obviously we have seen a great deal more from Death Stranding since the second trailer in 2016, but every time I think I have a grip on what’s happening, something else pops up to confuse me all over again. We now know that the game is set in a fractured and dying USA following what seems to be some kind of world altering disaster. The protagonist (Norman Reedus) is Sam Porter, a courier of sorts that is tasked with reconnecting the various cities across America. Now that all sounds fairly straight forward, but there is still so much that is yet to be answered or explained. Spectral, black figures that have been referred to in trailers as BTs are clearly a threat/enemy, as they drag you into a purgatory-like plain if you are caught by them, but their nature and existence is still very mysterious. So many modern games have you blasting demons or wading through wave after wave of gun-toting mercenaries, so knowing so little about an enemy is refreshing. These BTs are only visible thanks to the aforementioned canister babies, one of which is strapped to the front of Sam and used as some kind of living radar. Because things weren’t weird enough already. Kojima has said that the purgatory that the BTs send you to is to be likened to the continue screen on old-school arcade machines, not a game over, rather a chance to pick up where you left off. I understand very little about all of this and that is outstanding. I can’t remember the last time I have been utterly clueless when it comes to the general overview of a game, so in this case ignorance truly is bliss.

Everything else aside, the game is truly gorgeous

For the longest time we had no idea what moment-to-moment gameplay was going to involve. Recently at Tokyo Game Show we were given a 50-minute slice of gameplay with commentary for Kojima himself. This gameplay showed Sam traversing the world using ropes, extendable ladders and even vehicles, all in an effort to reach a settlement to drop off very heavy looking cargo. So you are a postie then? Maybe, but it does seem like the act of delivering cargo is more important to the world than it sounds. Along the way Sam is drawn into the purgatory world by BTs and encounters a tar-monster with tendrils and a big glowing eye. Grenades are thrown, buildings are swallowed by the ooze and the whole fight feels otherworldly. Interestingly, other real-world players appear as white figures, lending a hand in the fight by giving Sam equipment and resources. It’s not the only player interaction we see either, messages and equipment can be left by other players throughout the open world similar to the messages left in Dark Souls. Even after seeing almost an hour of the game I still just don’t see the full picture. More and more is shown as we get closer to release, but the puzzle is still far from complete and that is such a huge reason as to why I will be playing Death Stranding. I don’t want to understand right now, I want to be left in the dark so I can find my own way to the answers when I play the game myself.

Everything that has been shown so far leans towards a central theme of connection. Umbilical cords, literal bridges, a quest to unite a fractured civilisation – it all points towards making connections. With some kind of multiplayer confirmed, it seems to me that these themes of connection will not only be a narrative thread, but a gameplay feature that encourages real-world cooperation between players. Or maybe it’s all just smoke and mirrors and Death Stranding is Australia Post Simulator 2019 in disguise. That’s what excites me the most about it though. I have a million questions that can only truly be answered by experiencing the game for myself. Maybe I will play Death Stranding and it will fall into the same category as Metal Gear and I will never touch it again, or perhaps I will be swept away by its bullshittery and be singing its praises come the end of this year. It may very well be that the chase will be better than the catch, but hot damn what a chase it has been so far. Regardless of how I end up feeling about DS, I’m very grateful for all the confusion it has offered.

Death Stranding will release on PlayStation 4 on November 8.