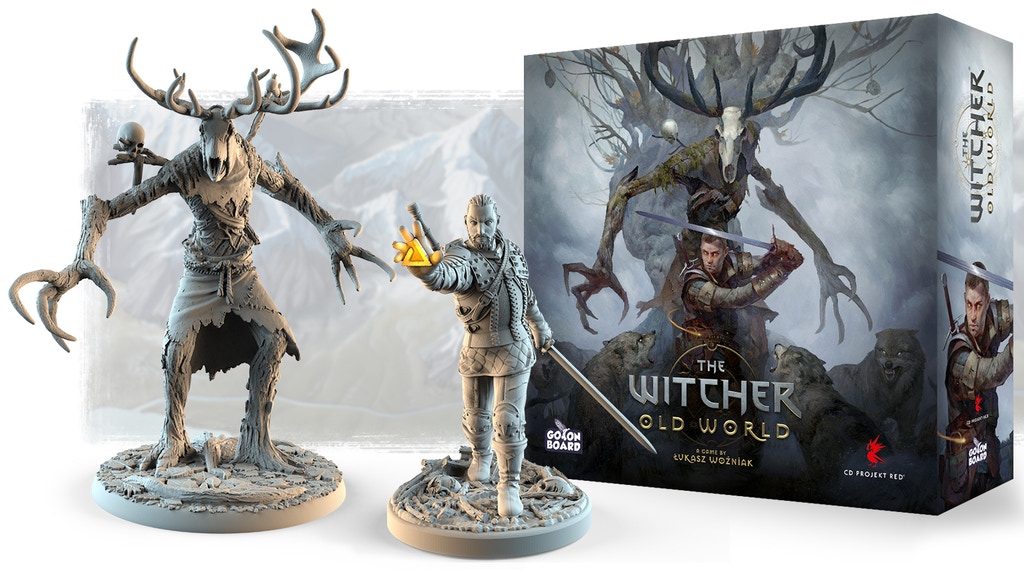 So many new board game announcements and it’s not even my birthday. We recently got our first look at the awesome looking Monster Hunter World: The Board Game that will be hitting Kickstarter in April, but that’s not all that tabletop fans have to look forward to.

It’s been announced that CD Projekt Red will be co-publishing a board game set in the Witcher universe. Title The Witcher: Old World, this competitive card-builder will be set before the time of Geralt of Rivia and will pit two-five players against each other as they compete to complete contracts and earn trophies. Players will assume the role of a Witcher from one of the five schools: Wolf, Bear, Gryphon, Viper or Cat and will build out their deck with a range of ability cards such as attacks, dodges and signs (magic).

The aim of the game is to build your deck with these ability cards in order to pull off combos that will down your foes in monster encounters, tavern brawls and contests against rival Witchers, in a bid to collect four-six trophies, with the first to reach a set amount winning the game. Of course, this is the world of The Witcher, so moral choices will befall you throughout your questing, so be prepared to make some hard choices.

BoardGameGeek is reporting that the game will have a Kickstarter campaign that will go live in May, with the release of the game scheduled for April 2022. Though we don’t have a great deal of information on the game’s components, the released images confirm that at least two minis will be included, that of a Witcher casting a sign and a formidable Leshin. The minis look great, the concept is solid and, as a fan of DC Deck-Building, the gameplay sounds engaging and fun. This is one that I’ll absolutely keep my eye on.

The Witcher: Old World from designer @WookiePL & publishers Go On Board and @CDPROJEKTRED lets you explore The Witcher universe before the saga of Geralt of Rivia.

Does the idea of a Witcher board game appeal to you? What board games are you a fan of? Let us know.

In this article:2022, Board Game, Deck-Builder, Kickstarter, the witcher, The Witcher: Old World