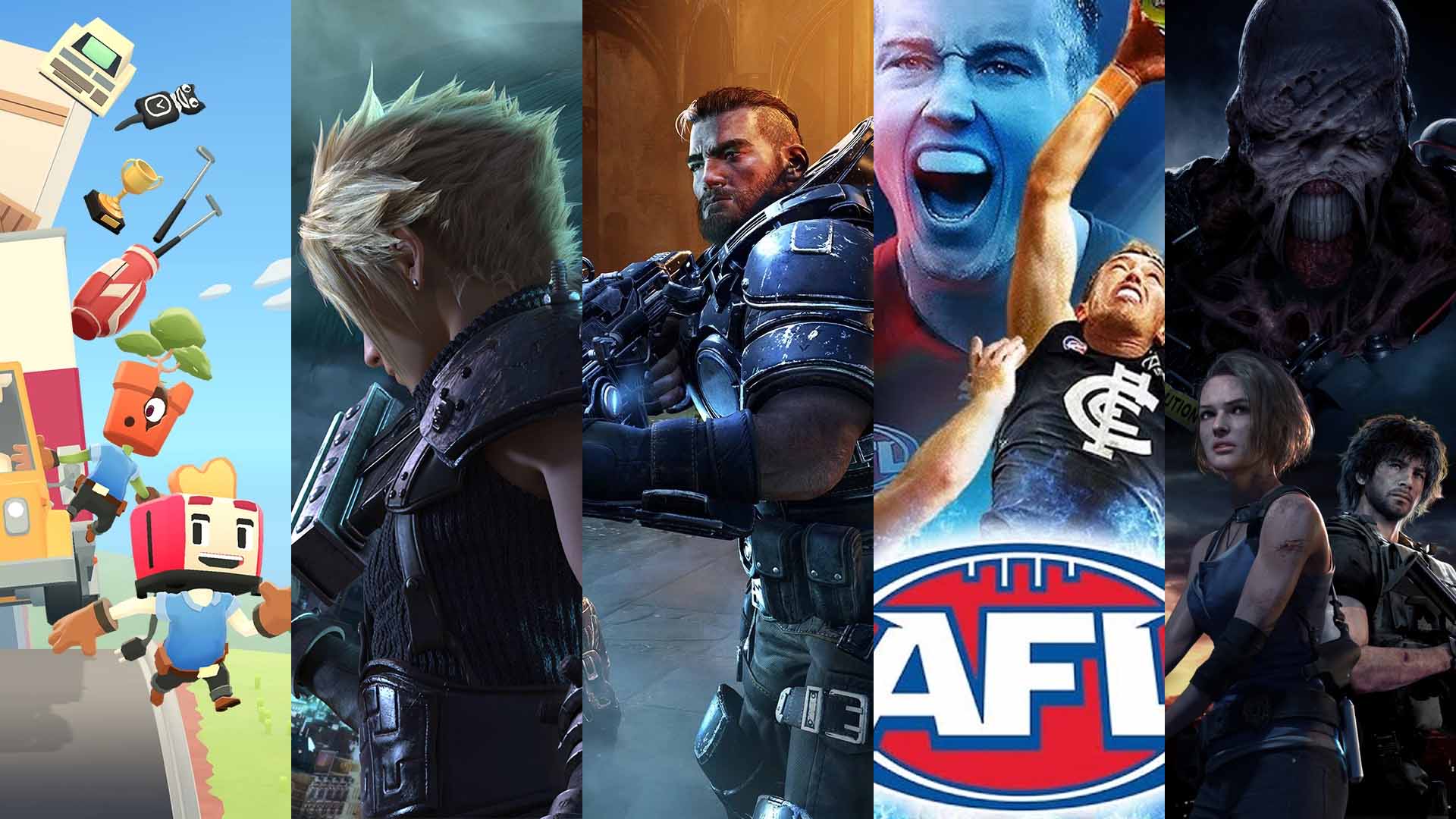 Considering the goings-on of March, it wouldn’t be surprising if Doom Eternal was actually a prophecy and April will see the Earth open up and swallow us whole. But as gamers, many of us have been training for social isolation our whole lives, and now really is our time to show the non-gaming plebs how to #staythefuckathome. If you’re not still mining March’s goldmine of releases, why not have a snack on April’s tasty treats while you stare wistfully out the window and wonder if this is how it all ends. Society is torn apart, but how about the WellPlayed teams’ jorts? Like you even had to ask…

Despite April being an absolute banger of a month in regard to video games, I didn’t think I’d have much time to play any of them. However, as you already know, a certain virus has wreaked havoc – in turn crippling my time at University. The positive though, is that I now have plenty of time to sink into all of these exciting games. First up is Resident Evil 3, a game I’ve been keen to give a go since immediately after Resident Evil 2 came out early last year. I recently played the demo and absolutely loved it, so I can’t wait to delve deeper. Next up is Final Fantasy VII Remake, a game I played back at PAX Aus last year alongside fellow WellPlayed contributor Kieron. FFVII was already excellent back in the day, and despite the changes in the remake, I’m sure the masses will be saying the same again. I also have my eye on Azure Striker Gunvolt: Striker Pack as I’ve been deprived of Mega Man-esque games for a while and I thought that this Striker Pack could be a nice place to jump in. Meanwhile Moving Out is Australian made and I can’t help but play a game made in our beautiful nation and Daymare: 1998 is an RE2-inspired game I’m also keen to play, but that’s mainly because Zach wouldn’t shut up about it back when it was released on PC.

So by the looks of the world, April will likely be spent indoors. Who knows then? I may actually give the games releasing this month the attention they deserve. It’s good that Moving Out launches at the tail end of the month too, as it will undoubtedly devour my time. There’s just something about party games that scratches an itch for me (No parties! – Ed). It seems unlikely that Minecraft Dungeons will be showing up in April so my curiosity will have to wait on that one, but Snakeybus will keep me busy for a while in its stead with its dumb, addictiveness. Being PC-less, I haven’t had a chance to play Deliver Us the Moon, so that will be my main obsession this month, as I’m a sucker for atmosphere, or a lack of it in this case (that’s a space joke). I’ve made sure to avoid any gameplay or extended trailers, as I was hooked by the first snippet I saw and want to go into it as fresh as possible. With singleplayer pretty well looked after, Predator: Hunting Grounds will tick the multiplayer box for me this month. I haven’t always enjoyed the whole asymmetric deal, but something about Hunting Grounds has me interested. Let’s be honest – it’s most likely the fact that you can play as the goddamn Predator.

April is all about one thing – Final Fantasy VII Remake – and almost nothing else. I should admit that I’ve never actually finished the original, despite Final Fantasy being my favourite video game series of all time. I’ve played as far as the Remake goes though (multiple times), so I’m keen to see how it all shapes up, and super keen just to be playing a brand new Final Fantasy. Plus, if the few hours I’ve played in the past at media previews are anything to go by it’s going to be a really good time. The rest of the month has some alright-looking stuff like Resident Evil 3 and Trials of Mana, but other than FFVII there’s really just one other game I’m all in for. Moving Out by Australia’s own SMG Studio is shaping up to be the next big party game hit, for whenever people are allowed to have parties again. You need only read our extensive coverage of the game on WellPlayed to know how excited we are about this one.

In what started as a barren year, 2020 has upped the ante in the past weeks with the release of DOOM Eternal and Animal Crossing: New Horizons in late March, and the releases show no signs of slowing down with several heavy-hitters hitting our shelves in April. First off is the Resident Evil 3 remake – a game which I’ve already played and reviewed. Those who played and enjoyed the original will love this remake, however those who hoped RE3 would follow in RE2’s footsteps might be slightly disappointed. Next up is AFL Evolution 2, that is if EB Games’ early April date is to be believed. I know the WellPlayed team is frothing about getting their hands on digital Patty Cripps and I can’t blame them. The AFL hasn’t had the greatest luck when it comes to video games but hopefully Evo 2 can deliver the goods. Then there’s The Hand of Glory, a point and click adventure that oozes Broken Sword vibes. I Kickstarted the game, so I hope those dollars have been put to good use. Last up is Moving Out, a damn fun time that I’ve written about numerous times. If there’s one couch co-op game you play this year, make sure it’s Moving Out.

I was hoping that April would be a solid period of respite after the colossal month that was March. I’m still playing Animal Crossing: New Horizons and DOOM Eternal (ripping and tearing never gets old for me) and yet April doesn’t exactly hold out on me. Immediately April smacks me in the head with Resident Evil 3. I’ve been spending a little time with the game for the purposes of PC analysis (that virtually no one will read), and I can completely agree with our resident breaking benjamin fanboy Zach Jackson’s thoughts on the game in his review. After that, the fucking Final Fantasy VII Remake aims to destroy my jorts. If you read my preview of three hours with the game you’d learn that I was not a fan of the original, yet my time with the Remake gave me a renewed sense of excitement for the title. Additionally, Moving Out looks to satisfy my Overcooked itch, while Gears Tactics has always intrigued me and so I cannot wait to get my mouse and keyboard ready for some strategy Gears action. Lastly is Minecraft Dungeons. I love Diablo-style games and I love Minecraft, so why wouldn’t I be excited for this?

Update: Minecraft Dungeons got delayed and now I am sad.

In this article:april 2020 edition, FF7R, moving out, re3, Tight in the Jorts