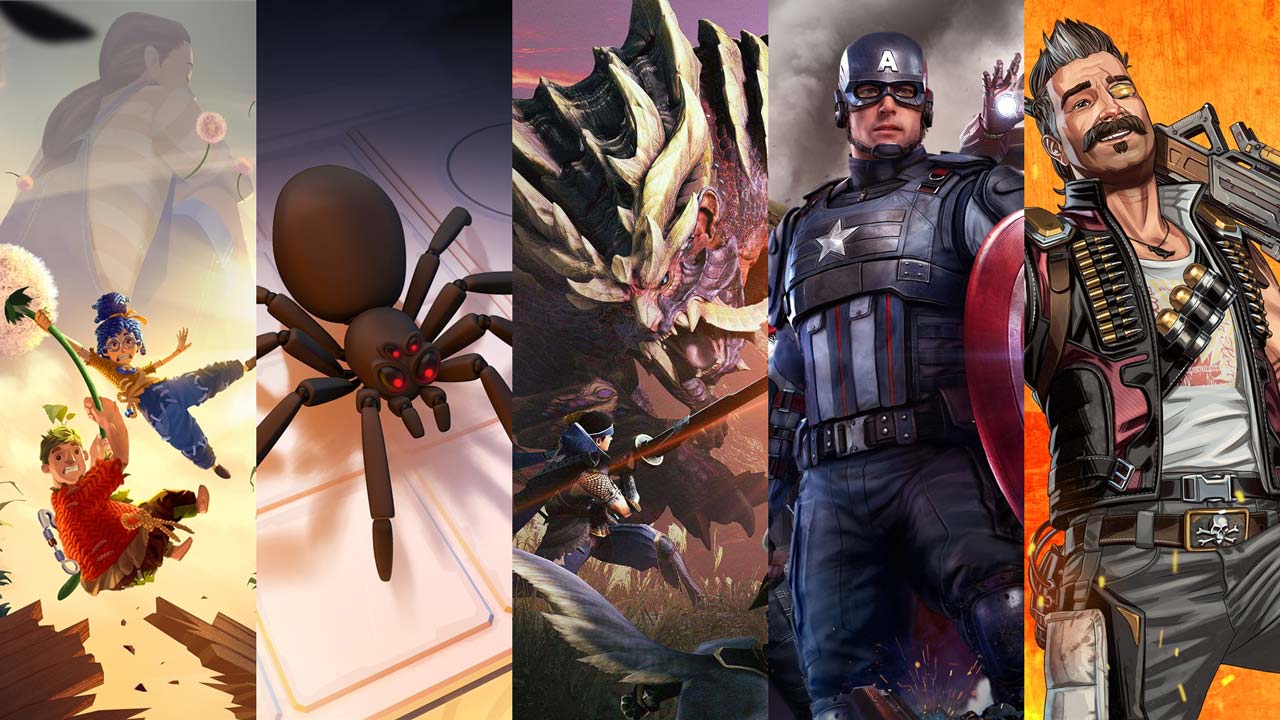 March 5th – The Life and Suffering of Sir Brante (PC)

March 23rd – Overcooked! All You Can Eat (PS4/Xbox One/Switch/PC)

Ports, remaster ports, forbidden cross-platform ports (Crash Bandicoot on Xbox? Heresy!) – March has it all. Seems like the current gen (or nu-gen if you hate the English language) is on a pretty low simmer at the moment, although a little title called Monster Hunter Rise has many Switch owners’ jorts aflutter and might fill the gaping holes in our souls that can only be filled with nu games. I famously asked why there wasn’t any sexy Palico cosplay out there during a WellPlayed podcast, only to be informed there was actually quite a large volume of it. A regretful Google search, and proof anything can be sexualised if you’re keen enough. But enough about my jorts, let’s talk about everyone else’s.

I’m going to be completely honest here, I didn’t actually know there were any games releasing this month outside of the only important game, Monster Hunter Rise. Sure, Yakuza: Like a Dragon releasing for the PS5 is cool and Crash 4 on the PS5 is cool too. But they are all irrelevant when MH Rise is going to consume me for the rest of the year potentially (and possibly 2022 as well with the announced PC release of the game). I could tell you about how I have been hankering to play Yakuza: Like a Dragon as I’ve felt the combat is the only thing from the previous games that really did not jive with me, or how the kid within me wants to play Crash 4 to see how the developers have respected and iterated on a childhood favourite, but that would all be bullshit anyway because I’m only really interested in bashing monsters with my pals on the Switch. Also, more cat puns.

For me, the month of March is all about revisiting old friends and viciously killing old enemies. Starting with the friendly side of the coin, Apex Legends is finally making its way to the Switch and despite my claims that I’m not interested in playing it on the portable powerhouse, I’m a trash person that goes against previous statements, so I’ll absolutely be giving it a whirl if only to see how it runs. My second reintroduction will be with Marvel’s Avengers, a game that, admittedly, I haven’t touched since I reviewed it back on launch. As much as I enjoyed the combat and characters, the game suffered from more than a few issues, issues that I’m hoping have been addressed for the PS5 release. I’m not getting my hopes up too high, but I’ll be more than happy to catch up with Kamala again in a higher resolution and with a better framerate. As for my mortal enemies, the eight-legged arachnid arseholes known as spiders, I’ll get a chance for revenge this month, as Kill It With Fire releases on consoles. Despite only being digital, I can’t wait to squish, smash, burn, blast and obliterate any and all creepy crawlies that cross my path. Do I have anger issues? I don’t know what you mean.

For me, March 2021 means one thing: Closure. At least, that’s the goal. With a bunch of top-notch games getting their next-gen upgrades this month it’s finally time for me to finish them off for good. I’m finally going to platinum Yakuza Like A Dragon (I played through on PC at launch), I’m finally going to try and 100% Crash Bandicoot 4 and Tony Hawk’s Pro Skater 1 + 2 and I’m even going to have a crack at mastering Kamala Khan in Marvel’s Avengers, all on the PlayStation 5. Let’s see if I achieve even one of those things. That aside, I’ve already played and enjoyed Graceful Decay’s Maquette (which you can read about here), but the brand new game that I’m most excited for this month is easily Hazelight’s It Takes Two. I loved A Way Out’s bold foray into cooperative-only adventure and It Takes Two looks to crank those concepts up to the max. Side note: How the fuck is it March already?

What games are you keen for this March? Let us know in the comments or on social media.