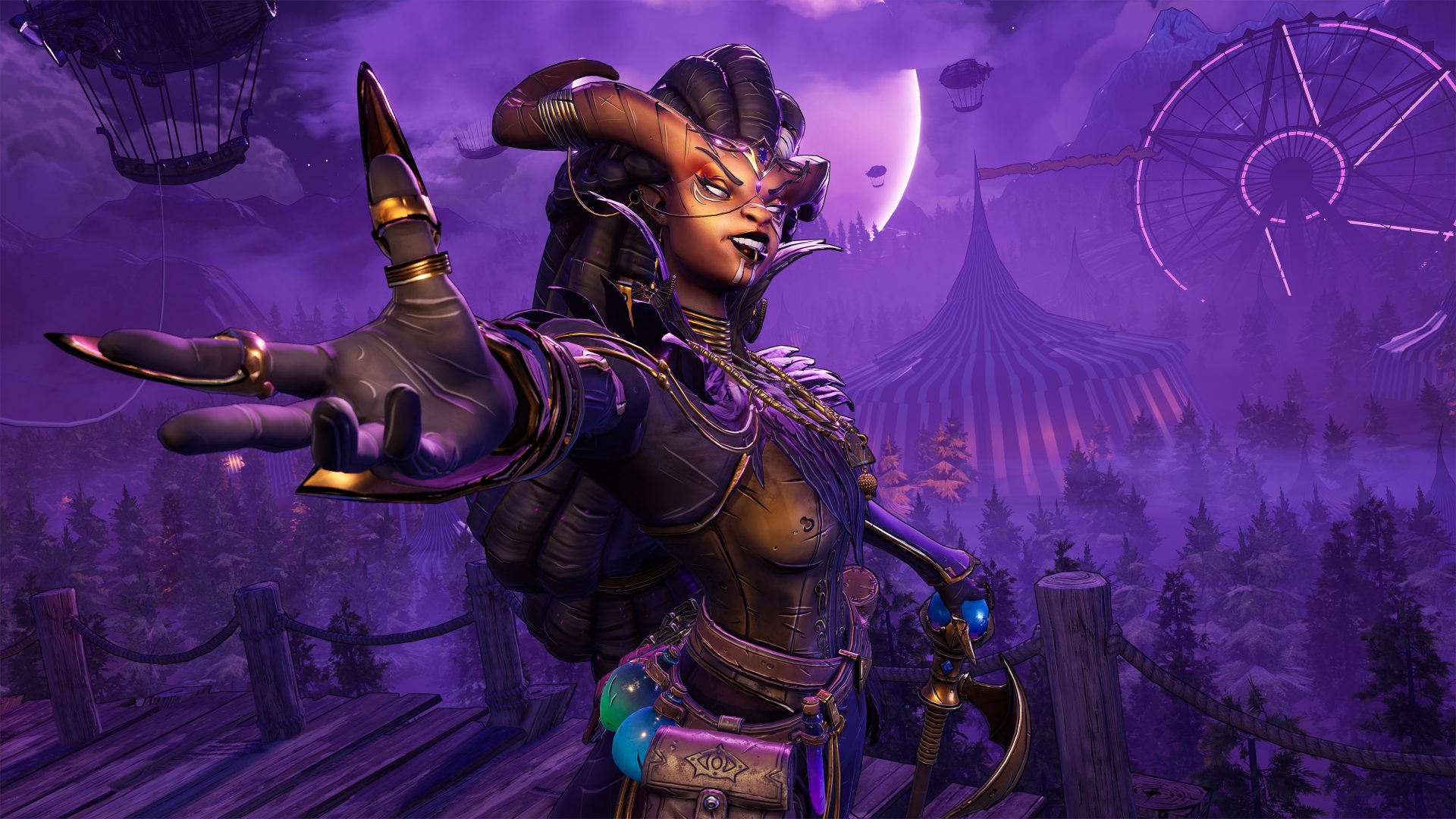 Developer Gearbox Software has revealed the season pass content that will be coming to Tiny Tina’s Wonderlands post-launch.

The season pass will consist of four content drops that will be centred around the Mirrors of Mystery, where players will be assisted by fortune teller Vesper as they’re transported to various illusionary locations. Each of the four environments will feature five levels filled with a mess of enemies, with a new boss waiting at the end of the dungeon. The Mirror of Mystery dungeons are built to be replayable, with the area itself and the boss within growing stronger with each successful run.

Completing these levels will grant you Lost Souls, a currency that can be spent with Vesper to spin the Wheel of Fate, which can reward players with legendary weapons and loot. Each time a content drop is completed, its components are added to the Chaos Chamber, the main endgame mode in Wonderlands, giving it even more replayability.

The fourth content drop will also introduce a new playable class to the game, bringing the total to seven. The new class will be available throughout the entirety of the game is able to be mixed and matched with the existing classes to create unique multiclass characters. Lastly, the season pass will include the Butt Stallion Pack, including the Diamond Guard Armour Presets, the Crystal Glitter Makeup Pack, the Adamant Throne Banner Set and the Diamond Hero Statue Materia.

Each of the content drops will be available for purchase separately, or as a bundle within the season pass. Give the trailer a watch:

Alongside the season pass, Gearbox also announced that Tiny Tina’s Wonderlands is collaborating with Fortnite. The Diamond Pony Glider, which is modelled from the infamous Butt Stallion, will be free to those who purchase Wonderlands via the Epic Games Store.

Are you keen to play Wonderlands? Does this content sound solid to you? Let us know in the comments or on our social media.