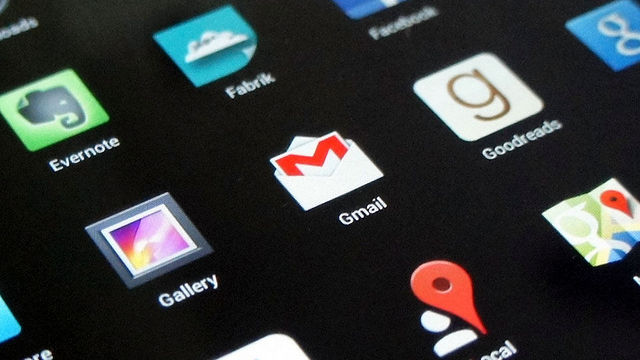 I don’t know about the rest of you but I love a good app on my phone. If I have a few minutes to burn and I’ve grown sick of the same old Angry Birds and Candy Crush games I’ll take a gander at the App Store for a new time waster! All too often I look through the top apps and games lists and I’m disappointed with what’s on offer. It’s the same junk that I continually download, only to delete the same day. Having said that, there can be some real gems at the top of the list and there are some stunning games out there to sink your teeth into. Which brings me to the point of this write-up. Standby to receive in your eye holes, my top 5 Android applications of the week!

*DISCLAIMER* I have zero intention of doing a top 5 every single week so don’t hold your breath waiting for the list next week, I’m not Buzzfeed.

So here we are:

In the spirit of top 5 lists. I’m well aware that you’re just going to go straight to number one and download that. So to save both of our time I will say this about Global Outbreak. There’s an outbreak, you have to stop it, you take a team around to kill shit or collect shit and you upgrade your shit to get better and avoid a global outbreak. It’s really badass so just get around it and move on to number 4!

Ahh good old Stick Cricket! Who doesn’t remember sitting at the back of computing in high school smashing some balls around a park, besting rubbish teams like England and moving on to bigger and better teams until you ultimately became so frustrated with your inability to hit a six you broke down in tears and had to be sent home for stress! (Perhaps this was just me). In any case, forget all of that and wrap your sockets around this excellent remake that will be sure to entertain initially and then piss you off just as much as the last one because hitting a six is just as hard but this time there are levels where that is your sole purpose. Seriously though, this game has taken a

Oh the memories. THE MEMORIES!!!

game we all loved as kids and turned it into an arcade classic. You will start your adventure playing ‘Origins’ where you will play in a local, Angry Birds-esque level game of ‘Chase’, ‘Consecutive Boundaries’, ‘Batting’, ‘King of the Boundary’ or ‘don’t Miss It’. Each of these styles of gameplay will require you to meet the criteria set and will give you a rating in stumps. One stump if you’re absolutely shithouse up to three stumps if you’re a regular Don Bradman. Achieving three stumps on a level will reward you with a speed, timing or power upgrade as well as the added bonus of sweet gear to look awesome while smashing minnows around the SCG. When you finally build up enough ‘Stumps’ you will unlock International mode which will be sure to make you crazy if you’re not ready to take on the extra challenge. If you value being calm then avoid International mode until you have completed Origins.

If you never played Tekken as a child give yourself an uppercut then continue reading about this wonderful new spin on an absolute classic! Tekken Card Tournament has taken the characters and moves from the original game and turned them into cards that can be bought and created into decks creating a Tekken-Pokemon-Yu-Gi-Oh hybrid that is just a magnificent way to pass the time between episodes of Gilmore Girls. Initially you will go through training which will allow you to select a character to create a deck around. Each character has a three tiered rating system which is ‘strength’ ‘draw’ and ‘skills’. Strength relates to the damage each card inflicts, draw is the cards potential to redraw

cards through appearing or by fulfilling a criteria and skills is special advantages as listed on the card, again, granted by fulfilling criteria listed on the card. Players may have up to three decks as standard but can buy new slots for a deck with credit points which are given for levelling up. Players will also be given coins for completing battles or campaign missions. In the shop you can buy a booster pack, a premium booster or a starter pack for a new character. There really is nothing not to love in this game! Gameplay is super simple, you can either focus (draw card), strike or block and the graphics are pretty bloody delicious. Seriously, get around this!

Pretty detailed for a free app

This turn based strategy game is an excellently detailed time wasting machine. You start out at an age you set before creating the game, spending your years trying to go from homeless bum eating pills from trash cans to president of the country organising revolutions. To advance in life you start out sneaking around the streets looking for bottles to sell for a price that changes every turn (a turn is every time you do something; it equals a day in your life). There are three bars that border the game options; these are your health, your happiness and your hunger. It’s a complete bitch trying to keep all three up while scrounging for garbage to sell. You can eat some pills from the trash to make you healthier again or some food off the street but it sure as shit doesn’t make you happy. Additionally to this, you can make money by gambling or on the stock market but to do this you first have to pay to learn your multiplication tables. This game is sweet because it’s all about making bulk cash to increase your position in life until you become Supreme Leader. Think of this game as a life simulator. Get around it!

If this was a terrible app would I have wasted a few days doing this?!

Atheists everywhere are praising the invention of this amazing fedora tipping app! The interface shows this great looking fella on the right in a sweet instrument of superiority on his head. Your job is to tap his face and hear him say tip over and over again. The more you tap his face the more he tips his fedora and the more times he gets friendzoned. You then use your friendzone points to buy classy items including: Mountain Brew (Dew obviously), Friendly Atheist, Fedora Stack and Wizard Cologne. As you move up the ranks from ‘Trenchcoat Wizard’ to ‘Atheist Genius’ and finally ‘Grand Master of Fedoras’ you will feel a euphoria that you haven’t experienced since you proudly showed your parents your first ball hair. You WILL feel amazing as you build up a fedora collection as big as your euphoria. This game is so good you’ll stop quickscoping cheeky scrubs just to look at the euphoria.
Now I know what you’re thinking, why would I possibly download an app that you just tap and nothing else? Well, 327 reviews with an overall score of 4/5 can’t be wrong!

*UPDATE* It now appears that the euphoric App called Fedora Tipper has been removed from the App Store. Never fear, more truly great Fedora related apps can be found.

So there they are! Possibly the greatest apps to waste your time at work! Seriously though, I’m not doing another one of these for a while so get around these for a bit!