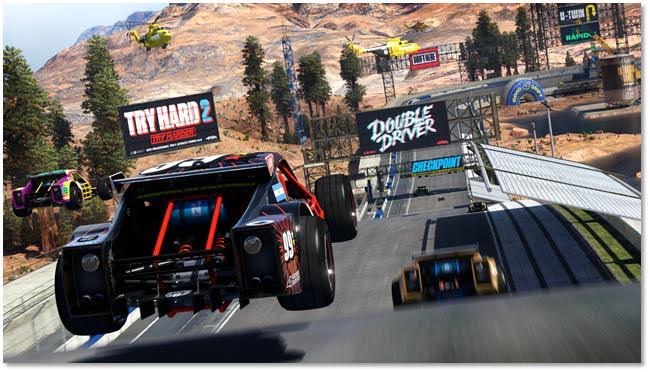 Watch the new trailer below

TrackMania Turbo is racing onto current-gen consoles for the first time. Players are invited to an immersive arcade racing universe featuring current-gen graphics and a brand new art direction that incorporates racing-culture elements and many references to ’90s arcade gaming.

TrackMania Turbo features “easy to learn, hard to master” gameplay. Players’ skills are challenged in 200 head-spinning tracks divided into four environments, each one with its own gameplay style. Using the Trackbuilder tool, players are empowered to design their own outlandish tracks and share them with their friends and the world. They can also add variety to their experience by generating random tracks. Finally, players can also be joined by their friends either in local or online multiplayer, with dozens of options. With the amount of diversified gaming available in TrackMania Turbo, players can enjoy a highly replayable experience.

To participate in the TrackMania Turbo Open Beta, players can connect, starting March 19th at 1am, to their console’s digital store to download it.

For everything Trackmania Turbo and more, stay tuned to Do You Even Game Bro?

In this article:Nadeo, Trackmania Turbo, Ubisoft