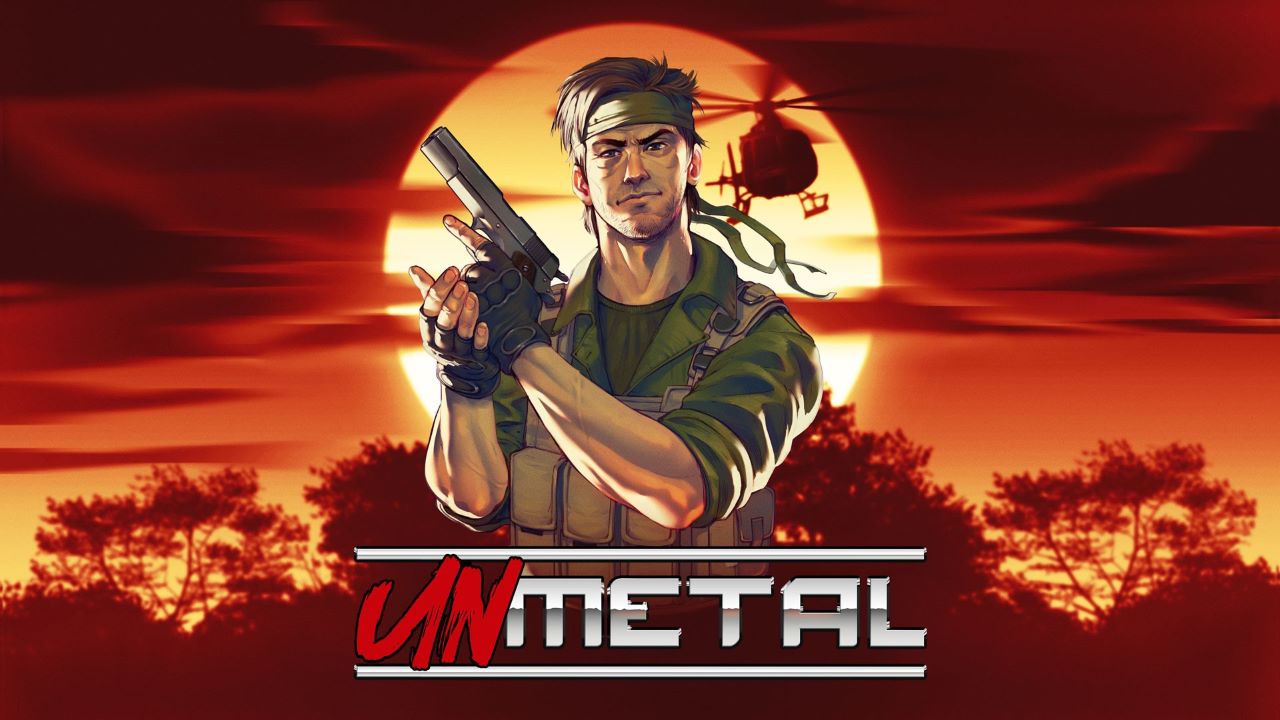 Comedy games walk a tightrope that other comedic medias don’t. It’s one thing for a visual medium like film to rely on a subjective factor like humour to keep your interest, but video games demand every piece of attention your body can give it. Games have more ways to do that, but those are subjective as well! Comedy games have to both be funny and play well to be considered ‘good’, which is very hard to do indeed.

UnMetal, from Spanish developer UnEpic Fran, is not a tightrope walker. Rather, it’ll make you think that it’s walking a tightrope while scrambling to find a way to get to the other side. It’s a title whose humour isn’t just in the presentation, UnMetal’s humour is woven into its gameplay. UnMetal is a parody affair a la a Zucker brothers film from days gone by, a style of humour that I have an irrational connection to. There are some things that are literally lost in translation, unfortunately, which makes the game more reliant on profanity than it really should be. If I could play it in its native Spanish, I would, but mi aerodeslizador esta lleno de anguilas.

I know an unfunny joke when I see one, but that doesn’t mean I didn’t laugh. I’m a girl that thinks Garry’s Mod animations from more than ten years ago are still hilarious. I giggle in glee when a cutscene from a bootleg (yet legal) Zelda game is warped to an Eldritch abomination. So believe me when I say that UnMetal isn’t a very funny game, but I laughed at it anyway.

If YOU needed to pee, it would be a minigame

I’m being mean, of course, UnMetal has some real gems. One I’ll honestly never forget is the game’s protagonist, Jessie Fox, lecturing over a Metal Gear Solid-style radio conversation about the dangers of being mauled by attack dogs while he’s being mauled by attack dogs. There are a lot of digs at the structures that make up a Kojima game – UnMetal itself plays identically to 1987’s Metal Gear – a structure that pleads to be lampooned.

The ridiculousness of Kojima’s writing style, and its effect on the action gaming landscape, are meme material by themselves, so it’s honestly a shame that UnMetal falls into traps of its own. Fox is what your high school English teacher called an ‘unreliable protagonist’, telling the story of the mission while you play the mission. Choices in what you choose for Fox to say lend themselves to often humorous outcomes, but the game will still force feed you often lengthy tutorials in a straight-faced way. If you’re also not a fan of Kojima’s lengthy expositions, UnMetal will fall into this hole as well. At least the cutscenes aren’t 40 minutes long, though.

Speaking of drawn-out and tedious aspects, UnMetal has some tricks up its sleeve when it comes to gameplay mechanics as well. Boss fights and other parts of the game are throwing new gameplay modes and junk at you. Fox himself is also something of a pacifist, never actually killing any enemies. You’ll have access to all the firearms that you could ever want, but they’ll always project non-lethal force. In order to finish a segment of the game, all enemies ‘knocked out’ in this fashion must be given first aid. You don’t have to do that right away, but it must be done for a successful session.

“I survived. By being dead. In pretend”

This wouldn’t be tedious (quirky even) if it weren’t for the sheer amount of enemies that the game throws at you. It becomes nearly impossible at times to knock somebody out with some harmless rifle rounds when you’re being constantly found out by a horde of baddies. Cover is also not conveyed in a readable manner, when it’s even available. It’s relegated to corners, behind obstacles and even simply running away until enemies give up and go home.

Aside from these things, UnMetal actually plays quite strongly. There’s a real sense of love for those original MSX titles in a now-iconic series that’s painfully rare. That love comes with a very good grasp of what a good title would look like if it presumably had more time to polish the levels. New gameplay types and ‘gimmicks’ are presented constantly, helping to push those pains of running and hiding because Fox is a dirty hippie that doesn’t wanna kill anybody to the back of your mind.

UnMetal is trying to be something that games truly need: effective parody. It almost hits the mark, but fails to reach the lofty standards I had hoped for. Still, there’s plenty to love (especially if the humour is up your alley after all) making UnMetal a short, but sweet, tribute to home computer stealth from the mid-80s. 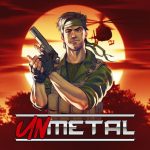 UnMetal Review
Serpiente! Serpienteeeeeeee!
UnMetal puts a parody spin on the older Metal Gear games, while also being a competent mid-80s stealth title. Its reliance on its humour in both gameplay and writing will make it a chore for some, but a joy for others.
The Good
Great emulated gameplay
Not funny, did laugh
The Bad
Tonal whiplash
Parody doesn't quite get there
Stealth needs more polish
6.5
Has A Crack

UnMetal Review
Serpiente! Serpienteeeeeeee!
UnMetal puts a parody spin on the older Metal Gear games, while also being a competent mid-80s stealth title. Its reliance on its humour in both gameplay and writing will make it a chore for some, but a joy for others.
The Good
Great emulated gameplay
Not funny, did laugh
The Bad
Tonal whiplash
Parody doesn't quite get there
Stealth needs more polish
6.5
Has A Crack
In this article:2021, arana judith, indie, metal gear, nintendo, review, switch, unepic fran, unmetal, Versus Evil