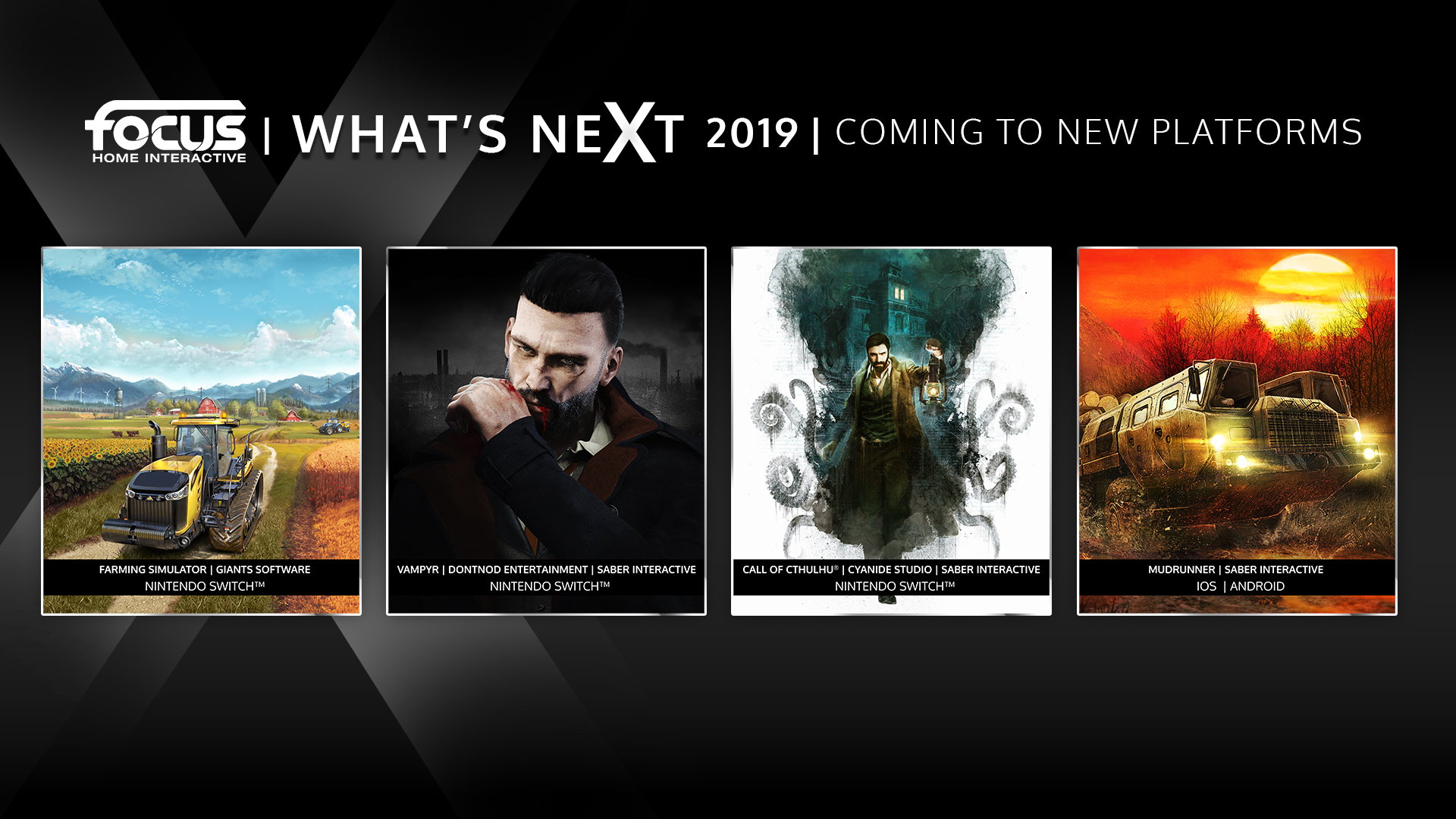 French publisher Focus Home Interactive has today announced that three of their IPs will be heading to the Nintendo Switch this year.

While we’ve known for a while that DONTNOD’s Vampyr is heading to the Switch, Focus Home has revealed that Call of Cthulhu and Farming Simulator (not just the Nintendo Switch edition) will be landing on Nintendo’s platform this year.

Saber Interactive will be handling the Switch versions of Vampyr and Call of Cthulhu. While Giants Software will be producing Farming Simulator for the Switch.

It was also announced that MudRunner will launch on iOS and Android later this year.