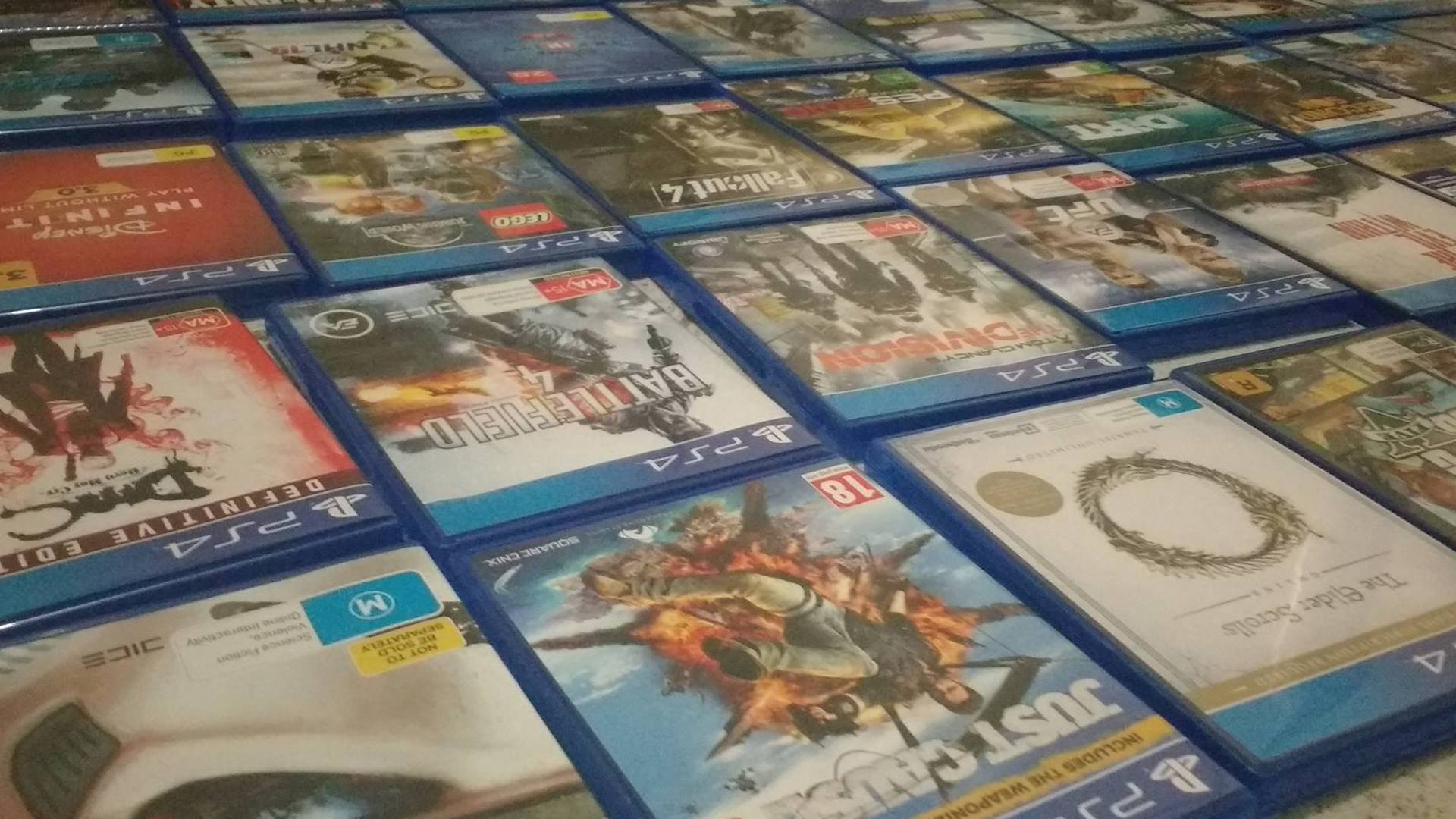 Guest writer Rob Pike discusses his constant struggle of having too many games to play and not enough time.

The Witcher 3. Mad Max. The entire Mass Effect series. These titles are just the tip of the proverbial iceberg that is my pile of shame.  While all fantastic games in their own right, for some reason they sit on my shelf slowly gathering dust as I reach for a new game or an old faithful instead.

So many of us as gamers share the guilt of unfinished games, but why? Do we all fail to finish or not start games for the same reasons? Why did I play the newly released Ratchet and Clank start to finish in four days and commence a second playthrough before I had even completed the tutorial of one of the most critically acclaimed games of all time in the Witcher 3? I’ve attempted to psychoanalyse myself and break down the major aspects contributing to being unable to conquer my backlog, a backlog that currently comprises so many titles that I could build a small house out of them.

When I was younger, finishing games was never a problem (for instance I had achieved all 120 stars in Mario 64 before I even thought of moving on to a new game). One thing we didn’t all have access to then was the Internet, and I feel that the current climate where the vast majority of the populace have unfettered virtual access to an absolute wealth of information plays a huge part in how we play games today.  Not only are we hearing thousands of opinions on games as soon as they are released but we also have a constant stream of information about a game before it even releases coming from gaming forums, social media and gaming sites.  Regardless of whether this content could be considered a form of spoiler, it still takes away the magic of playing a game for the first time and experiencing everything for yourself. In this way, gaming experiences are becoming more disposable, and attention is too easily diverted to whatever the next big thing in gaming culture is.

Sometimes after reading so many negative opinions about a game I have to convince myself if I like it or not. The Evil Within is a classic example of this and a game that sits high on my pile of shame. I do thoroughly enjoy it but for some reason at the time of release I just didn’t stick with it. The letterbox effect was a big factor here which has since been patched out, but I still have a mental barrier between me and conquering that title.

The letterbox effect was terrifying

When I was writing this piece, Uncharted 4 was set to release in two hours, Doom was releasing in four days and I was knee-deep in the beta for Blizzard’s masterpiece Overwatch which was releasing in two short weeks. Unfortunately for me, I have a decent paying job which enables me to purchase all these games on release day. Do I have to buy these games on release? Of course not! Will I though? Yes, yes I will.

Once again the Interwebz rears its ugly head, and to avoid spoilers and in general missing out on the fun of playing a game on launch I find myself rushing out to buy games on day one. In previous years this wasn’t really a problem, with AAA games only coming out once a month if we were lucky. These days us gamers are spoilt with the quality AND quantity of games; it’s a steady flow of 2-3 games a month that are a MUST purchase for gaming enthusiasts. Throw those games into the mix with work, socialising and making sure you shower and brush your teeth at least once a day, and finishing all of those games becomes quite a task. Before you know it, another calendar month has arrived and two or three new games are releasing that require your attention.

This demon isn’t going to shoot himself in the face. It’s up to me dammit!

We all know what it’s like to lose hours upon hours of our nights and early mornings to huge multiplayer sessions. Again I look back to my younger days, when my pile of unfinished games was all but non-existent, and I try to think where I found all the time to play these games from start to finish. What I realise is that apart from local multiplayer I wasn’t really doing much online gaming until the PS3 released (and more recently the PS4). This meant that whenever mates weren’t over playing H.O.R.S.E on Tony Hawk I was smashing through a single-player game alone and uninterrupted. There was no twelve-year-old guessing my Mum’s weight from the other side of the world while teabagging my corpse in a heated online battle getting in the way of that. But with the advent of a more connected gaming ecosystem, even single-player games such as the Uncharted Series, Assassin’s Creed and Tomb Raider still find room in their games for a multiplayer aspect. Although I agree multiplayer plays a huge role in gaming nowadays, as a gamer who has enjoyed the offline side of gaming almost as much as the online I can’t help but wish that some games would allow us to disconnect and let us focus on the story.

When trophies and achievements were first introduced it really excited me, a digital trail of our gaming adventures that you could share with friends. Sadly, what they have become is far from the digital story I was hoping for and now seem to be more of a hoarder’s dream. We now earn these often hyper-trivial prizes by completing tutorials, watching cut scenes or even simply creating a character to start a game.

Platinum trophies are still a great achievement, but often include mundane tasks that either take a ridiculous amount of time to achieve or involve battling the twelve-year-old brats that I spoke about earlier in the sometimes unwelcome multiplayer aspects of the game. It also raises the question of when you’ve properly finished a game (or clocked a game in the parlance of my youth). Is completing the story sufficient? Or are we likely to be looked down upon by completionist elitists who claim we know nothing of a game’s true experience because we didn’t find every single pointless relic in Far Cry 3.

I’d love a new kind of trophy or achievement to be introduced that just represented completing a game. Perhaps even regardless of difficulty. Yes these feats are currently rewarded but the trophy is easily lost in the pile with the rest. A simple metallic or different coloured trophy next to a game to represent you had completed a game that could be easily viewed would certainly encourage me to stick it out through games. Also, collecting these unique trophies and comparing numbers with friends would have more of an impact than the current trophy/achievement system.

So there’s a small glimpse at the things currently stopping me from conquering my pile of shame. Much like the games we play we are all different and all go about things in our own way, and I’d love to hear what’s sitting on top of your pile of shame and what’s stopping you from completing it?

And if you somehow don’t have a pile of shame…..help me?