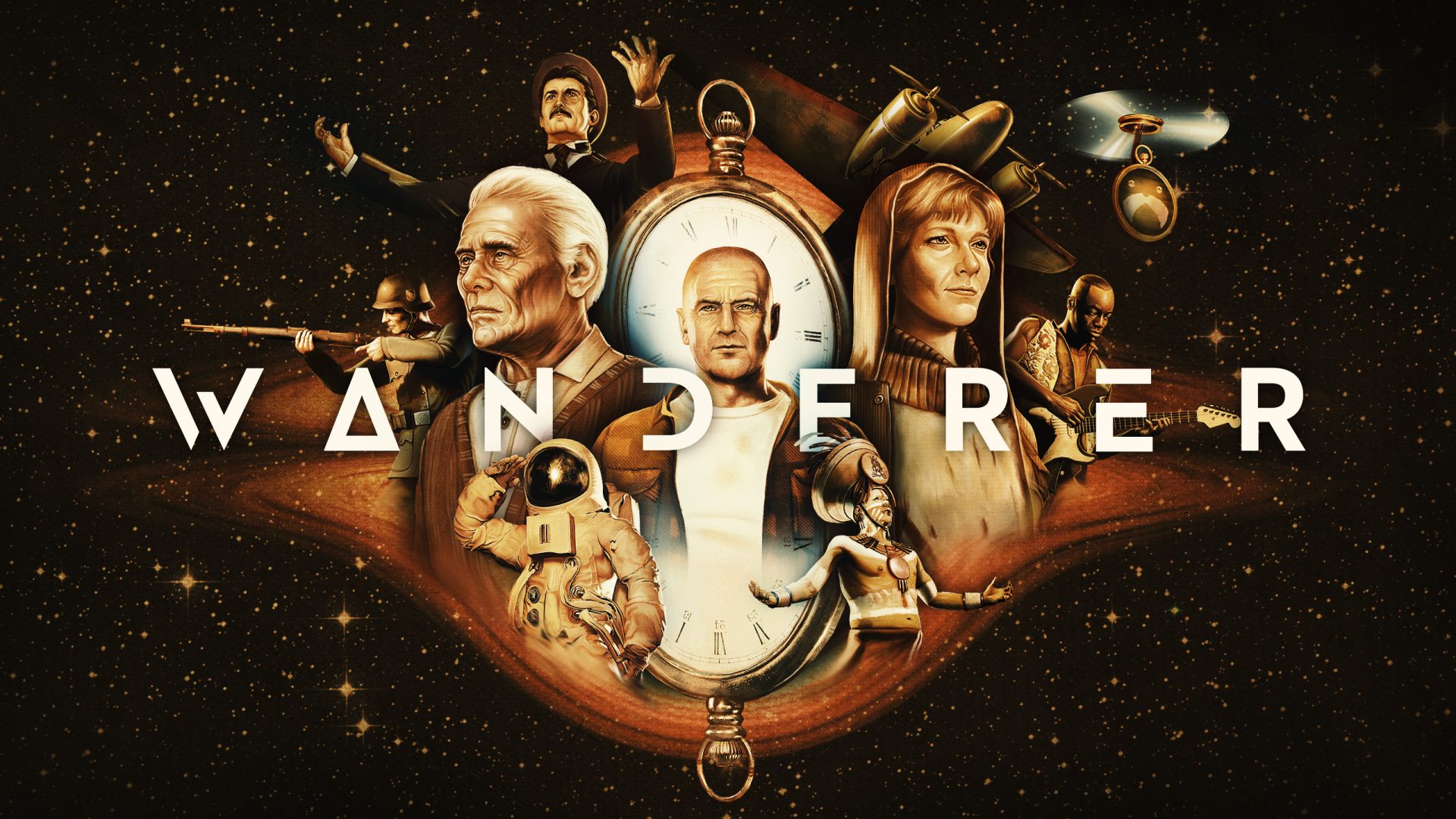 With the announcement of PlayStation VR2 it is easy to forget that Sony and developers are still supporting the original headset, which has now been in the wild for over five years. While we have been graced with many different and unique experiences over the years, it is now getting to the stage of the lifecycle where titles are being drip fed into the ageing library. It is also at a stage where the games truly demonstrate the limitations of the ageing hardware, in terms of power, performance, visuals and controls. Wanderer is an admirable attempt at combining everything learned over the years with VR, including offering several options to the player, creating an immersive and interactive experience while feeling like a fully-fledged product. While Wanderer technically uses those learnings to its advantages and has some promising ideas, the age of the hardware holds it back and causes no small amount of frustration. This is in combination with some clever and not so clever design choices that hit and miss in equal measure. The result is basically a game that is the very definition of a mixed bag. Sometimes you’re graced with a wondrous Cadbury Caramel, and other times you’re on the end of a cursed Turkish Delight.

The game presents itself as a time-travelling adventure, where you must unravel a mystery across important moments in human history using your wit and perception. This involves interacting with different objects and solving puzzles in an experience that resembles an immersive escape room of sorts. The room you’ll be escaping is your grandfather’s old apartment, in which you’ll quickly discover a miraculous talking wristwatch that will aid you on your time-bending quest. While the game’s present is a post-apocalyptic dystopia, using artefacts found in the apartment you’ll be able to travel to specific moments of the past to solve additional puzzles and eventually find some answers as to where it all went wrong. Someone with a sinister agenda has been interfering with critical moments in our real-world history, leading to the post-apocalyptic setting we find ourselves in. Blasphemous rewritings of history such as the Russians being the first to walk on the moon have clearly had an immense butterfly effect. Working together with the wristwatch your grandfather gave you and magical artefacts that allow you to travel to these specific moments in time, you’ll slowly put together the pieces of what happened and who is behind this timeline tampering.

The story itself is a run-of-the mill time-travelling plot, but I think it’s serviceable enough to keep up the pace and interest throughout the game. You will be time travelling to the moon landing, the peak of the ancient Mayan civilisation, World War II, and even the period where Nikola Tesla was alive and well, as you try an solve this sci-fi murder mystery.  The voice acting is hit or miss with some characters, but the wristwatch has a Kentucky-style accent that harkens to the DNA mascot of Jurassic Park and leaves a lasting impression. The major issue I have with the voice acting is the mixing and levels when characters are talking to you from a distance. There are times when an NPC was yelling something at me, but I had to really lean in close to hear what they were saying with clarity, which is odd for a VR game, where 3D audio and using headphones usually creates a supreme audio experience. Having said that, I did enjoy the subtle but effective score and soundscape of some of the environments, which helped build that immersion and didn’t become grating upon repetition despite spending a lot of time in each area trying to get my head around the puzzle solutions.

I’ve mentioned him a couple of times, but the implementation of the wristwatch with its Southern drawl is a clever design element, particularly for VR experiences. By tapping the face of your wristwatch, you can store and access items to call upon later, so you’re not running around everywhere with your hands full. While you only have a limited space for these objects, you can collect crystals throughout the levels to upgrade your wristwatch to store more. Upgrades can also be spent to customise your wristwatch. In addition to the storage component, the wristwatch can pop off your wrist, floating around and providing helpful hints (sometimes) as to how to progress through the current predicament. In theory, this is a welcome addition, but sometimes I felt his hints were too vague and didn’t really provide much hint at all. Most of these puzzles involve you using an item or a combination of items you find (typically around the apartment) to unlock the next piece of a puzzle, and some of them were intuitive enough to keep a nice momentum, but others had me wanting to smash my headset against a wall. There were even times where I was actually on the right track and in fact had the correct solution, but the poor tracking of the controllers and the finnicky way it registers inputs had me believe I was way off and made me waste time fumbling around in rage-inducing frustration.

Speaking of finnicky controls, Wanderer is full of patchy tracking which ultimately affects the smoothness of the experience. Sometimes it works and feels natural to grab objects and use them as God intended, other times I was dropping items unintentionally and activating things I did not want to activate and even went through a chunk of the game without working out how to pop the wristwatch out from my wrist to provide information. Eventually I worked it out by pressing the little button on the bottom of the face of the watch, but since pressing the face of the watch brings up the storage UI, I was constantly spamming the watch face hoping it would trigger the ejection of the wristwatch. I will submit that some of these issues are due to the ever-ageing Move controllers which I am very vocal about despising. But it’s all we’ve got in terms of dual-wielding motion controls on PSVR and while some of these problems could be alleviated with better controls, this wouldn’t solve everything.

There are a nice array of control options available to players within Wanderer. You can select teleport or locomotion movement as well as snap or smooth turning with vignette filters to assist with motion sickness. The height adjustment works well and does offer an option for standing and sitting. The game also offers some quality-of-life options such as being able to pick up objects from a distance, instead of having to reach down while breaking my back only to be prevented from grabbing it because it’s not in the camera’s view. These things sound small but ultimately provide for a more pleasant experience and I appreciate its implementation.

Some interactive sequences hit the sweet spot, others miss the mark

Throughout my time with the game, I did encounter several bugs which could only be resolved by exiting the game entirely. The most offending example was early in the game where I had to fend off two alligators from sinking my boat by hitting them across the head in what I assume is a clever meta reference to Gator Panic. During this sequence, having knocked one gator across the noggin, I became stuck on the edge of my boat unable to move at all. This happened to me four times in a row, and I had to exit the game in order to load the sequence from the beginning and hope I didn’t get stuck the next time. Things like this happened in later sections but to a smaller degree. Still, it did not leave the most positive early impression.

I’ve been hard on the game, but I must say I am quite impressed with what a small team based in New Zealand have pulled off, purely from a production value perspective. Wanderer is a collaboration project between Kiwi teams Oddboy and M-Theory, and while it’s not exactly AAA in its production, the fidelity, textures, and models are incredibly solid. For example, the first environment is set within a flooded post-apocalyptic vibe set in Boston that feels like a first-person tour through the world of The Last of Us. There is also an impressive number of diverse environments between the different timelines giving each area a unique look and feel. It’s mostly quite impressive, but there are still obvious visual blemishes in the game. Level of detail (LODs) and texture pop-ins occur frequently and quite close to the camera. Most of the game takes place in confined areas and even within these you can see shadows and textures load in front of your eyes, and aliasing issues present in many PSVR titles are very evident in this title, particularly in the very dense environments with long draw distances. Prepare to see jagged edges everywhere.

It bears reiterating just how much of a mixed bag Squanderer ends up being. Impressive production values in some areas shine, but the limitations of the hardware in terms of processing power and aliasing rears its ugly head just as frequently. It offers welcome control and comfort options with some intuitive ideas but it’s also finnicky with its execution of motion controls. The levels and story are interesting enough to stay engaged and some of the puzzles feel rewarding, while others feel vague, annoying and a chore to work out. It feels like an ambitious and feature-length cohesive product in many ways, but bugs and lack of polish…squander…its potential. It makes me wonder if holding out for the much more advanced, powerful, and capable PSVR2 would have been a better option to ultimately free itself from the constraints of the currently underpowered hardware. Wanderer is planned as a three-part series so I am almost certain this first part will make the jump to Sony’s next VR device and that certainty makes me just as certain to recommend holding off on this until more capable hardware comes along. 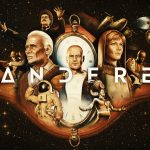 Wanderer Review
WanderVision
Wanderer does a lot of great things, but is held back primarily by the ageing hardware but also some uneven design choices.
The Good
Impressive scope and production values given the size of the team
Interesting and intuitive ideas
Welcome control and comfort options
The Bad
Technical issues abound
Finnicky controls and hardware limitations hold it back
Some puzzles are unintuitive and frustrating
6.5
Good

Wanderer Review
WanderVision
Wanderer does a lot of great things, but is held back primarily by the ageing hardware but also some uneven design choices.
The Good
Impressive scope and production values given the size of the team
Interesting and intuitive ideas
Welcome control and comfort options
The Bad
Technical issues abound
Finnicky controls and hardware limitations hold it back
Some puzzles are unintuitive and frustrating
6.5
Good
In this article:meta, oculus, PlayStation, ps4, PS5, PSVR, quest, wanderer