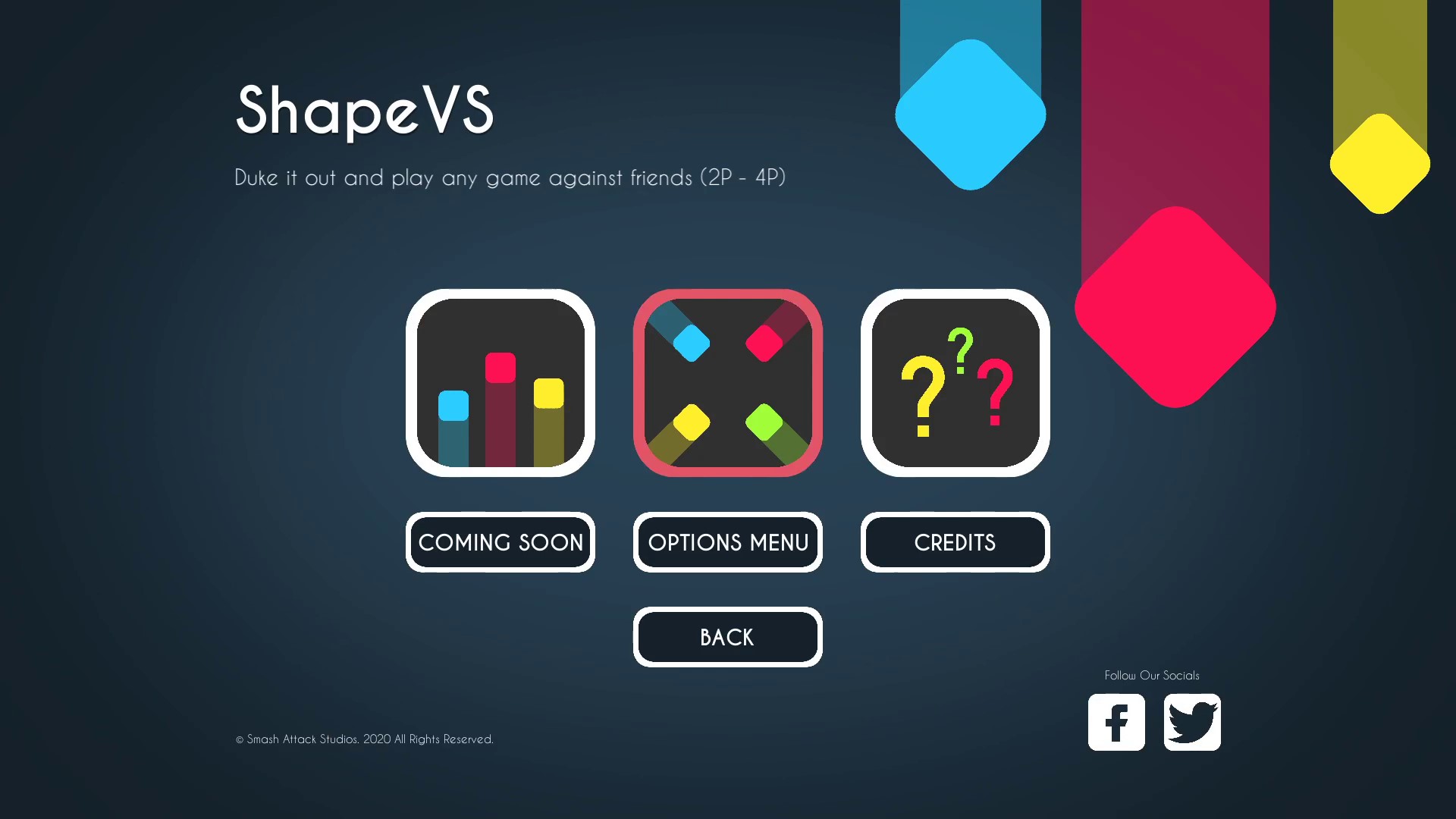 We here at WellPlayed take every chance we can get to cover Australian-made games, as this big island of ours has a huge amount of talent working on heaps of exciting projects at any given time. Despite this, we here in little old Tasmania still get the short end of the stick for being the tiny, oft-forgotten island at the bottom of Aus, with jokes like ‘when are you getting internet down there?’ being fairly commonplace.

Our Made In Australia coverage this month focuses on Hobart-based developer Myriad Games and their title Where The Snow Settles, showing that Tassie’s dev scene is definitely alive. Not only is the scene alive, it’s alive and growing.

I recently had the chance to visit Launceston-based Smash Attack Studios to have a chat with Studio Head Temp about their couch multiplayer game ShapeVS. Alongside having a chat with the dev team I also got to spend some quality hands-on time with ShapeVS, with a preview article going live on WellPlayed soon.

WellPlayed: Starting off with a bit of an overview, you’re currently working on a game called ShapeVS, can you give us the elevator pitch for your project?

Smash Attack Studios: ShapeVS is an expanded upon version of our Shape series of games that grabs our mobile classics and re-energises them for four-player shenanigans in a fun and competitive package.

WP: How many people do you currently have working on ShapeVS?

SAS: As of now 4, we have Temp as our game director and lead programmer, another programmer Alex, artist Stella and audio engineer Aaron. We are very fortunate to have a passionate and skilled team working on this project. Especially someone like Aaron who has worked on some amazing titles, having him join the team adds another layer of excitement to the project.

WP: What have your main sources of inspiration been for ShapeVS?

SAS: Games like Mario Party, Wii Sports and the such that fall under that mini game collection category. We wanted to take that idea of the “mini game” and really hone in on what makes them special and stand out. For me I have found that some of those games can be bloated and some of the mini games aren’t as polished as others. With ShapeVS we want 12 really honed, balanced and fun games for people.

WP: ShapeVS is very focused on couch multiplayer, what went into the decision to have your game focus so heavily on local play?

SAS: Very much COVID and our studios history and love of fighting games. The idea also really stemmed from an interaction Temp’s had over at Christmas when one of his extended family downloaded Shape Rush and they ended up having a house wide, competition and the idea of having it on one big screen came up, Temp made it happen and the idea kinda went from there with local play as the key idea.

WP: Smash Attack has mainly focused on mobile experiences up until this point, what influenced the decision to move into PC and console development?

SAS: As we are a young studio consisting of hobbyists, junior level and some semi high level individuals, we used the mobile games as a way to train ourselves. Learn to program, manage store fronts, distribution and the such. We have always aimed for PC/Console and we believe ShapeVS is a great first game to tackle that goal.

WP: So far you’ve announced that ShapeVS will be coming to PC and consoles, are you able to give any indication as to what consoles we could see it on?

SAS: The only thing I can really confirm is we are in talks with people on where, how and when to get ShapeVS. We have high hopes for some if not all of the major 4 player bases (PC, Nintendo, Sony and Microsoft) to get access to ShapeVS. We will definitely let people know once we confirm something though.

WP: I’ve noticed that Smash Attack are very present and engaged with the local gaming community, how has that level of community involvement impacted development?

SAS: It’s a big part of who we are, from our content creation side with our podcast’s and streams to our Esports team, Down Tilt, all these levels of community engagement are fundamental pillars in the type of studio we are. With the content creation we have a direct line to our fans on updates and as for Down Tilt, it’s an amazing community we have fostered and we have recently been bringing ShapeVS to our events for our community to play test and give feedback.

WP: How many games minigames can we expect to see in the full launch and are there plans to add in any more post-launch?

SAS: Currently there are 12 planned games to launch with ShapeVS, we chose this number and games from a list of ideas and it mainly came down to, how can we best do these and is it possible for a small team. We are looking at post launch content as so many ideas were scrapped or left on the drawing board that we could develop at a later date.

WP: You’ve shown off three games during today’s hands-on, Shape Zone, Move and Fly, are you able to give us any information on any of the other games that are in the pipeline?

SAS: Right now we have announced Shape Zone, Move, Fly and Rush. Currently on Zone, Move and Fly are playable at our community events and such. As stated above we are looking at post launch updates for games and I guess the biggest scoop I could give you is we are looking at team sports for some inspiration. Take that as you will.

Only three games are up and running at the moment, but the other nine are well on their way

WP: Tasmania doesn’t have a large number of game developers, Launceston itself even less so. What has your experience been like in such a niche field for your location? (positive and/or negative)

SAS: It’s amazing that we have studios like Myriad Games Studio and Giant Margarita as well as an awesome community in Tas Game Makers (https://tasgamemakers.com/). Right now our big goal is to break the ol’ “you make games in Tasmania” because there are a lot of amazing developers, hobbyists and such doing such good work. So it’s a double-edged sword really, positives of people getting excited things are happening, negative that we have a bit, in our eyes, to prove that great games are coming out of Tasmania.

WP: Do you currently have a release date or release window for Shape VS?

SAS: We are aiming for a 2021 release but you know how these go we will play it by ear but you can follow our socials to be kept up to date.

WP: Thank you so much for your time and best of luck with the rest of development.

SAS: Thank you so much for checking out ShapeVS!

Living in Tasmania (Launceston in particular) can be a bit of a drag at times, as it seems like a city that’s stuck in a bit of a rut, so it’s fantastic to see that there are passionate folks working on exciting new projects that might put my home on the map, especially when they’re working on them a half-dozen blocks away from my house.

I’ll be keeping a close watch on ShapeVS and Smash Attack Studios and will keep you all updated with their progress. Keep your eyes peeled on WellPlayed for my hands-on preview with ShapeVS.