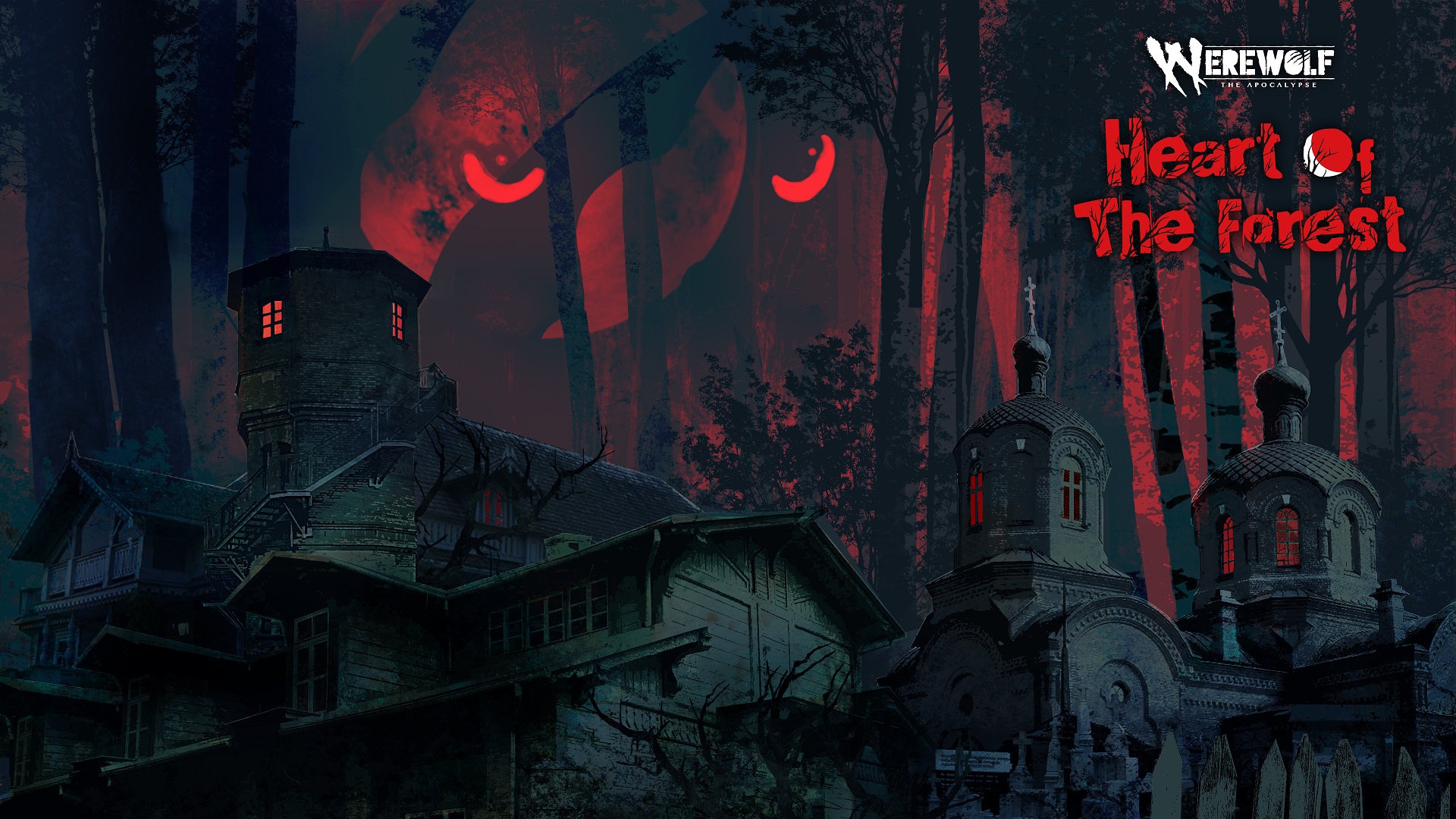 During my formative years I considered myself somewhat of a hippie (with the dreadlocks to prove it), but I didn’t go so far as to become an ecoterrorist, and I also wasn’t a werewolf (I checked). But as fate would have it, I’ve played two Werewolf: The Apocalypse games in as many weeks, and it’s given me pause to think what might have been had I continued leaning to the left but also had supernatural powers to actually do something proactive. For those unfamiliar, the Werewolf: The Apocalypse universe originated as a tabletop RPG in White Wolf Publishing’s Classic World of Darkness. The basic thrust of the world is that werewolves exist as chaotic forces of nature, designed to be the spiritual guardians of the natural world and servants of Mother Earth. When faced with the corrupting forces of corporate greed and tyranny which throttle the very life from the planet, these shapeshifters (known as Garou) are less likely to light a joint and play some guitar or hacky sack, and more likely to start tearing faces off and relieving the evil-doers of their limbs. They’re the sort of people you wish had been there when ScoMo brought a lump of coal into parliament and told us not to be scared of it.

Straight out of one of my recent therapy sessions

Different Tales’ Heart of the Forest leverages the intriguing premise of the Werewolf universe to craft a visual novel with light roleplaying elements. PC and Switch players may already be familiar with this one as it’s been out on those platforms for a little while now, but now that it’s come to PlayStation and Xbox consoles I’m finally been able to get my claws on it. Playing as American university student Maia, you travel to the Polish village of Białowieża after being drawn there by powerful recurring dreams of the ancient primordial forest which surrounds it. Maia has deep family roots in the region, and her desire to discover the mysteries of her lineage and her family’s relationship to the forest are her principal drive, but it’s not long before she becomes embroiled in a local protest against a logging group looking to pillage the ancient woods. This protest will become the catalyst by which Maia discovers who she truly is, as well as determining what she is destined to become.

As a visual novel, the game is most aptly compared to a Choose-Your-Own-Adventure novel. There’s actually a fair bit of agency in how you want Maia’s tale to unfold, and the strong emotive writing does a great job of drawing you in and really making you feel you are playing her role at the same type as shaping it. There are some fairly simple elements of Maia’s experience that are cleverly gameified which divorce it from being a passive reading experience and feed further into that sense of agency. In terms of actual gameplay you’ll be keeping your eye on a few attributes tracked by simple meters, namely Rage, Willpower and Health. These will all dictate whether certain dialogue or narrative choices will become available to you, and having them high or low will lead to vastly different outcomes. Rage is quintessential to the Werewolf universe, as it represents the chaotic nature of the Garou and their tendency to occasionally act on whim and pure instinct. When it’s low you might not be able to rise to the occasion if it gets a little hostile, if it’s too high then you might not have a choice and start throwing down despite yourself. Willpower can be expended to force the narrative down a desired path by performing actions that are mentally or emotionally strenuous, but must be used sparingly as it is only replenished when Maia makes progress towards her core goals. Health is fairly self-explanatory, but you can’t really die in the game even if it drops to zero, again it’s just there to shape some of your available choices.

There’s actually a fair bit of agency in how you want Maia’s tale to unfold, and the strong emotive writing does a great job of drawing you in and really making you feel you are playing her role at the same type as shaping it

Backing the walls of dynamically scrolling text are some beautiful still imagery with subtle animations. Some are fairly simple in their design, giving you a vague idea as to the physical makeup of some of the characters or the environment, others are breathtaking dream-like explosions of colour and ideas that perfectly capture the turmoil of the changes that Maia is undergoing. Sound is minimalist but meditative, and does a good job of not intruding on the fact that you are concentrating on reading substantial amounts of text. As I quietly enjoyed listening to the soft pitter patter of rain, the gently blowing wind or the creaking of ancient trees, I started to think that maybe the inner hippie thought long lost may actually still be alive somewhere. Moments of tension are punctuated by more intense music, and these ebb and flow nicely in a natural rhythm with the gradually unfolding narrative.

While I found myself drawn in by the story, there are a few elements that manage to sour the experience. The writing is generally strong, being descriptive and emotive without being overbearing, but sometimes it’s a little…ineloquent. Some moments that were ramping up the drama like old-school Ken Follett end up squandering them with R. L. Stinian bluntness, and while it was only on a handful of occasions, it was enough to notice. More unforgivable are the plethora of spelling and grammatical errors, which in the visual novel genre is not a good look.

The game is not long by any stretch, which is not a criticism in and of itself, but depending on your reading speed you can knock it over in a couple of hours. Given the diverse amount of choices available to the player I was keen to do a second playthrough to see how fundamentally different choices would play out. My first playthrough was fairly aggressive, and in many ways quite natural and satisfying. I decided to take it down a notch and go for the pacifist route on my second playthrough, but it revealed some plot and tonal inconsistencies that made it feel like it had lost a sense of cohesion. I was kind of enraptured on my first playthrough, but I feel like my second playthrough only served to show me the magician’s tricks and dispel the illusion.

I am now thoroughly convinced that lycanthropy and ecoterrorism are perfectly natural bedfellows. The Werewolf: The Apocalypse universe is one brimming with potential, and Heart of the Forest in general does a fantastic job of leaning on its lore while presenting a captivating personal tale. There’s a palpable sense of choice in how Maia’s story unfolds, and the gamey elements are light but work well in the context and make it feel like an active experience. It’s true that occasionally the quality of the writing dips and there are far too many typographical errors, plus a second playthrough doesn’t come recommended if you don’t want the illusion spoiled, but for fans of the genre this is a solid little bite-sized experience worthy of a look in. 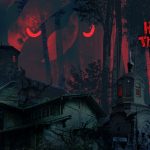 Werewolf: The Apocalypse – Heart Of The Forest Review
Waking The Demon
A sort and sweet visual novel which gives the player plenty of choice and leverages its source material well, only occasionally stumbling in the writing department.
The Good
Mostly strong writing and great sense of agency brings the source material to life
Meditative soundtrack ebbs and flows with the drama
Some of the imagery is amazing
The Bad
Spelling and grammatical errors are a bad look
A second playthrough casts a disappointing shadow over the first
The writing can sometimes have a jarring bluntness
7.5
Good

Werewolf: The Apocalypse – Heart Of The Forest Review
Waking The Demon
A sort and sweet visual novel which gives the player plenty of choice and leverages its source material well, only occasionally stumbling in the writing department.
The Good
Mostly strong writing and great sense of agency brings the source material to life
Meditative soundtrack ebbs and flows with the drama
Some of the imagery is amazing
The Bad
Spelling and grammatical errors are a bad look
A second playthrough casts a disappointing shadow over the first
The writing can sometimes have a jarring bluntness
7.5
Good
In this article:different tales, heart of the forest, walkabout games, werewolf the apocalypse