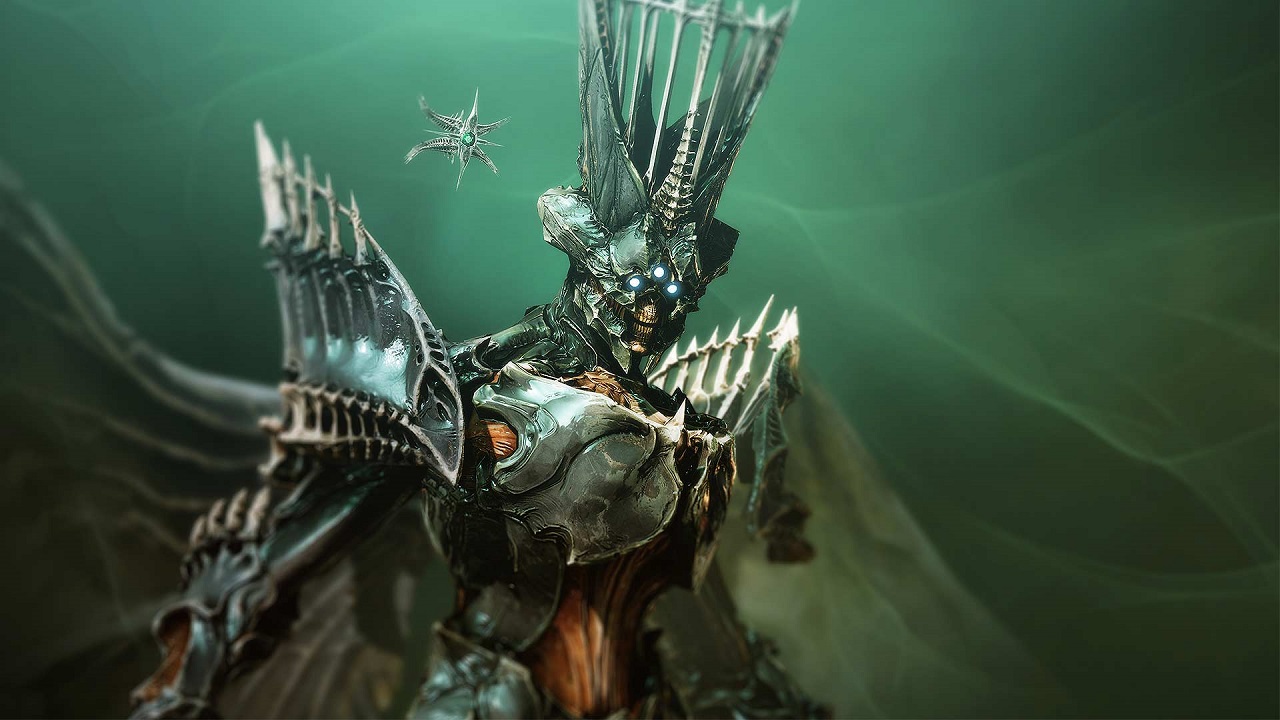 We’re just days away from arguably one of the biggest expansions heading to Destiny 2, the long awaited arrival of the Witch Queen and her throne world full of horrible wonders. If you haven’t explored Destiny 2 in a little while or perhaps you’re a curious onlooker from the sidelines, there are a lot of upcoming changes both within the story and gameplay itself that are worth a quick explanation or two in order to get you up to speed.

From a distance, it’s easy to overlook how deep and detailed the lore around Destiny can be. Most players may never look up the various lore entries that are scattered across each location or unlocked from completing challenges and events, but truth be told the narrative goes far deeper than the general storytelling most players will follow from simply completing the campaign. What follows barely scratches the surface of the narrative threads that have been building over the past few years.

So, who is Savathûn, the Witch Queen? A dangerous foe that has been waiting in the shadows for some time, name dropped on numerous occasions over the years and slowly spreading her influence across the known galaxy. Her links to the story date all the way back to the original Destiny and its Taken King expansion, in which her brother Oryx was a key player. Originally named Sathona before growing in power, the Hive have been attempting to summon her, turning Guardians into crystals on Titan among numerous plans, all of them thwarted by players across Destiny 2. Unfortunately, Savathûn has used each so-called defeat to grow in power, discovering Oryx’s ability to control the Taken (corrupted entities born from darkness) and convincing others to heed her words.

Despite being powerful entities, the Hive are known for their short lifespans. Sathona and her siblings discovered the Worm Gods, disciples of the darkness, and made a pact with them to avert disaster for the Hive and become Gods themselves. All Hive are bound to the Worms, and as Sathona became Savathûn, she realised that her pact was her undoing. Her brother Auryx was betrayed and fell into the Ascendant Realm, turning him into Oryx and leading him down a path to a war against Akka, the Worm of Secrets, and the power needed to create the Taken.

A very long story short, Savathûn fought to bring Oryx down as the siblings fought amongst themselves, with her actions eventually leading to his death at our hands during The Taken King. Every move she has made since has affected major parts of the galaxy, in turn teaching her valuable lessons to enforce her own understanding of reality. It was the Witch Queen who convinced the mysterious wish-granting Ahamkara known as Riven to lead Uldron Sov down a path of destruction in the Forsaken expansion, leading to the creation of the Scorn and placing a curse on the Dreaming City.

Similarly, the Witch Queen has influenced the actions of former Cabal Emperor Calus, various factions of the Hive, even the daughters of Crota (Oryx’s son), all with the goal of discovering true power away from the influence of the Worm Gods…or so we think. Savathûn concluded that space and time could be broken, that the only way she could evolve away from the Worms was to control the uncontrollable. With every plan defeated, she discovered more, which leads us to the most recent events of Season of the Lost.

Having made a deal with the returning Mara Sov to rid her of her worm, Savathûn has enacted her most vital part of her long running plan. Removing the worm would free her, allowing her total control over her life and quite possibly all those around her. We may have seen this coming, the many mentions of the Witch Queen and her constant influence over the events that have led us here, but perhaps her true intentions are still a mystery. We’ve been led to believe that she’s the ultimate villain, the one that will be our downfall, but what if we’ve just fallen into the typical narrative of good versus evil? Destiny 2 has been building on this idea that there are grey areas, and the truth of the matter remains murky. We’ve seen our Guardian take on the power of Stasis, a gift seemingly born from the darkness, after all. Which leads to the ultimate question: has Savathûn been aiding us all this time?

The Witch Queen expansion arrives February 22 and with it comes a host of major changes and updates to the broader experience that is Destiny 2. Along with the Witch Queen’s own Throne World, a dangerous new location that promises to be one of the strangest, darkest and perhaps most detailed of all the worlds we’ve visited to date, there’s also a deadly new enemy that awaits us. Savathûn has somehow discovered how to harness the Light, the power gifted to all Guardians via the Traveller. With the Light now by her side, Savathûn has gifted her armies with the very same powers we’ve been using for years, which means typical battles have a whole new level of complexity and challenge.

A new location that promises to be … weird

Bungie have plenty of promising improvements included within this latest update, including a more expansive weapon crafting system and a new, reworked Void subclass structure similar to the Stasis class that was introduced in the last expansion, Beyond Light. Dubbed Void 3.0, long time players can expect whole new aspects and fragments that can adjust their character’s void abilities far more than previously allowed. As a void user myself, it’s an exciting prospect to have a character loadout that feels more like how I’d like to play, rather than the limited ability sets that have been the staple system since Destiny 2 launched in 2017.

What is Savathûn’s true intentions? How did she retrieve the light? These answers, and perhaps even more troubling questions, will no doubt be uncovered when The Witch Queen arrives this week.

In this article:Bungie, destiny 2, mark isaacson, Savathûn, The Witch Queen