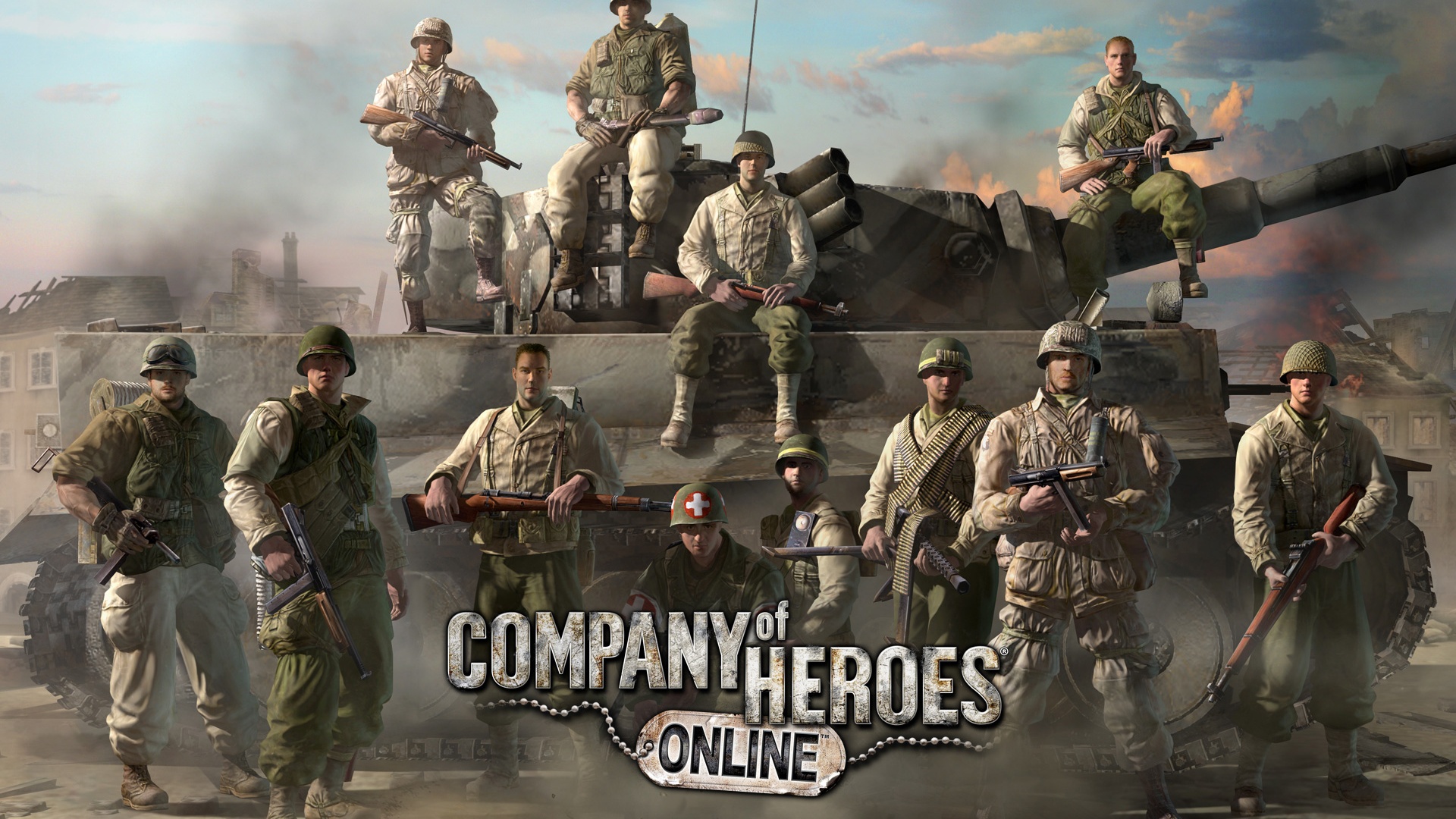 Video games have certainly evolved over the last few decades: graphics have improved so much that 8 and 16-bit graphics are seen as a novelty, sounds have come from generic one-note tunes to generic tunes but with an entire orchestra, and modern storytelling asks “But why is she in another castle? Why do these castles exist? What’s the sociopolitical context of this giant spiney turtle and his lust for kidnapping? And why do we care?” Truly, games are coming into their own. And not just in the way of the games themselves.

A game purchase used to come down to how fun the game was, and that was it. The interaction between you and the game’s publisher was akin to your family at Christmas: you came for the free food, and pretended to like the present your grandmother got you so she’s just kiss you on the cheek and go away. It was the same deal as other kinds of entertainment like books, films, and porn. (Just kidding, nobody uses books anymore) But when the Internet began impacting distribution, something changed. Now, your grandmother makes you wear the embarrassing shirt with that thing you liked ten years ago all day and if you complain the family criticizes you for being ungrateful. With the digital distribution of games meant that developers could add content to a game post-release, and with that Down-loadable Content (DLC) was born. And it wasn’t long before publishers realized that they could persuade you to spend more money on the game you already paid for. At first, it was positive. Things were reasonably priced, the content added was a little lacking in size but we weren’t complaining (it was new and exciting, sue us), and we could keep playing the games we loved without getting bored.

But then something happened. Games began charging for ludicrous content, day-one DLC slowly became “acceptable”, the infamous Pay-to-Win business model came into play, and EA could pump out needless Sims expansions faster than ever before. The games industry had changed, and we can see now that it wasn’t for the better. And, like our grandmother’s shirt, we have to wear it with some resemblance of shame. After all, this is sort of our fault. We ate the early stuff up so fast that the waiter bought out another main course and we were too shy to say that we didn’t want it and paid for it anyway.

Which brings us to Company of Heroes 2. For those unaware, Company of Heroes 2 is a sequel to (surprise) Company of Heroes, which is a candidate for the best RTS ever made. You could call me a veteran of said game, so when the sequel was announced I wet my trousers in the only way I knew how. As time went on, the game’s developer Relic made some bold claims regarding the game’s business model, in particular the game’s multiplayer lead designer, Matthew Berger: in PC Gamer’s preview of the game in 2013, Berger stated that “One thing that was very important for us is that if you unbox the game, and I’ve been playing for a hundred hours and have access to everything – if you’re a better player than me you will beat me with your straight-out-of-the-box experience.” This, understandably, got me even more excited. I mean, in the same preview, designer Ryan McGechaen said that they “learned people don’t like pay-to-win.” So, I pre-ordered the game. (Regular edition, for those curious) However, things were not to be. During the game’s late stages of development, publisher THQ filed for bankruptcy and sold its franchises. Among the chaos that followed, SEGA picked up Company of Heroes 2. And if there’s anything SEGA are good at, it’s business models!

Lo and behold, the game released. The game was fun at first. Broken, as most games are these days at launch, but fun. I tried both the Wehrmacht and the Soviets before I decided to keep the Fascist pigs out of the motherland. The game’s DLC was limited to commanders (the game’s equivalent of a loadout in an FPS) and single-player Theater of War missions. These were fine. But then the patches started. Time and time again, my beloved Soviets were neglected to make the Wehrmacht players (which made up the vast majority of matchmaking, by the way) happier. Clarification: balancing and changing how the various factions work is all part of the multiplayer experience, but when only one side is deliberately buffed due to the player base, one can’t help but ask questions.

As well as this unfair balancing checklist that Relic seems to have, the game’s multiplayer experience has suffered greatly from what’s referred to in gaming as ‘power creep’. Essentially, this refers to the effect that occurs when a game is slowly unbalanced post-release due to poor patching and balancing. As the new commanders and factions were added, less and less time was given to balancing out the older stuff. Simply put: as the new content grows more and more powerful, the older stuff becomes less viable. This is acceptable to a degree in games like Team Fortress 2, where the bare bones of gameplay isn’t as static and allows new content to shine amongst the older content. The weapons that all players have access to in Team Fortress 2 (‘stock’ weapons) are still useable, and all added weapons have been sidegrades with a few small exceptions. In Company of Heroes 2, it’s a little more complicated than that. Adding new units to balance a faction isn’t easy or cost-effective to do and is generally avoided in the RTS genre, so existing content must be tweaked to fit trends in new ways to play. And unfortunately for the Company of Heroes 2 playerbase, no amount of hats can hide that.

Fast forward about half a year, and the Western Front Armies expansion was announced. This was set to be an expansion like the ones for the original game: a meaty piece of content with both single-player and multiplayer elements. But a pathetically casual inspection revealed that it was multiplayer only. And 15 dollars. Understandably, people got upset at this curious choice from a traditionally higher grade developer. But most of us sucked it up and bought it anyway. About a month later, we get an announcement of a single-player expansion to the game: Ardennes Assault. We don’t know whose fault it was, but this expansion had been separated and was also was 40 bucks. I wish I was joking. Naturally, folks got a wee bit ticked off at SEGA. Overpriced DLC is one thing, but intentionally separated expansion packs are another. Those things are sacred to PC gamers, you don’t just defile them with your filthy publisher paws.

One only has to check the game’s official forums to see the neglect that the Allies have received in regards to balancing: an infamous debate that never goes away is Panzershreks vs Bazookas. That debate’s been going on since the Western Front Armies was introduced. Months later, they’re still not on equal terms: the bazooka is much less viable than the German equivalent and is just as expensive to obtain. An example of the opposite in terms of developer feedback is League of Legends. I’ll be completely honest: I do not like League of Legends, and developer Riot isn’t the greatest at effective balancing. But at least they listen. When the user-base says that a particular set of status and/or abilities is broken, Riot actually look into the issues and see if its a problem. There is a clear set of communication between Riot and its playerbase. Does it show? Not all the time. But at least they listen.

Do you remember Relic’s mediocre balancing priorities? Yeah, they didn’t change. The Oberkommando West (the German faction from Western Front Armies) also began receiving buff after buff after buff. The US Forces (the other guys) got very little in the way of balancing, and the Axis majority in matchmaking remained. In fact, it got bigger. So much bigger that many of the game’s most prominent Allied players began either quitting the game or joining the Borg rip-off that was the game’s Axis. This week, I joined the former. After almost 400 hours of playtime, I uninstalled it. The power creep was too much, the business model was a joke, and the game had become what the developers had sworn it would never become: pay-to-win. The worst of it is, I still love the game. Yes, it’s unbalanced, riddled with overpriced and needlessly separated DLC, and is about as historically accurate as a glass of water’s account of the Vietnam War, but I can’t say that I won’t miss it.

Company of Heroes 2 is not necessarily a bad game. It is exactly what it says it is, and there are many good and fun moments that can be had in its (horribly written and historically inaccurate) campaign. However, the major problem with Company of Heroes 2 isn’t its pricey content for single-player DLC, or disregard from the developers towards legitimate issues with balancing. It isn’t with the player base of which the majority players use a horribly imbalanced overpowered race against a smaller player balance who play a highly neglected under-powered race. The problem with Company of Heroes 2, is the developers attitude towards DLC. SEGAs attitude, and the attitudes of some other publishers who don’t even need to be named, towards DLC encourages other developers to ship out barely polished and bare bones basic games, at a price-tag of 80 dollars, with another 120 dollars of un-purchased content still being produced. This kind of idea, has been a growing trend in developers as of late, a very good example of such a game following this trend is that of Evolve, a game that primarily shipped recently as an 80 dollar game, with close to 100 dollars of DLC. If the game was primarily selling skins or the occasional set of new maps, perhaps that could be forgiven, but Evolve‘s DLC follows a marketing strategy employed exactly like Company of Heroes 2s business model. New commanders, new units, entirely new and different ways to play the game. For an extra price, of course. Now if this was done, say, several months down the track, it could be forgiven. The problem arises that this DLC was released the same day the game was released. The developers legitimately took content, that was featured in the beta, out of the copy of the game that was being shipped on release, and separated it with a massive pay-wall. If this practice doesn’t strike to you as a problem, expect it to become a common trend. In fact, it already is. Company of Heroes 2 isn’t a bad game, but the practices and developer actions it condones is.
(Thanks to Trent Bersan for some editing work)