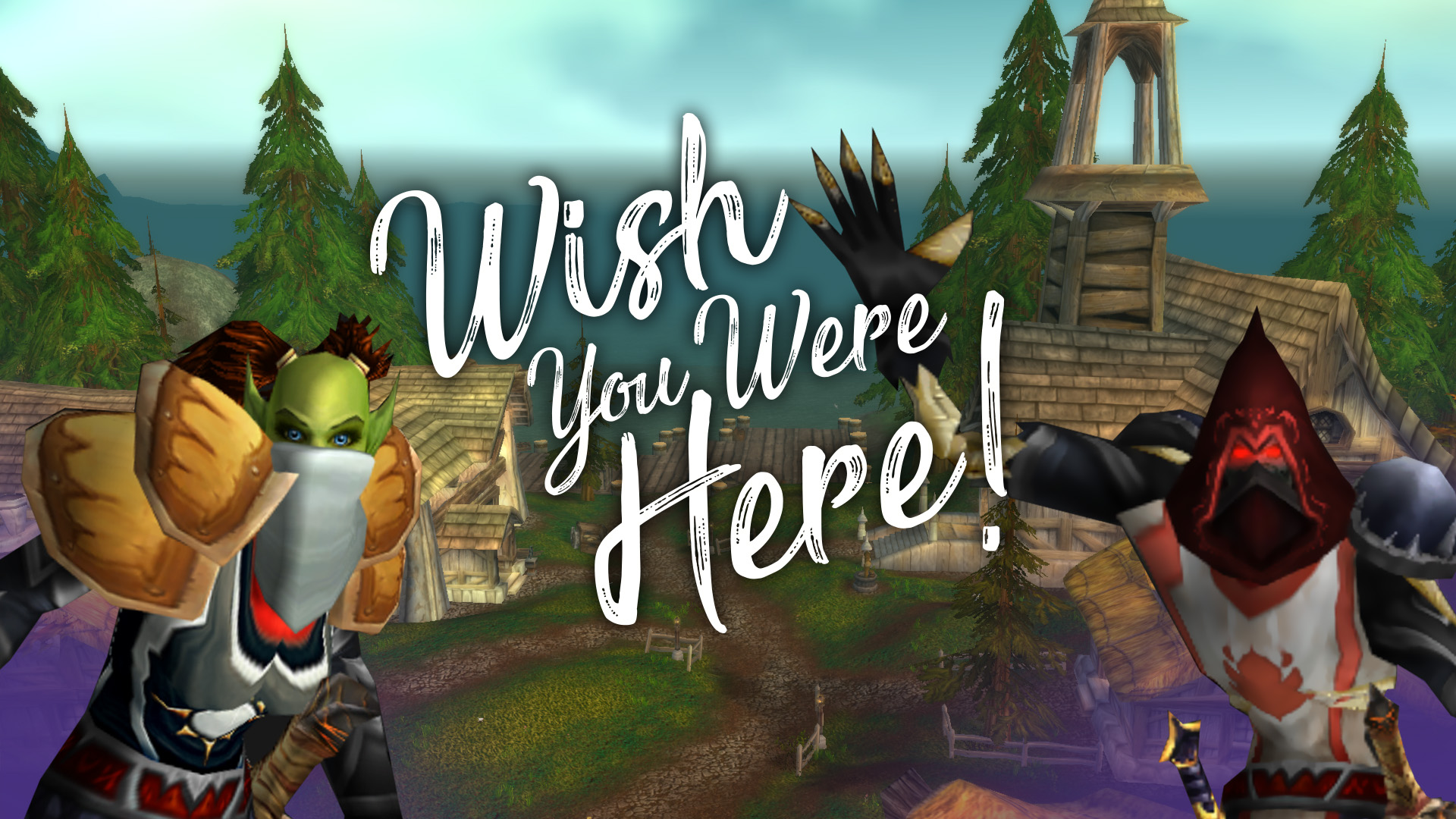 The PvP (Player Vs Player) system has always been present in World of Warcraft, basically allowing players to engage in slightly more violence-driven interactions if they so wish. This essentially works by allowing players to ‘opt in’ to the system by flagging themselves as ready to throw-down, and in turn, open to being attacked. On a particular server that is flagged as a PvP server, however – this PvP state is permanently on whether you want it or not. You have been warned.

The Honour System serves to elevate the game’s PvP beyond mindless violence, by incentivising players to attack enemies that are more closely considered a challenge. Killing a player close to you in level will award you with Honour Points, that will be added to a tally – and as that tally grows, you will unlock neat bonuses for your character like cosmetic items, powerful gear and titles that tell everyone how badass you are at a glance.

Back when Honour originally launched in 2005, the reception was a slow burn. People ventured out seeking blood, and pockets of violence would snowball from a small skirmish to a full blown war all over the World of Warcraft. The zone of Hillsbrad would become a site of genocide, as the Alliance town of Southshore would endlessly battle against Horde town Tarren Mill. Generally you could identify the hotspots and avoid them if you so wished – continuing your personal journey to max level with somewhat minimal fuss.

So how does the re-release of Honour stack up in 2019?

The release of WoW Classic has revealed some interesting insights to the retro-MMO. Where once the majority of players were plotting through their own journey of discovery, this is no longer the case.

User driven online content now saturates the internet, meaning all mystique and intrigue is long gone – replaced with endless ‘How-To’ articles, YouTube content and even paid-for guides on how to best achieve peak efficiency during your time in Azeroth. With this in mind, it meant that Classic had a PvP calamity brewing long before the Honour system even entered the picture.

Every metric 10-ways from Sunday painted the Horde faction as the clear powerhouse for PvP, with ‘Racial’ abilities that simply made them hard to contend with. With this in mind, the PvP servers for WoW Classic quickly bloated with an abundance of Horde – some ratios even hitting a critical level level such as 80% Horde to 20% Alliance players. Not all servers are quite this skewed – I personally play on the Oceanic realm Arugal, which has a 55% Horde to 45% Alliance ratio (though this then suffers from a further disparity; while the faction split isn’t considered overtly imbalanced, the number of max level Horde is a great deal higher than the number of max level Alliance, per the website http://classicrealminfo.com/)

So, facts and figures are fun and all, but where does this leave the Honour system in 2019?

The look like ants from up here – scary, stabby ants

Bottom line? Massive hordes (heh) of players are creating efficient kill squads to harvest their enemies for honour. With this honour they can then rank up their PvP level and enjoy the bonuses that come with it. These kill squads can essentially wash across an area like a plague, blanketing even a fortified town or camp with impunity due to sheer numbers – leaving no sanctuary for an opposing faction player. The flow-on effect of this is that any faction that is at a disadvantage on their server will opt to remain in safe places – such as a faction capital city – to avoid being relentlessly killed. Whether they are Alliance or Horde, the general feeling from the underdog players is that they would prefer to fight on their terms – or perhaps not at all.

The flow on effect from this is that players not yet at max level are choosing to remain in dungeons (an opposing faction player cannot enter the same dungeon as you), while higher level players make calculated choices about when they will venture into the world – and will often incorporate routes or travel options that minimise the chance of getting harvested. Some try to make lemonade with their lemons, and embrace the oncoming slaughter – but WoW has systems in place that negatively impact those that are killed too many times in a short period – leaving the player as a pointless ghost, unable to interact with the game world while waiting to return to life.

Discussion platforms across the web are awash with a sea of posts from both sides of the battle. The crushed faction players are singing a chorus of ‘This is less than ideal’ while the crushing faction responds with ‘That is just how PvP works, get over it.’ The real concern that is bubbling up on both sides is that in it’s current state, the PvP and Honour system may well pose a very real risk to the longevity of WoW Classic as a whole, much like this Reddit post mentions:

There is even a witchhunt being levelled towards sophisticated addons that are providing an advantage to players that choose to use them, such as ‘Spy’, which serves to index nearby enemy players and even provide alerts when someone on your Kill List is detected. Thought this addon does not do anything against the Warcraft Term of Service, players are not enjoying how it changes the world PvP dynamic – arguing that you really should identify your enemies via your eyeballs, rather than a roboticised assistant:

Spy Addon is breaking the game in Phase 2 from classicwow

There has been no committed response from Blizzard towards the outcry, perhaps for good reason – though there has been the odd Game Master intervention when the PvP taking place crosses a line:

GM came down to tell horde on Skeram to stop exploiting rooftops! from classicwow

As it stands, the Honour system has only been live for a number of days – it released November 14 – so there is an interesting question to be asked regarding whether or not the dust has even finished settling yet. The ongoing fighting feels a great deal more like one of those cartoon dustballs; a mess of limbs, swords and sorcery just annihilating everything in its path.

Really, it’s fantastic to see how WoW Classic exists as a truly unique experience, even alongside its original release all those years ago. It feels much less like history repeating itself, and more so like an experiment that is a thrill to observe. Have I been affected by this spike in PvP mega-slaying? Of course, but I am also thrilled to simply be part of it.

I can only hope that others can summon enough patience to weather the storm also – give it a week and it will perhaps be a completely different landscape.