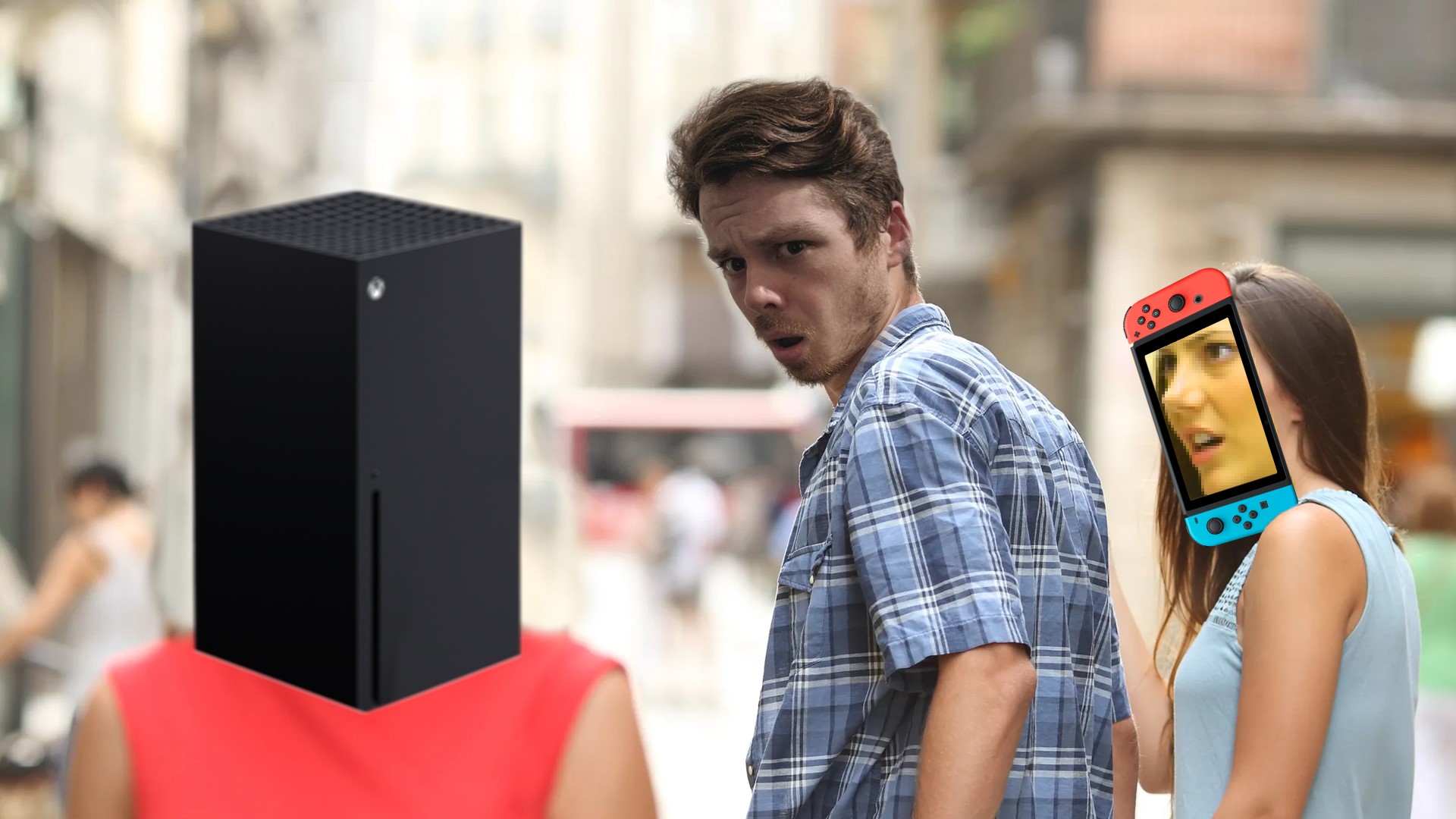 For as long as I’ve been playing video games I’ve been bluer than Eiffel 65. From the PS1 right through to the PS5, my primary console of choice has always been adorned with the iconic geometric logo. It’s not like I haven’t branched out at all, I’ve owned a myriad of Nintendo handhelds over the years and I currently have a Switch, but Sony’s first-party titles have always kept me on the straight and narrow. I’d wager that my primary console will always be home to an angry god/dad, a Lombax and a bald guy with lightning powers, but lately, a certain service has had me looking over the fence to see just how green the grass is on the other side. The allure of Xbox Game Pass has been growing month after month, but after this year’s E3 it might just be time to take the plunge.

It’s worth noting that Game Pass has always been a good service. Back when it was announced leading up to the release of the Xbox One X in 2017, it was touted as having over 100 titles, including exclusives like Halo 5: Guardians. There were plenty of third-party games present on day one, but back then the main draw were those first-party games that long-running Xbox players were fans of. Don’t get me wrong, that in itself is great, but it just wasn’t my speed.

Fast forward to 2020 and we got a new generation of Xbox consoles that were ready to embrace Game Pass on day one. That phrase, day one, would quickly become synonymous with Xbox’s subscription model and it’s exactly why I’m wanting to get on board. Not long after the release of the Series X and S, we began to see third-party publishers announcing that their games would be joining Game Pass on launch. Not in a few months, not in a year or so when the excitement had died down – on launch.

For me, the first big title that got this treatment was Outriders. Here’s a game that I’d been following since its initial announcement trailer, dropping on Game Pass on the same day that I could be buying it for full retail cost. Absolutely insane. Still, as blown away as I was, I played the game on PS5 and went about my business.

Then we get to the game-changer, the big time, the catalyst for this feature – E3 2021. As far as I’m concerned, Microsoft had the best showing of the year, smashing it out of the park by showing off a bevvy of games, both first and third party. The real kicker though was the fact that out of the 30 game trailers shown off during the conference, 27 of them ended with the same caption: coming day one to Xbox Game Pass.

This is it, this is the image that convinced me that Game Pass was the way to go

Halo Infinite, Forza Horizon 5, Starfield, all of these big first-party games will be added to Game Pass on the same day that they launch which is awesome, but everyone expected as much. What I didn’t see coming was the tidal wave of third-party games promising to do the same. Huge, Phil Spencer-tingling games like Back 4 Blood and A Plague Tale: Requiem, coming. Day. One. These big boy titles are games that I was happy to pay full price for, but now there’s an alternative to doing that and it’s looking mighty attractive.

It’s not just the blockbuster hits though, there are smaller titles like The Ascent, REPLACED and Somerville that I might not get around to buying and playing because of review commitments or my incessant need to play the same four games on repeat, that are getting the same day one treatment. With these games being a quick download away, I’m far more likely to have an afternoon free where I decide to give them a look in.

Do you know how I can tell that Game Pass is a juggernaut now? I can see the appeal of the previously confusing Xbox Series S. The diskless, less powerful younger sibling of the Series X seemed out of place and almost redundant on launch, but now it’s an affordable way to gain access to what might be the best gaming service available today. If you’re like me and are looking to snag an Xbox as a secondary console, I wouldn’t even bat an eyelid if you decided to go with the S, which is a far cry from my thoughts on the console just a short few months ago.

As I’ve said, I think Xbox cleaned house at E3 this year, and sure, it’s not like 2021 was the crowning jewel in the event’s history, but the green brand’s success shouldn’t be lessened because of that. What Xbox delivered this year wasn’t a grand chest-puffing display of exclusives that can’t be played on any other console, it was frank confirmation that Game Pass wasn’t to be slept on.

This isn’t a declaration that I’m jumping ship, throwing away my PS5 and exclusively wearing green from this day on, but it is an acknowledgement of value. For the same price that I pay for a Netflix subscription, I could have access to what might be the best deal in gaming today, and that’s something that I’m not going to ignore. My PS5 will continue to be my primary console, but I think it’s time that I introduced it to its new mini fridge-shaped companion. Sorry Switch, pack your things, it looks like you’re about to lose your place on the audio unit.