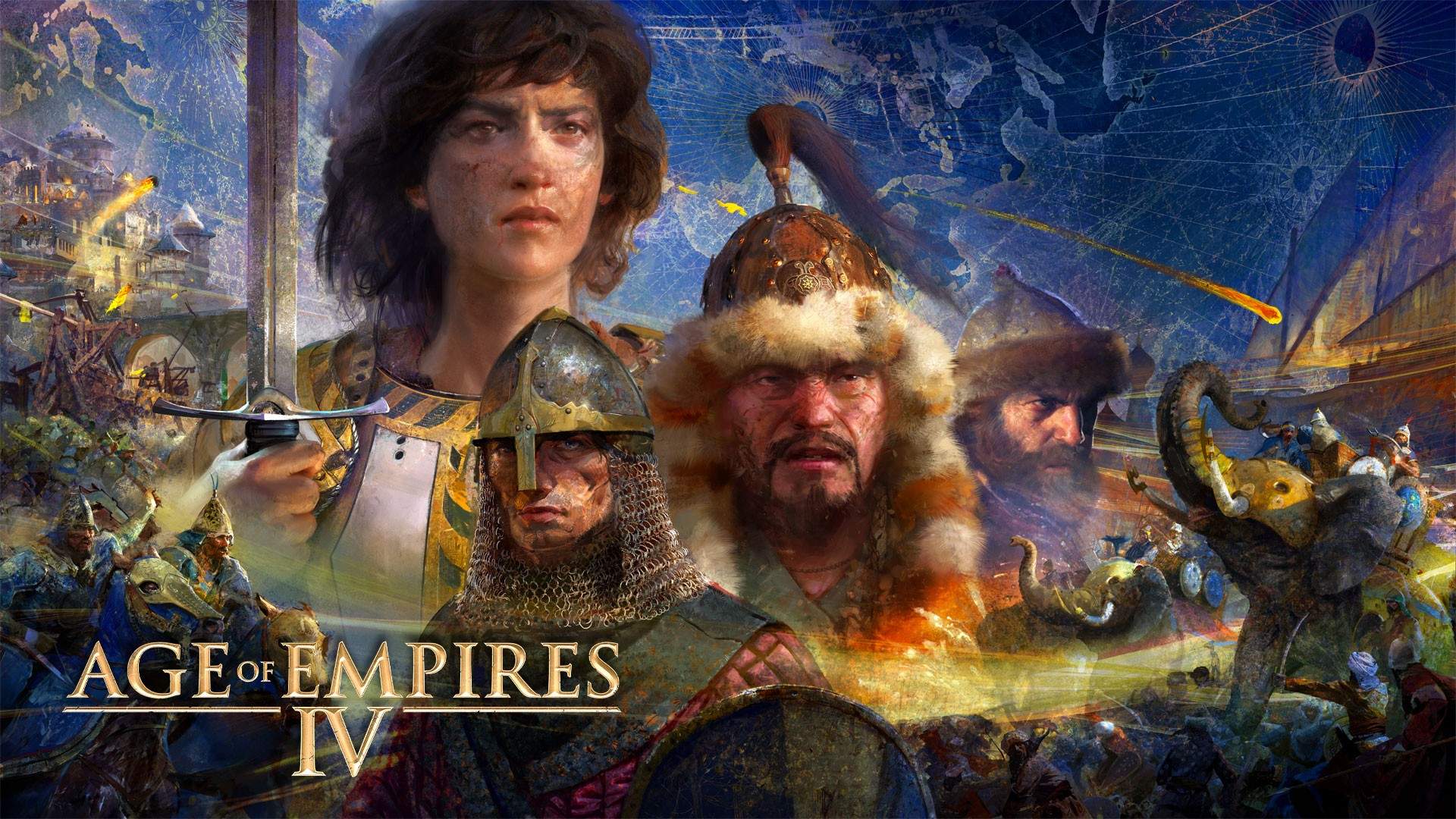 When Age of Empires developer Ensemble Studios closed their doors in 2009, it felt like the end of an era. The real-time strategy game was suffering from stagnation by then, and the release of League of Legends in the same year heralded the rise of its evolved breed. In the decade that followed, major RTS releases became as common as their cancellations. Titles like the aforementioned LoL and Dota 2 became the juggernaut strategy genre, leaving its parent behind. That isn’t to say that RTS releases simply dried up – indie releases were a constant – but the writing was on the wall.

But in recent years, the winds of change blew once again. MOBAs are still a large genre, but they no longer enjoy the zeitgeist status they did even a mere half decade ago. As its influence wanes ever so slightly, the RTS can finally find its footing once again. This could be down to the nostalgia cycle hungrily coming for the 1990s, or a simple desire for meatier experiences than a game like, say, Fortnite can offer. Among successful remasters of iconic dial-up games and the perseverance of studios like Relic Entertainment, the RTS looks to be coming up for air at last.

The latest monument to resurrection is Age of Empires IV, the newest brand-new entry in the series since 2011’s Age of Empires Online. Developed by perseverant studio Relic and World’s Edge (created to oversee the series’ remasters), Age of Empires IV has a lot riding on its shoulders. It’s a blessed return of a pre-historical setting. It’s the only major RTS release of 2021. But most of all, it’s a new Age of Empires game. Being the first non-remaster in its series for ten years brings huge expectations to Age of Empires IV, which it does fulfil…to a certain extent.

Elephants, camels and swordsmen, oh my!

Attempts to increase strategic depth is a running theme…

The most immediately obvious thing about Age of Empires IV is its historical setting. Those with a half-keen eye will recognise it as the middle-late medieval period, a setting identical to the unbeatable Age of Empires II. Its history cuts out at the edge of the Renaissance period, too, just like its influence. Single-player content that isn’t explicitly marked as a tutorial follows historical stories of the age, not necessarily tied to a single person like in previous entries, with documentary-style cutscenes in between to set the scene. There’s even narration in the missions themselves!

Visually, Age of Empires IV looks gorgeous, but it comes with unit readability problems at times. The music is fine. Just…fine. It’s good low-fantasy/medieval music, but it hardly holds a candle to Stephen Rippy’s original scores. The music is one of my favourite parts of the series, so to see it reduced to something you’d hear in Game of Thrones is heartbreaking. Putting aside disappointment that Ensemble’s original vision wasn’t followed – I would have murdered for a game set in the post-Second World War decolonisation period – the setting is a good sign of the grounds that Age of Empires IV treads: very, very familiar ones.

Gameplay brings these familiarities to light in mostly flattering ways. It’s definitely still Age of Empires – gather resources, advance through the ages of history, build an army, and conquer your enemies. There are somewhat big changes to how victory is achieved, and how you advance through said ages (of empires). For starters, you advance an age by building one of two Landmark buildings that are unique to each civilization. These buildings have unique bonuses, and you can only choose one a la Age of Mythology‘s Gods system.

You can still carefully create cities like the good ol’ days

Unique abilities of each, though, won’t complement strategies too strongly. Unlike Age of Mythology your progression usually isn’t determined by which Landmark you picked, often making certain choices either mundane or mandatory. Why, for example, would I build a Landmark that heals units when I can have one that trains Longbowmen at double the rate? On top of that, Town Centers no longer need to stop producing villagers to research an Age. This has the consequence of making the game’s pace much faster, especially in the early stages of the game. No doubt this will be hotly debated in the years to come.

Attempts to increase strategic depth is a running theme. Units can set up ambushes in forests, visible only to Scout units. Walls can be mounted by units. Buildings are now placed on a grid, rather than the laissez-faire nature of previous games. Buildings that take enough damage will now catch on fire, taking self damage. Units are clumped much closer together in the default formation, making them more nimble in combat. Civilizations are designed asymmetrically, making progression paths and available strategies vary across them. There’s no shortage of bold-ish design decisions in Age of Empires IV, but another running theme is these mechanics becoming less attractive as you grow better at the game.

Ambushes take too long to set up correctly, and are much too static in the highly hectic later stages of the game. Mounting units on walls is an almost redundant feature when it’s simpler and faster to just level it with a Trebuchet or six. Buildings catching fire is a neat idea to make building repair more urgent, but it limits villager activity after an attack – an often vital time for as crowded as a Tokyo train in the morning. Asymmetrical design has the potential to turn civilisations into one-trick ponies, especially if balance updates are insignificant. But these features aren’t here for boomers like me.

You see, Age of Empires IV feels like a series trying to capture a new audience. The familiar setting, the (gorgeous) visual aesthetic, the quicker pace of gameplay, and the bland music makes it out as a soft reboot of sorts. It’s no surprise, the RTS has been out of favour with the every[wo]man for years. An attempt to revive a franchise with a fully-developed iteration that was targeted exclusively to older PC players like me would be nothing short of financial wackery. The Age of Empires Definitive Editions were undoubtedly fantastic, but they were just that – remasters. But they’re unfortunately still better experiences than Age of Empires IV.

Of course, Age of Empires IV isn’t a bad game. It’s a solidly polished title that will definitely win over its fair share of fans. It owns its expectations and fulfils them as best as it can. It’s just hard to recommend it over Age of Empires II. In essence, it’s the same game with the power of hindsight. If you’re after an RTS that looks a little bit nicer than something that came in a Kellogg’s box, give it a try. If you’re after something with more meaningful meat on its bones, pick up a remaster instead. 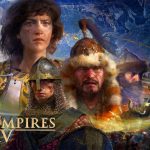 Age of Empires IV Review
Prostagma?
Age of Empires IV is a worthy return of an iconic series, but it is difficult to recommend over older remastered entries. Newer players, and some returning ones, may find use of its new gameplay features but will probably end up scrapping them as they grow more experienced.
The Good
Solid and accessible
Lovely visuals
Change of pace...
The Bad
...that won't be for everybody
Insufficient strategic depth to new features
Bland music
7
Good

Age of Empires IV Review
Prostagma?
Age of Empires IV is a worthy return of an iconic series, but it is difficult to recommend over older remastered entries. Newer players, and some returning ones, may find use of its new gameplay features but will probably end up scrapping them as they grow more experienced.
The Good
Solid and accessible
Lovely visuals
Change of pace...
The Bad
...that won't be for everybody
Insufficient strategic depth to new features
Bland music
7
Good
In this article:2021, 4, age of empires, arana judith, IV, kelloggs, Microsoft, pc, Relic Entertainment, review, worlds edge, Xbox Game Studios