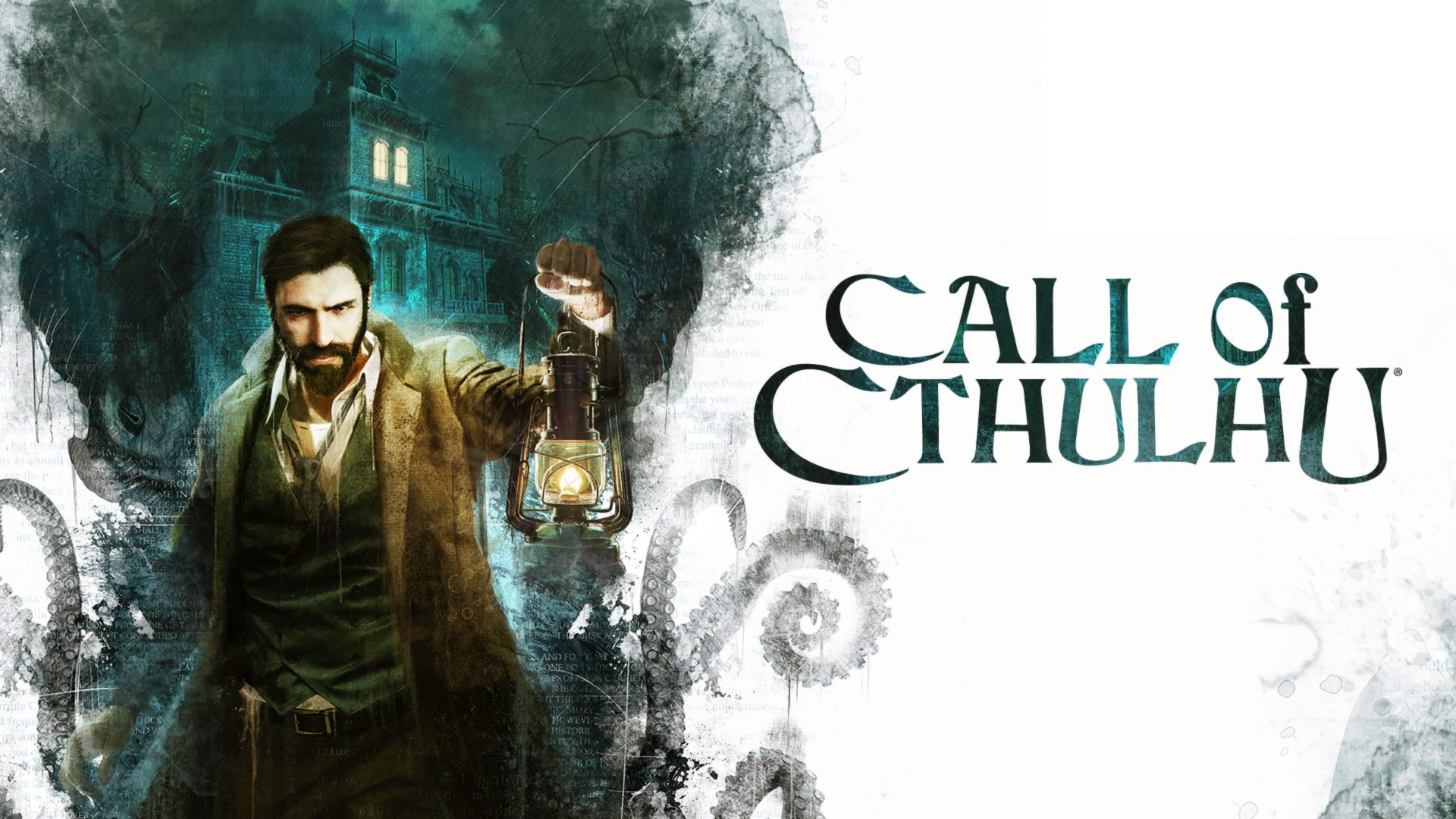 Enter madness. These are the words that greet you as you begin Cyanide and Focus Home Interactive’s Call of Cthulhu, and they are very apt, because Call of Cthulhu is very much a descent into madness. Based on Chaosium’s tabletop game of the same name, which itself is inspired by H.P. Lovecraft’s short story, Call of Cthulhu aims to harvest a Lovecraft experience that is faithful to both the tabletop game and Lovecraft’s lore, and in doing so crafts a narrative adventure that is both tense and compelling but let down by a few technical hiccups.

Put your hands up for Cthulhu!

Set in 1924, you play as Edward Pierce, a torpid war veteran turned private detective surviving on a diet of whiskey and sleeping pills. Pierce has been hired to investigate the death of the Hawkins family on Darkwater Island, a former prominent whaling settlement that has fallen on hard times just off the coast of Boston, Massachusetts. Despite reports that the Hawkins family died in a house fire at their manor, Sarah Hawkins’ father Stephen is adamant that something more sinister is to blame for the death of the family. With work hard to come by, Pierce accepts the case and seals his fate.

As with any Lovecraftian-inspired title, the atmosphere is paramount, and from the outset you can tell that Cyanide has dedicated a lot of love to making it feel like a Lovecraft game. From the moment Pierce sets foot on Darkwater you can sense that something is awry. Shrouded in a thick green mist, Darkwater is a decrepit and decaying settlement, whose inhabitants, made up mostly of sailors and bootleggers, spend most of their time getting pissed, despite prohibition being enforced in the United States at the time.

Some of the environments feel like they’ve been designed by Lovecraft himself, such as the Hawkins mansion, which sits atop the hill watching over Darkwater. Dust particles float around in the light, and exploring the abandoned abode and the tunnels beneath it with nothing more than a lantern or lighter (if your lantern oil burns out) can be an unsettling affair. Further proof of the eldritch horrors that plague Darkwater Island can be found beneath the surface, where cultists preach and perform rituals in areas littered with rotting animal flesh, or in the town’s mental asylum where the majority of the township is suffering from some form of nightmare-induced sickness. The sound design also gets a big tick of approval, helping emphasise the brooding notion of something sinister lurking in the shadows or simply in Pierce’s own mind.

What could go wrong at a place called Darkwater Island?

In true Lovecraftian style, Pierce’s sanity is always on the brink of collapsing during his time on Darkwater Island. Beset by nightmares, visions, panic attacks and voices in his head, Pierce’s sanity will continue to unravel the closer to the truth he gets. As your investigation reaches its crescendo, the lines between sanity and reality become blurred, and what remains of Edward Pierce will be left for you to decide.

The story is easily one of Call of Cthulhu’s highlights. From the moment I woke up in a delirium on Pierce’s office couch to the moment I made my final choice I was hooked, and while some characters’ involvement may have been fleeting, I was always theorising who was involved and to what extent.

The crux of Cthulhu’s gameplay loop revolves around your investigative and linguistic abilities, and the better you are at certain skills the easier finding the truth or getting answers will be. This ties directly into the game’s RPG element, with players able to upgrade Pierce’s skillset by applying Character Points across five different skills: Eloquence, Psychology, Investigation, Strength and Spot Hidden, with two other skills, Occultism and Medicine upgraded by finding books and objects throughout Darkwater, which is a neat way to encourage searching every nook and cranny. It’s a very similar system to Focus’s other narrative-driven adventure game The Council.

Each skill has its own boons and will allow Pierce to tackle his investigation a number of ways. For example, one of your first objectives is to investigate a warehouse on Darkwater, and your chosen skills will determine how you get in. Focusing on eloquence may allow Pierce to talk his way into the warehouse or to obtain information on how to get in, while strength may allow Pierce to use tools in his surroundings to sneak in. Other skills such as Spot Hidden grants Pierce the ability to do exactly what it says, spot hidden items such as photographs or notes that will provide Pierce with additional information on characters or locations. Furthermore, not having a particular skill may result in dialogue choices being unavailable, meaning you may miss out on clues or information. The pleasing aspect of this is that Cyanide doesn’t force you into upgrading particular skills in order to progress; there’s no right or wrong way to play – no matter which skills you choose to upgrade there will always be a way forward. However, this can make it feel like it doesn’t really matter what you choose because in the end the destination is the same (or so it seems).

The story is easily one of Call of Cthulhu’s highlights. From the moment I woke up in a delirium on Pierce’s office couch to the moment I made my final choice I was hooked

Occasionally your choices will have lasting adverse effects. Actions such as reading a book on the Mythos or taking a swig of whiskey will ‘affect your destiny’ – or so the game tells you. However, it’s not always clear how they’ve affected your game, aside from sending Pierce further down the rabbit hole. There were events that happened in the latter stages of the game that I wondered whether they could be avoided by making different choices in another playthrough, because despite the perceived nature of choice on hand, Cthulhu’s campaign feels like a fairly linear affair. Although, your ending will depend on what choices you’ve made and whether you’ve embraced the call of the Great Old One.

One of Pierce’s innate gumshoe abilities is to reconstruct scenes, which is done by finding clues, such as a hidden shoe during Reconstruction Mode. While reconstructing these scenes isn’t difficult, piecing them together allows Pierce to ascertain a sequence of events and garner a deeper understanding of what went down.

The other part of Cthulhu’s gameplay is broken into hide and seek stealth sections, each with their own objectives such as banishing a creature or escaping from a mental asylum. Despite the often-tedious nature of this type of horror gameplay trope, these sequences in Cthulhu do offer a nice change of pace from the detective grind  and get the adrenaline pumping with some true heart-pounding tension-fuelled moments. The one downside is that it these moments can feel like a bit of a lottery, with enemies spotting you with ease one time but oblivious to you the next, and when you’re punished with insta-death upon capture it can kill the momentum pretty quickly.

It’s in these sequences though that you can really feel how helpless Pierce is, and it’s made all the tenser due to Pierce’s claustrophobia, which triggers if Pierce hides in an enclosed area, such as a closet. What’s more terrifying is that the longer you stay hidden the faster Pierce’s heart will beat, and if you stay hidden for too long Pierce will start to lose his vision, meaning you can be staring into pitch darkness with nothing but the sounds of the creature hunting you for a few moments. Although I enjoyed these sequences, I can foresee a number of people getting frustrated at the inclusion of a ‘tired’ gameplay mechanic.

In the latter stages of the game you’ll be forced to play through a small shooting gallery section that mixes hide and seek stealth, which despite its narrative context feels oddly out of place. It also doesn’t help that the shooting mechanics are about as basic as you can get, and the whole ordeal makes you wonder why Pierce didn’t release his inner gunslinger sooner.

While Cyanide certainly nails the Lovecraftian atmosphere, visually it has some shortcomings, with various environments, textures and character models (which look strikingly similar to Dishonored folk) often lacking visual fidelity for a game released in 2018 and looking more like a game from the PS3 era. This is especially prevalent during the game’s cutscenes, which seem to have been short-changed in the resource department. Furthermore, lip-syncing is constantly out of time and the facial animations are often stiffer than the whiskey Pierce slaps back after a hard day on the job.  Plus, NPCs will often repeat the same lines of dialogue whenever you pass them and sometimes a character’s vocal response won’t really reflect the severity of the situation.

What harm ever came from looking at a painting?

Technical flaws aside, Call of Cthulhu does a great job of building a tense narrative adventure that has the potential to have you on the edge of your seat at times. The story and game truly excels when it mixes its choice and exploration-driven gameplay with its Lovecraftian atmospheric themes. While it’s not openly scary and likely not for everyone, for the 10-12 hours it took me to finish the game I was compelled, and fans of Lovecraft’s work will certainly find something to enjoy. 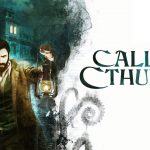 Call Of Cthulhu Review
Insane In The Membrane
Call of Cthulhu delivers a Lovecraftian adventure that is every bit creepy as it is compelling.
The Good
Atmosphere is very Lovecraftian
Story is engaging and tense
Choice-driven gameplay
Multiple endings provide intrigue and replayability
The Bad
Dated visuals
Lip-syncing and animations lack polish
Gunplay section feels out of place
7.5
Good

Call Of Cthulhu Review
Insane In The Membrane
Call of Cthulhu delivers a Lovecraftian adventure that is every bit creepy as it is compelling.
The Good
Atmosphere is very Lovecraftian
Story is engaging and tense
Choice-driven gameplay
Multiple endings provide intrigue and replayability
The Bad
Dated visuals
Lip-syncing and animations lack polish
Gunplay section feels out of place
7.5
Good
In this article:call of cthulhu, Cthulhu, Focus Home Interactive