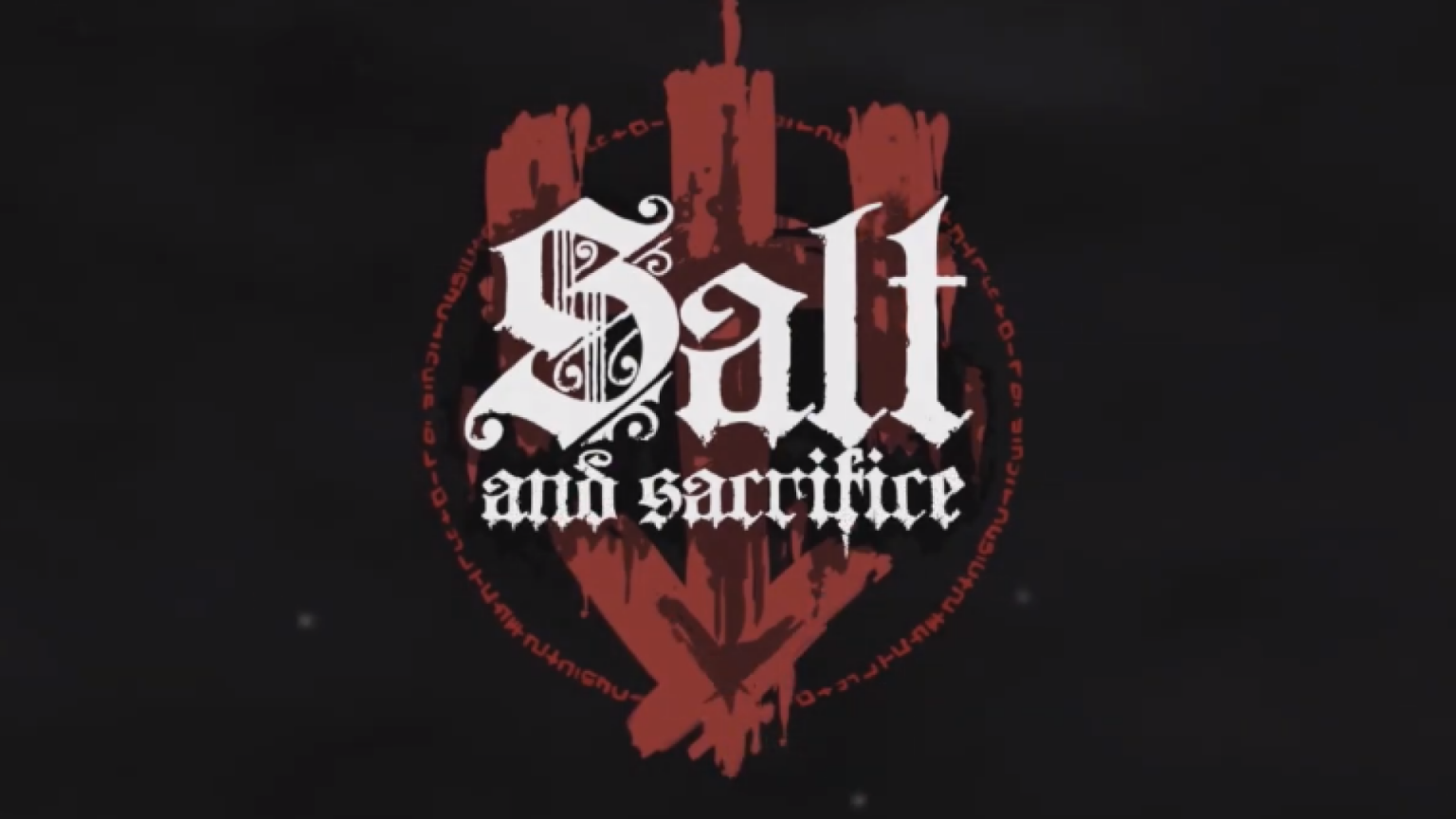 Salt and Sanctuary came out a whopping six years ago, and I’ve honestly been very keen to see what Ska Studios would do next. The Souls-inspired Metroidvania was easily one of my favourite titles released on the PS4. It had a very good understanding and implementation of Metroidvania ideas, especially in terms of level design, while also having a great understanding of why the Soulsborne games had become so popular. Salt and Sacrifice is the next installment in Ska Studios’ Salt series, and it makes a lot of changes, and I can’t say they’re all for the better.

Salt and Sacrifice places the player in the shoes of an Inquisitor whose job it is to hunt down Mages in order to pay for their [the Inquisitor’s] crime. Story is, once again, not the biggest focus in this game. You basically just need to know the basics of who you are, and why you are on the path you find yourself on. The only thing to really note here is that the ‘crime’ you are guilty of is determined when you create your character, meaning you can live out your greatest ScoMo fantasy with your Inquisitor, though this game doesn’t have a feature for escaping to Hawaii when the forest starts burning, so I guess it can’t be 100% accurate.

While the story isn’t at the forefront of the game, there is still a really good sense of worldbuilding and lore created for each area, and if you explore enough to meet all the NPCs spread throughout the world, you can learn a fair amount about the areas as you come across them. This is a really cool way of rewarding the player for their exploration, on top of the standard items that are scattered about as tangible rewards.

One of the things I praised Salt and Sanctuary for was its level design. The Island was one world where all the areas were so seamlessly interconnected; there was elegance in the flow of the levels, and more areas would constantly open up as your character’s abilities expanded. The design understood the importance of backtracking, shortcuts, and had a good sense of logic in how the areas were connected. Salt and Sacrifice does some of this, but the world isn’t one massive interconnected beast. Instead, areas exist in smaller, independent worlds, similar to the structure of Demon’s Souls. This also means that there is a hub area where a majority of your NPCs will head to, and safe areas function a lot more like a traditional resting point rather than the unique sanctuary system from the previous game. While this is fine, I do find it removes some of the charm that was in abundance in the previous game. The sanctuary/oath system was incredibly unique and its removal makes the game feel a little more generic, like its key identifying feature has been traded in for something that other games have done many times before.

While it’s not entirely a problem to split your game into smaller worlds like Salt and Sacrifice does, it can come at a cost. The game feels a lot less rooted in its Metroidvania ideas, and it tries to make up for it with arbitrary progression requirements. As you go through the different parts of the game you come across hunts which provide a named or nameless mage for you to track down and defeat – and you’ll consume their heart upon defeat. This not only provides vital materials for making some really cool gear, but also can unlock glowing red doors. It’s this door mechanic that makes the game feel disjointed and arbitrary in its progression. Metroidvania have a wonderful way of promoting backtracking by connecting areas that are pertinent to various stages of their respective games to earlier sections, but because Salt and Sacrifice exists with much smaller worlds, they cannot do that. It will be very often that you need to hunt down more named/nameless mages as, unless you know exactly where to find their hunt information, you will constantly find yourself up against doors that need more of these mage hearts.

Metroidvanias rarely spell out what you are missing, and they rarely tie your progression to a number. Usually it is tied to the abilities that you do or don’t have, which allows the flow of the game to be organic. Salt and Sacrifice’s insistence on forcing specific numbers of hunts to be completed kind of flies in the face of what the Metroidvania has matured to and settled on. It also doesn’t help that the hunts get old very quickly. The first few that I did were really cool, but then it just becomes a DPS race as they will run away after some time and you need to stay on their arse if you want any hope of completing said hunt. If they are your hunt target, they are at least tracked, but you will also need to hunt mages that aren’t tracked in order to get all the materials you will need for the cool gear you can make from their rewards.

There are, of course, some other smaller changes which can have a profound impact in the grand scheme of things. Because the sanctuary/oath system no longer exists, health vials and focus flasks have been decoupled from the perk tree and have an upgrade system almost identical to that of the Soulsborne games – find a specific key item and use it to bolster the respective consumable. Once again, this solution isn’t bad, it just lacks that charm that the original had. Speaking of the perk tree, one thing I really did like was that if you zoomed out and looked in the section that pertained to a specific set of skills or traits, it would form the shape of that skill/trait in question. For instance, the skill tree for Greatswords is actually in the shape of a Greatsword. I really dig this! It’s such a cool way to bring both chaos and order to such a vast skill tree, as most games would make something like this in a neater, more symmetrical manner. It’s nice to see some of the quirk and charm is still around. There is also a sprint feature now.

The one small change that I cannot stand is the way your character drops their Salt upon death. In the previous games, your Salt would manifest into a weird bat thing, or it would be held by an enemy. If it was a normal enemy or the bat, then you need to kill them in order to regain your salt. If a boss has a hold of your Salt, then you will need to deal at least 25% of that boss’ health in damage in order to regain your salt. This was really cool, and it existed as good protection against placing the player’s Salt in stupid positions. Even if the player fell down a hole and landed in an area they have never been to before, because of the bat, your Salt would find its way to a decently accessible position. Salt and Sanctuary doesn’t do this, and it drops your salt where your death animation ends. This means that if you get golf clubbed down into a hole and you have no idea how to get down there without dying, then you are shit out of luck because your Salt is stuck there. At least in the Soulsborne games, the position of your souls is placed in a previous position to where you died, in order to make sure that they are always in a safe position.

This is all sounding a bit overly negative, I still very much enjoyed Salt and Sacrifice. Its art is still really good, the boss fights are still pretty cool, and the music is great. In fact, the first area had a charm to it that reminded me lot of Bloodborne, and so when I was listening to the OST for Ludwig, the Accursed/Holy Blade while hunting a mage it felt oddly fitting, and then the actual boss music kicked in at I was happy to see it’s still pretty kickin’.

The change/addition that I like the most is the casting system. I haven’t had a chance to try all the casting schools yet, but from what I have used, spells and miracles exist more as weapon skills now rather than their own separate thing, so my healing skill was tied to the mace I was using. Because of this, however, the Rage system was also brought in for other weapons, allowing them to apply things like buffs once enough Rage has been generated from hitting the enemy. It’s a really good way to encourage playing aggressively.

In terms of optimisation and polish, the only real problems I had were the game not detecting my controller if I plugged it in after launching the game, and having an enemy straight up pull me out of a boss fight. Thankfully, with the second one, being pulled out the fight caused the fog wall to disappear so I could just go back in once that bastard of an enemy was dealt with.

I’m a little disappointed in Salt and Sacrifice. It’s certainly not a bad game, but it makes a lot of changes that remove the charm and heart of the original, favouring more standardised mechanics instead. One of the more egregious design choices is definitely the new hunt system for named and nameless mages, which creates an arbitrary progression block and breaks the flow of the game. I’m not sure what happened between this game and its predecessor, but the graceful understanding of Metroidavanias as a whole is lost in this game, and what remains is not as compelling as the original. 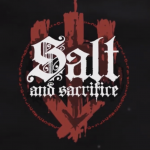 Salt And Sacrifice Review
Desalination
Salt and Sacrifice makes a number of changes to its general design and structure that are absolutely not worth the cost, and while the game is still enjoyable, it ultimately feels like a step backwards from the charming 2016 original.
The Good
The art is good
The music is solid
Has some cool new combat mechanics
The Bad
New hunt system arbitrarily blocks progression
Overall world/level design can be rather lacking
6.5
Has A Crack

Salt And Sacrifice Review
Desalination
Salt and Sacrifice makes a number of changes to its general design and structure that are absolutely not worth the cost, and while the game is still enjoyable, it ultimately feels like a step backwards from the charming 2016 original.
The Good
The art is good
The music is solid
Has some cool new combat mechanics
The Bad
New hunt system arbitrarily blocks progression
Overall world/level design can be rather lacking
6.5
Has A Crack
In this article:indie, metroidvania, Salt and sacrifice, Ska Studios, Soulslike