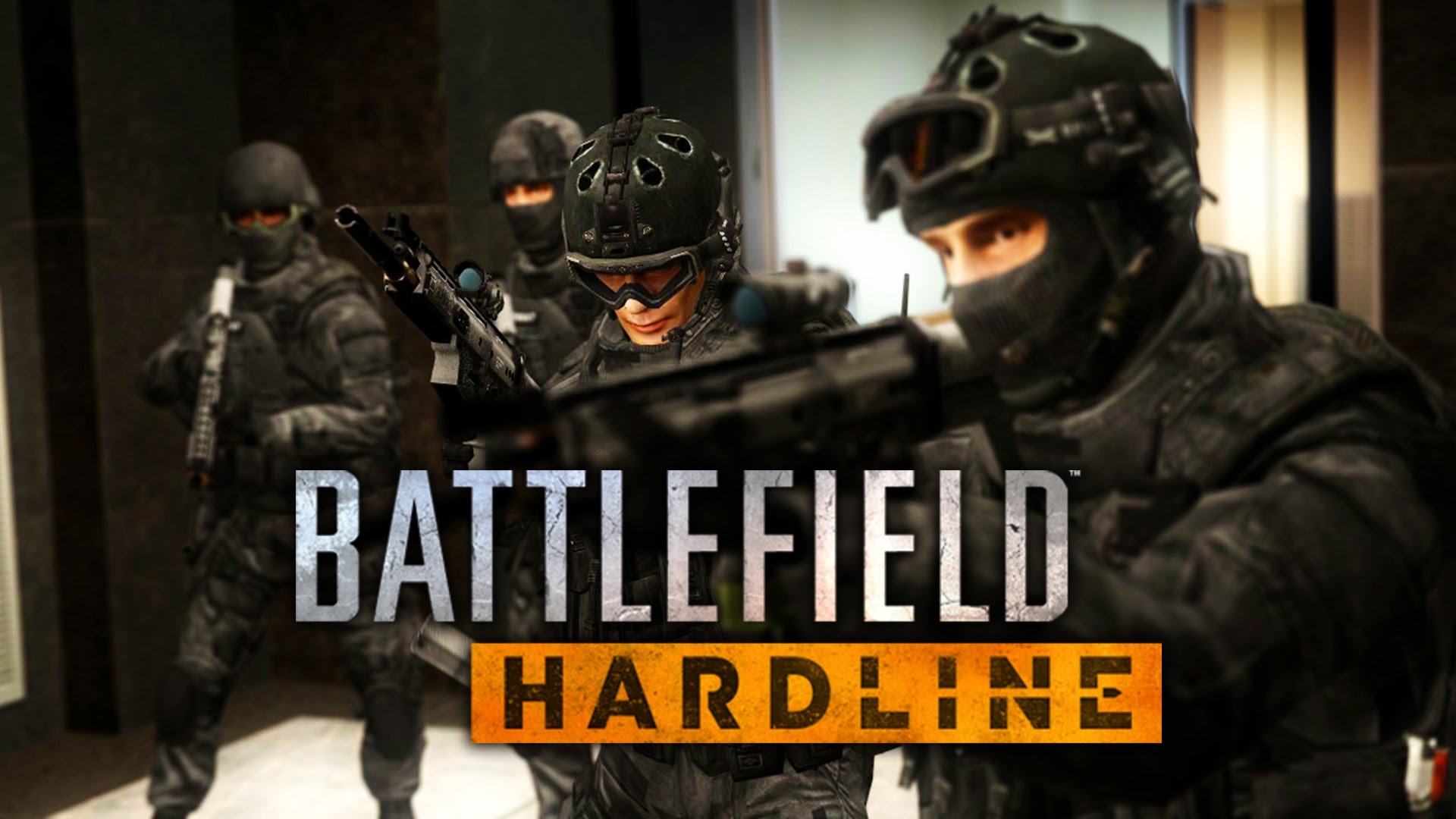 Battlefield Hardline, like the other battlefield games in the series, is an FPS. But unlike the other titles from this series this one focuses on cops versus robbers, rather than the open world war scenario we are used to. This game reminds me heavily of counterstrike in relation to spawn points, team objectives and the use of money to upgrade weapons and gadgets rather than the tried and true experience system. Depending on how much you play the objective depends on how much money you are able to earn per match. The Battlefield series has never been one to hold Kill/Death ratio above all else, it is a series that relies heavily on team work and cooperation. That one Rambo running and gunning with a better kill score than anyone else in the game will never reach the top tier purely because of this. This game makes you want to play with whoever else is on your squad and it gives you a great feeling when you revive a squad mate over a teammate because that’s how the game plays. The people helping to push the whole team forward will always have a higher score because instead of just watching what’s in front of you, your encouraged to watch what’s going on your entire side of the map.

The 4 classic classes are all still present in this game and they are as follows.
The Mechanic, A close to medium range class utilizing sub machine guns as the primary weapon and gadgets that help to repair vehicles or disable vehicles from a very close proximity. The Professional, which is the long to extreme long range class. The professional class utilizes sniper rifles and DMR’s for a long range kill. The professionals gadgets all help keep a view on the perimeter and to assist with surprise flanking tactics. The Enforcer class, which is the support class, continues to deal out devastating damage with their selection of LMG’s (Light Machine Guns) and continue to support all other classes through defensive and offensive gadgets, primarily helping to resupply ammunition for team mates. Finally we have the Operator class. The Operator class is the medic class and primarily uses fully automatic assault rifles to keep enemies at bay while throwing down a few med packs to heal near by allies and even reviving fallen team mates when necessary.
While all primary weapons are locked to their corresponding class this time, all secondary weapons (pistols) are usable through-out all classes. So far I was only shown 4 primary weapons for each of the classes, 2 primary weapons consisting of the same make of gun while the other 2 were of a different style and caliber. The melee weapons that have been presented to us in this game have one of the largest customization options I have ever seen in regards to melee options. It is no longer a requirement that melee is a sharp weapon, usually a knife where the customization options are limited to blade style and handle style. Instead we are given options from everything to a golden diver knife all the way to a rusty old looking crowbar, to a golden sledgehammer. A lot of work has been put into the weapons and gadgets in this version of battlefield and no one load out or class feels even remotely similar to any other load out or class available to you.

Unfortunately I can not really talk about maps at this point. From my experience of playing the game each mode was only given one map. However the maps that I did get a chance to play through the modes available gave me somewhat of an idea of what is to be expected on launch. The maps were well laid out. In heist you could tell straight away that this was a bank in a central area of a busy city. With hotwire I was pleased to play in a somewhat rural town with a desert that stretches across the entire horizon. While I enjoyed the lay-outs of the maps crossed with the modes presented for trial, I did find a few problems that kept reoccurring. On hotwire the HUD was sized perfectly with the mini map and I knew what I was looking for or where I needed to go next. However, with Heist the mini map displayed on the HUD made it a little more difficult to understand where I was expected to go, where I needed to go, where enemies were coming from or even what floor I was on. When players start dropping all of their gadgets to help their team mates the mini map was so cluttered all I could see was that their may be a health pack in the direction I’m running or it could also be a corner of the building. But apart from the very minor problems I had encountered in Heist I did not have the same problem with hotwire or Conquest. The graphics and visuals of the entire game stand out and it’s easy to tell what room you are standing in from the models that are left in the same room. Things like books being littered on the floor or tables being over turned in the middle of the bank. There wasn’t a large amount of texturing and it appears visually there are still a few minor things that need a little bit of tweaking as to increase the aesthetics of gameplay.
Battlefield Hardline has three playable game modes at this point. Heist was the first game mode I had played during the Beta. Heist is extremely fast paced, extremely reliant on team work and just a lot of fun. It is hard to see everything on the mini map but in such a tight game made with such a small map it wasn’t really a massive issue. The map was well designed and it was easy to remember, after a few rounds, where you needed to go or where you were coming from. The object of this mode was for the robbers to break into a vault in the center of the bank and steal the package, all while holding the cops at bay.
hotwire was the next mode I tried. The maps were of medium size with cars littered evenly across the map. In hotwire the objective is to jump into a vehicle and drive at top speeds around the map while avoiding enemies. The longer you are able to keep your speeds up the more points your team will obtain. This mode was extremely fun when you had a few friends on microphone. There are Rocket launchers (SMAW), RPG’s and grappling hooks littered around the map in various houses to help take out the vehicles that speed past.
Finally, we have Conquest. Nothing really new with this mode. There are several flags dotted around the map where you must gain control of as many flags as possible. The longer your team is able to hold onto the flags the more points your team will gain and the faster your team will gain the points also. This was a very traditional mode of play for the franchise so there wasn’t anything new to really discuss about this mode. The maps were the largest out of all the modes.

Overall I felt this was a very solid game built on a very solid structure. The game has previously pushed its release date back for many months. However I do not believe this is necessarily a bad thing to point out. A lot of companies like to push their games out as fast as they can, in turn losing player base. But with battlefield I felt that there were very valid reasons the release date has been pushed back and it’s clear there has been a lot of work done to get this game where it is today. The class models are all vastly different so on screen you could tell the difference between an enforcer and a mechanic straight away from the outfit they wore to the weapons and gadgets they were carrying with them. Graphically it is visually stunning and I would not be surprised if they did a little bit more work with texturing before the final release. The classes felt like they were designed specifically for a limited play style for that particular class. Over all I felt like this game deserves to be picked up at least once by any and all FPS lovers. It was extremely well thought out, well executed and I feel like this title has done a lot of hard work to make itself stand out from the regular FPS titles that are out there today.