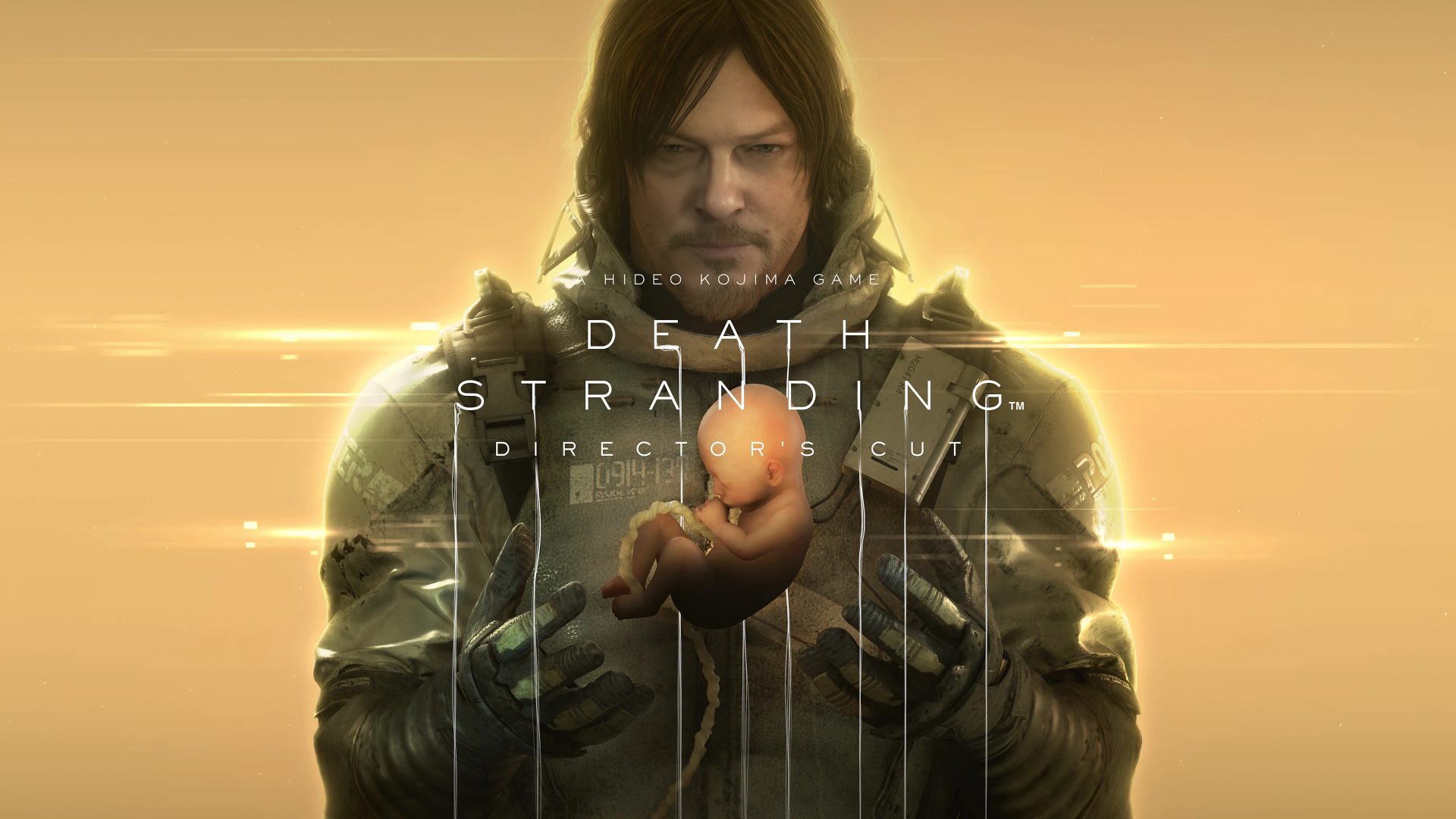 Back in 2019, I reviewed the hauntingly beautiful fever dream that was Death Stranding and I had a hard time doing so. I kicked off the review by confessing that I had rewritten the introduction a few dozen times, unable to find the right words to properly describe what I had just played. Since then I’ve honed my craft and strengthened my critiquing capabilities and I’m prepared to deliver to you my thoughts on Death Stranding Director’s Cut…I think. Kojima Production’s divisive debut has arrived on PS5, hauling with it a number of new features and updates that aim to round out the existential experience. But do these additions connect us like the chiral network, or do they leave us stranded on our own personal beach, yearning for more? Did that make sense? No? Perfect.

You’re here for one of two reasons – either you loved the original game and its exploration of what it means to be human and want to experience the game in its most complete form, or you still have no fucking clue what this thing is and your curiosity is telling you to get on it now that the re-release is out. I only bring this up because one camp has it better than the other. Kojima himself said a number of months ago that this shouldn’t be thought of as a ‘director’s cut’ at all and I tend to agree with him.

So this is why my packages took so long to arrive

You’d think the affecting nature of Death Stranding would lessen somewhat during your second playthrough, but the technical enhancements that this release introduces make sure that’s not the case. The original presents you with some of the most visually impressive vistas in gaming and the Director’s Cut manages to make them even more awe-inspiring. With 4K fidelity and a jaw-dropping widescreen mode, the open landscapes that Sam treks across are eye-wateringly unbelievable. Better still, the 60fps gameplay makes traversing these stunning locations a smooth and satisfying task. Slowly delivering packages across a devastated America might sound monotonous or boring, but when the view is this spectacular it’s impossible for even the most ardent Kojima critic to not be impressed. I lauded Death Stranding as being a technical marvel in my initial write-up and the Director’s Cut surpasses it in every sense; it’s a true production powerhouse.

I’ll tear myself away from my numerous folders filled with screenshots now because there’s more to this release than a technical upgrade. As Sam Porter Bridges, you’re tasked with reconnecting America by delivering ridiculously heavy cargo across treacherous terrain on foot. Luckily for Sam, and for the player, the Director’s Cut introduces a number of new gadgets to make life a bit easier.

Good to see you again Cliff, ready for round 2?

The Evolve Stabiliser (jetpack) allows for fast and safe descending, the Cargo Catapult launches your delivery over vast distances and the Buddy Bot can carry your cargo for you, plus they make for decent company on longer trips. These new support systems fit well among the pre-existing selections and will resonate with returning players as they provide new and interesting ways to complete deliveries. For instance, I found that using the Cargo Catapult to send cargo directly over BT territories was a great way to avoid potential harm coming to my precious packages and discovering that technique not only saved me some heartache, but reaffirmed just how satisfying the core gameplay of DS can be.

During your early travels, you may stumble upon a job that leads you to a derelict factory. This facility is locked up tight but slowly becomes accessible as the main story unfolds. You’ll sporadically be tasked with retrieving story-specific items from within the factory, bringing you face to face with those pesky cargo-stealing MULEs. These new missions take on a very Metal Gear-esque stealth approach, with Sam ducking behind cover, skulking between enemy sightlines and taking them down one by one until the room is filled with unconscious thieves. The game’s mechanics aren’t tailor-made for stealth, so certain concessions have been made. The room layouts are a little overproduced, so it can feel like more of a puzzle than a choice as to how you approach the encounter, but nevertheless, it’s a diversion from the main gameplay and it’s an entertaining one at that.

Moreover, the factory gives depth and purpose to the MULEs, who are seen as little more than fodder everywhere else in the game, so good for them. They’ll still end up looking up at the lights, whether that be thanks to the new Maser pistol, or by way of the expanded hand-to-hand combat system, but their presence feels meaningful now. There’s also a rather touching story that unfolds within the factory, so it’s worth exploring for these last two points alone.

No Snakes here, only Maser pistols and knocked out MULEs

The factory might be a shift in tone that’s been introduced, but the base game originally met criticism for its somewhat abrupt switch to action in the latter stages of the story. The sudden upswing in combat and the reliance on weapons in the final stretch felt out of place for those that avoided aggression and had little to no experience with firearms. The firing range is a clever addition that looks to flatten that steep combat curve. Available at all distro centres, the firing range lets you have some hands-on time with all of the weapons that you’ve unlocked, allowing you to test them out in a consequence-free environment. And, if you fancy a challenge, you can run time-attack drills against enemy holograms. It’s unlikely that a cutthroat competitive scene will spring out of this, but it makes for a fun distraction between deliveries.

I can’t bring up distractions without mentioning the biggest of them all – the racetrack. Yep, while he’s not attempting to delay the collapse of humanity, Sam can whack on a helmet and burn some rubber. After gathering the necessary resources to build the structure, the racetrack gives Sam the ability to take the trike, truck and the new roadster vehicle out for a proper spin. Choosing from a number of different circuits, these time-attack races have you racing against your own ghost, striving to better your time. The existing vehicles handle just as they do elsewhere, so they’re a bit of a chore to get around the track, but the roadster is surprisingly responsive. Ultimately this is a completely optional side activity that you’re likely going to miss, but it would be a shame if you did because it’s a wonderfully weird experience that sees holograms cheer you on from the sidelines. You can upload your times to an online leaderboard if you want to best other Sams as well.

This game is so damn weird and I love it

There are plenty of smaller details that have also snuck in too. You’re now able to customise your BB pod’s colour, though WellPlayed teal is unfortunately absent. You can also do tricks when you get air on a trike for no apparent reason and the Monster Energy Drinks that you smash down have been replaced with a Bridges home brand alternative (boo). Seeing as though this is a PS5 game, you’d expect haptics and trigger support to be present and you’d be right, but they’re not as experimental as I was hoping. You feel your footsteps while balancing with the triggers and the haptics allow you to feel the surfaces you’re walking on, but I was expecting Kojima to take things in interesting new directions. Nevertheless, they add to the immersion and that’s far from a bad thing. Along with a number of new musical tracks and the larger eccentricities found within the Director’s Cut, the game’s off-kilter appeal and strange allure are somehow heightened.

Death Stranding genuinely intrigues me. For all intents and purposes, it’s a game about walking from one end of a country to the other, yet it manages to be endlessly engaging. The Director’s Cut elevates an already technically tremendous title to another level entirely, but it also introduces new content that, while far from essential, is entertaining and welcome. As Kojima attested, this doesn’t exactly feel like someone’s vision that’s finally been realised, but more like an expanded version of an already bizarre and wonderful experience. This may not be enough for those who have already been down this rabbit hole to go for round two, but for those who are yet to take the plunge, this is the only way to go. 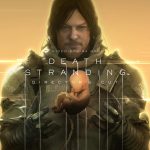 Death Stranding Director’s Cut Review
Bringing Back The Bridge
Death Stranding Director’s Cut is a visual and technical marvel that introduces a number of features that, while not essential, absolutely add to the overall experience.
The Good
A visual and technical masterpiece
New gadgets provide new methods of delivery
The firing range, factory and racetrack are fun diversions
Further expands on themes of connection with leaderboards
Quality of life changes are welcome
Haptics and trigger support enhance immersion
The Bad
The game still won’t be for everyone
Doesn’t truly fit the title of ‘director’s cut’
Triggers and haptics could have been more experimental
9
Get Around It

Death Stranding Director’s Cut Review
Bringing Back The Bridge
Death Stranding Director’s Cut is a visual and technical marvel that introduces a number of features that, while not essential, absolutely add to the overall experience.
The Good
A visual and technical masterpiece
New gadgets provide new methods of delivery
The firing range, factory and racetrack are fun diversions
Further expands on themes of connection with leaderboards
Quality of life changes are welcome
Haptics and trigger support enhance immersion
The Bad
The game still won’t be for everyone
Doesn’t truly fit the title of ‘director’s cut’
Triggers and haptics could have been more experimental
9
Get Around It
In this article:BBs, Beaches, BTs, Death Stranding, Death Stranding: Director's Cut, Director's Cut, Hideo Kojima, kojima productions, PS5, SIE, walking simulator