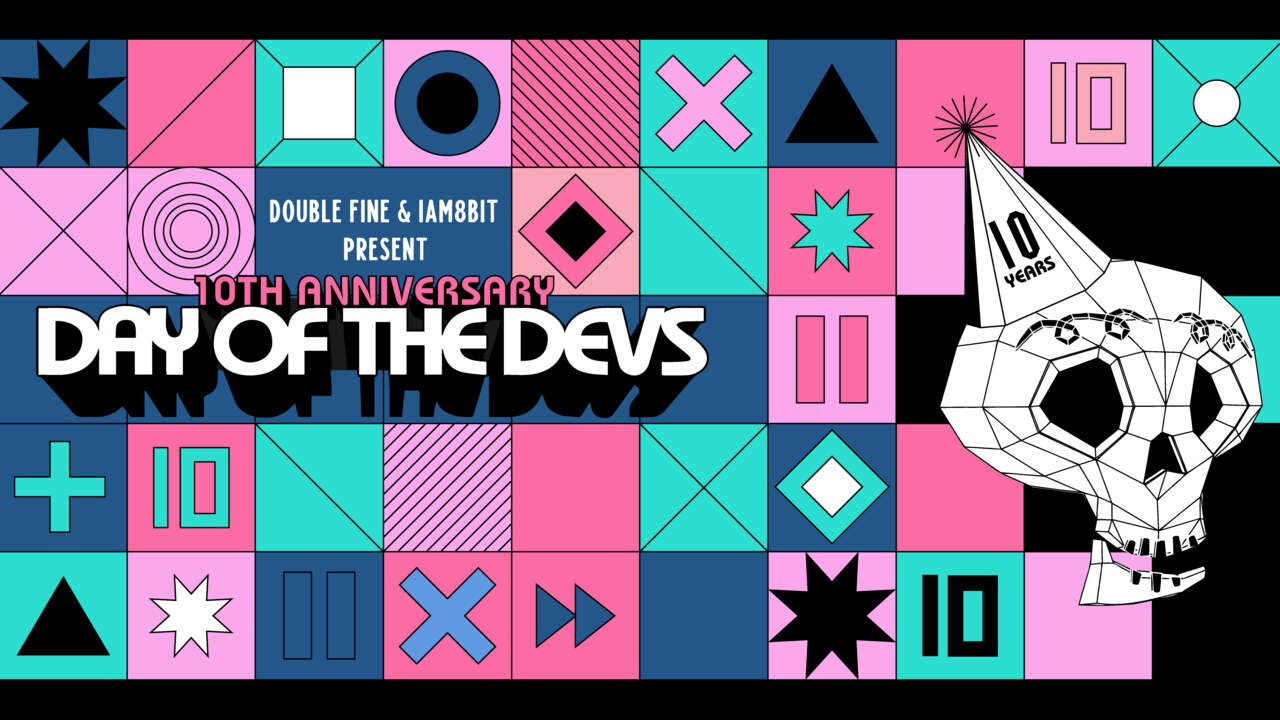 Straight after the Summer Game Fest, we got Day of the Devs, but this one was kinda special. It’s the 10th anniversary of Day of the Devs, one of the longest-running game presentations and the intro itself is worth watching.

Here’s a recap of all of the games shown during the Day of the Devs Presentation:

Time Flies is a simple-looking pixel game where you play as a fly and the amount you play determines how long you live. You don’t have long to accomplish your fly’s bucket list before you die over and over again in search of simple fulfilment. Coming to PS4, PS5, Switch, PC and Mac sometime in 2023.

Planet of Lana – An Off World Odyssey

We saw Planet of Lana at the last Wholesome Games showcase and it still looks amazing. In this stunning game, you play as Lana who has to save her sister from an invading robot army. Mui is your mysterious companion who can help you with platforming and puzzles and has a strange power over the local wildlife. Make your way through harsh and beautiful landscapes on Xbox Series X|S and PC later this year.

Created out of lockdown restrictions, Escape Academy is a digital escape room adventure game you can experience from your couch at home. With single-player or co-op, you need to train to be the ultimate escapist, completing rooms that you’d never experience in real life, featuring a huge number of puzzles that never repeat. Releasing on PS5, Xbox Series X|S and PC on July 14.

A Little to the Left

A Little to the Left is a cozy puzzle game where you have to sort, stack and tidy up the house. Puzzles are hidden around and utilise common household objects. Each puzzle features multiple solutions depending on your perspective, ensuring that each playthrough feels fresh. A cat is also included to shake things up and mess up your tidying plans. Releasing on Switch and PC/Mac later in 2022.

Bear and Breakfast is a laid back management adventure game where you manage a bed and breakfast in the woods, but you’re a bear called Hank. You have to make the area fit for human occupancy so your visitors have a happy stay. The art style and character design are adorable. Quests, decorating, cooking, you name it this game has it all. Releasing on Switch and PC on July 28.

Animal Well is a pixel art metroidvania, where you explore a surreal and dangerous pixel art labyrinth as a little blob. Proceed with caution, as you never know if the creatures you meet are friends or foes. You can find new items that help you with puzzles and each has multiple uses if you use your noodle. There are hidden puzzles that might require community collaboration and could stay hidden for years. Releasing on PS5 and Steam.

Naiad is a colourful exploration adventure game where you play as a water nymph. The painterly, flowy art style is surreal and beautiful. Grow, explore and learn from other creatures as you improve the environment and undo the mess created by humans. Naiad will release on PS5, PS4 and PC by the end of 2022.

Roots of Pacha is a pixel co-op life-sim and farming game where you can also hunt and gather for your settlement. Set in the stone age, the game is inspired by the book Clan of the Cave Bear and Stardew Valley. Create tools and ideas that are known today as you progress. A demo is available now on Steam. Releasing on PS4, Xbox One, Switch and PC in 2022.

Desta – The Memories Between

Desta – The Memories Between takes elements of Roguelikes, turn-based and sports games and mashes them together into an isometric game of dodgeball. You play as Desta, who returns home, falls asleep and finds themselves in a world between worlds and has to figure out what they need to say to people in their lives through their dreams. Releasing later this year on PC with consoles to follow.

SCHiM is a platformer where you are a cute, blobby character that has to platforming between shadows. The art style is very minimalist and 3D and it’s quite pleasing in its simplicity. You have to help each Schim return to the item they belong to. SCHiM is releasing on PC.

Fox and Frog Travellers: The Demon of Adashino Island

Releasing in a few years, Fox and Frog Travelers: The Demon of Adashino Island is a 3D adventure game following a girl called Fox who ends up travelling together with Frog around a Japanese-inspired island. This game looks like it will be worth the wait, with an absolutely stunning art style and dark undertones.

Goodbye World is a retro-styled pixel game about two indie game creators and the passion and struggles of game creation. The resolution is similar to the Super NES for true retro feels, but still with lots of character and detail. Out on Steam later this year, with a demo releasing on June 14.

Birth is a point-and-click puzzle game about living alone and death in a large city. You decide to create a creature companion from spare bones and organs you find around the city. The vibes of this game are chill but kind of creepy. Launching on Steam in August.

How to say goodbye

How to say goodbye is a narrative puzzle game that has you playing as a recently deceased person’s ghost. Similar to a Rubix cube, nothing is ever removed, so puzzles are always solvable. This game gently and positively tells a story of loss and grief with a surreal art style. Releasing on PC in 2022.

To finish off Day of the Devs, we got a musical and gameplay preview to Little Nemo which just went live on Kickstarter. The music is great!

I think that was a really good collection of Indie games, lots of things I’m now putting on my wishlist. What games are you interested in from the showcase? Let us know in the comments or on our social media.