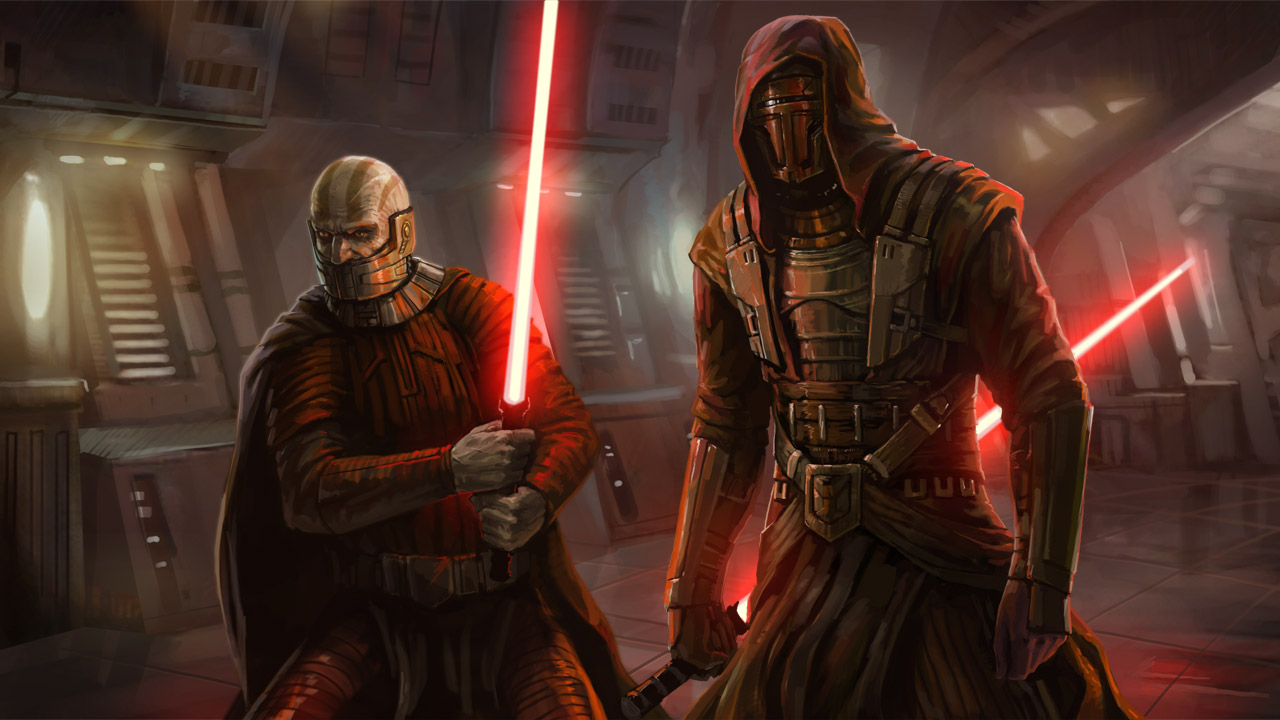 Lucasfilm Games has made it clear that EA’s Star Wars exclusivity is over, announcing that Ubisoft’s Massive Entertainment are working on a story-driven, open-world game set in the galaxy far, far away. This already had my mind racing with possibilities, but then I felt a disturbance in the force – a rumour that a studio outside of the EA umbrella is working on a new Knights of The Old Republic title. With Bioware becoming one with the force and a new chosen one rising in the Outer Rim, I’ve searched my feelings and the force has guided me towards five studios that could/should be given the reigns to this new KotOR game.

My two great loves in life are Star Wars and DC, so this entry might appear like obvious bias, but bear with me, I’ll explain. The popularity of Rocksteady’s Batman Arkham series is often attributed to its excellent combat, but the loving treatment of the source material is just as important. The depiction of each iconic DC hero and villain is top tier, with certain characters seeing their best iterations within the Arkhamverse. Rocksteady seems to truly understand and appreciate Batman’s rogues gallery as well as the Caped Crusader himself, and that kind of character building and kick-arse character design would be very welcome in a new KotOR title.

That’s without recognising that the Rocksteady team could build an immersive world, littered with references and easter eggs that would bring a tear to any fan’s eye, just as they’ve done with Gotham. They’re a studio that’s shown that they can craft an addictive and engaging combat system that’s been duplicated and imitated countless times, so throw in lightsabers and force abilities into the mix and you’ve got yourself a winner. They might not have a wealth of experience in the RPG side of things, but with Suicide Squad taking a more involved approach in that area, I’ve got faith that they could nail it.

Now let me get this out of the way, I’m not saying that I want a new Knights of the Old Republic game to be a sweat-producing, nightmare-inducing, underwear-ruining horror experience akin to Creative Assembly’s amazingly scary Alien Isolation, but…

Star Wars isn’t exactly known for being frightening, but with world-eating, disembodied Sith like Darth Nihilous, zombie-like Geonosians reanimated by Brain Worms and the scene where Anakin describes his hatred for sand, we’ve seen some scares in the galaxy far, far away. Just imagine a horror adjacent quest line where your character explores the darker side of the force, making their way through an ancient Sith temple that’s haunted by the spirits of fallen lords. On its own this isn’t a good enough reason to hand the keys to Creative Assembly, I know, but just imagine what they could do some creative freedom in this space, the thought alone has ignited my lightsaber.

I went off on quite the tangent there, as horror isn’t the reason I even chose Creative Assembly, it has far more to do with their world-building prowess. Just have a look around the space station that Isolation is set in. Everything in that game looks like it could have been direct scans from unused sets and props from the films they are that authentic. You truly feel as though you’re looking into the future through a 70s filter. I know that Star Wars and Alien are far from the same, but I just want to see the environments and tone that CE could bring to the table.

Founded back in 2006, Bluepoint has spent the vast majority of its existence porting games from one platform to another or remastering older titles to newer hardware. That was until the studio went from the remaster crew to the remake gods. The Shadow of the Colossus remake was a beautiful and haunting reimagining that stayed close to the source material while enhancing almost every aspect. And then there’s 2020’s Demon’s Souls, a near-perfect remake that welcomed in the newest generation of consoles in grand fashion.

By this stage, I think Bluepoint deserves to take another step forward and create a wholly unique title, albeit one that has a lineage to draw from. I’m working off the assumption that this KotOR game will be fresh and not a remake because I really want Bluepoint to flex their muscles and keep building on their growing reputation. Remember the awe you felt when you first set your eyes upon the crumbling walls of Boletaria? Remember that feeling you got when riding across the open fields of the Forbidden Lands towards that first Colossus? Moments like these are plentiful during both of the Bluepoint remakes, so I can only begin to wonder (or Wander, am I right?) what goosebump-causing scenes they could conjure up among the stars.

This is all without mentioning that they can craft a satisfying and rewarding combat system that relies on timing, precision and skill if only the world of Star Wars had a weapon that required such a thing.

The original Knights of the Old Republic games allowed you to choose between the light and dark side of the Force, with your abilities changing and morphing depending on which way you were leaning. This made sure that your moral choices had gameplay consequences as much as they impacted the story. Years later, Sucker Punch would employ the karmic system in the criminally underrated Infamous series, wherein Cole’s powers would change depending on how good or evil you acted. Can you see the parallels that I’m not so subtly drawing between the two here?

Seriously though, this one seems like a no-brainer to me. The traversal and combat in the Infamous games are slick, fun as all hell and, you know, very similar to that of a force-wielder. If you were to give Cole the Obi-Wan “Hello there” voice line you might even be convinced that you’re already playing a Star Wars game.

Real talk though, Sucker Punch has come a long way since the days of the black and white choices in Infamous. Ghost of Tsushima, which itself touted a kickarse melee combat system might I add, featured a much more grounded and emotional narrative that made you care for the characters and the world that they inhabited. If SP combined their newfound storytelling methods with the morally-guided skill trees of Infamous they could very well create a KotOR game that could eclipse all of the developer’s past projects.

Death Stranding might be a divisive game, but it has undeniably created conversation. Personally, I consider Death Stranding to be one of the most creative and ambitious titles to release in the last decade, proving without a shadow of a doubt that video games are an art form.

Ok, before I start a riot this entry isn’t a serious one but hey, if Playground Games, a studio that has exclusively made open-world racing games up until this point, can be tasked with making the next Fable game, maybe this isn’t so crazy.  No, it really is a stupid thought, but just for one second, close your eyes and try to imagine what a Kojima-developed Star Wars game might look like. Great, now I can’t get the image of Vader with a BB strapped to his chest piece out of my mind. It’s probably for the best that Kojima never gets anywhere near George Lucas’s creation, or is it?

So there you have it, my wishlist of dev studios that should be given the keys to the KotOR kingdom. What studio do you think would make an excellent Knights of the Old Republic game? Let us know.