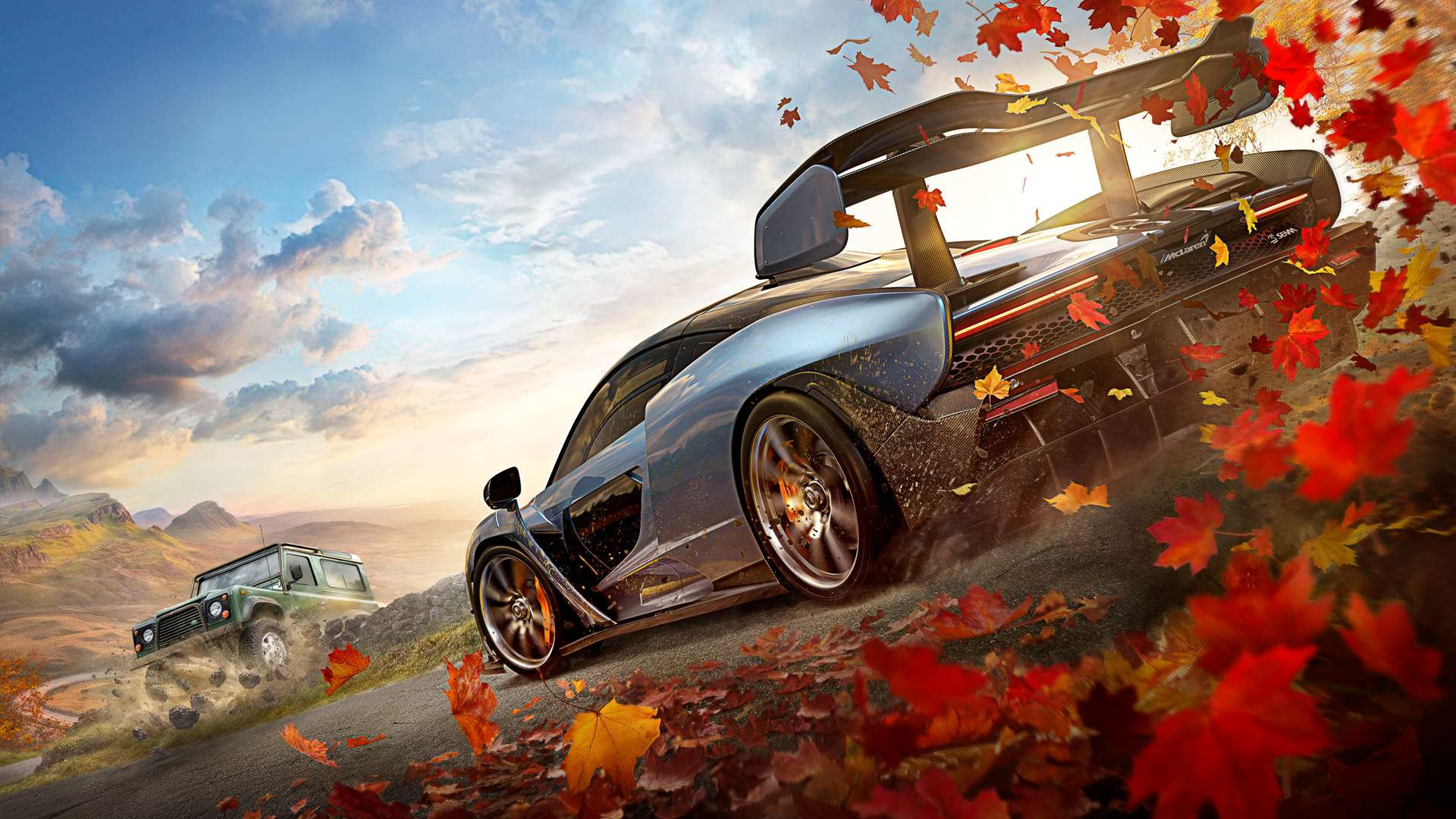 I am not one for a lot of driving games, but the Forza Horizon games were always ones that piqued my interest. However, it wasn’t until Forza Horizon 3 that I really put some solid hours into any of the games and it had me hooked. The pseudo-arcadey nature of the game in addition to the pretty much flawless performance and outstanding art and graphical horsepower all added up into what I would consider one of the best titles that Microsoft and Xbox had to offer. Fast forward a mere two years and we have ourselves with Forza Horizon 4, where everything that was done correctly with FH3 was done again with some great improvements to not only increase depth but also add variety.

Let’s get this out of the gate, there are many similarities that Forza Horizon 4 shares with FH3 – there was only two years in between the titles, after all. However, that does not mean that it is not worth your time or your money. Iteration is one of the simplest and easiest ways to improve on something, even when what you are improving on is already very good. Forza Horizon 4 sees the player assume the role of a voiceless ‘Drivatar’, who takes part in the famous Horizon Festival in its new backdrop of Britain. The game wastes no time introducing you to the seasons mechanic by means of the introductory showcase event. Seasons are a new addition to the Forza Horizon games, with the previous three games not worrying too much about the tilt of the Earth on its axis as it makes its lonely procession around the sun. My personal favourite is autumn, as the colour palette used with the beautiful British landscape creates a truly mesmerising set of visuals. On top of this, Playground Games have done an insane job at not only tailoring the graphics to be insanely beautiful but have done so without a huge compromise to performance.

There are a few structural changes to the Forza Horizon formula that FH4 makes. For starters, instead of there being different festival sites on the one map, events are broken up into different campaigns codified by different colours. For example, for dirt race events are marked by orange icons on the map and cross-country races are marked by green icons. To work with this, you have to work your way through each event campaign as they all have separate levelling systems that you need to get through in order to unlock the higher tier events, which in turn reward you with more money and fans which lets you purchase more expensive vehicles and such. There are multiple event types and even some other things like speed zones and drift zones are broken into their own progression system. The fact that these progression systems constantly reward the player with either money or cosmetic items to equip the Drivatar with means that there is always an incentive to do as many events as you can, even the ones you normally wouldn’t do (like drift zones for me). I was very impressed with how much there was to do, and just as you think you are beginning to clear all the events, a myriad of new events pops up. Once you work your way through each season by participating in the various campaigns, the seasons begin to enter a weekly rotation. At the time of writing the current rotation is autumn and there are various racing events, some of which are multiplayer focused, that become available. This also adds a little depth to the seasonal changes aside from some minor environmental changes. I really like this as it’s a simple and clean way of implementing the live service model that so many games wish to adopt, but without compromising the main structure of the game itself.

To add to these changes, you have player houses. As you explore the landscapes of Britain you will find these vacant houses that are for sale for various prices. These houses basically serve as fast travel points meaning you don’t have to drive for five minutes to an event on the other side of the map if you have a player house somewhat close to the event. The game gives you the first house for free if you progress a little in the stunt driver campaign, but it’s up to you to work towards obtaining all of them (one of them has a hefty price tag of 15,000,000cr) to make as many fast travel points available as possible. To add to the functionality of the houses, you can access your garage from these player houses, a function that only sees proper use for customising your cars as you can change which car you are in at any time without the need to go to a garage. In saying that, being able to change your car at any point in time really saves time and alleviates a lot of tedium that annoyed me in FH3. Naturally, painting your own car is something that I enjoyed thoroughly. I spent an undisclosed amount of time transforming a Ford Transit into an Australia Post van because why not. Seeing an Australia Post van driving at 310km/h down a road in the UK was extremely entertaining, especially since that in real life the vans would never be that quick. But I digress, cosmetic customisability is always a great thing as I really enjoy doing stupid designs on vehicles.

Where the game falters on customisability is with the Drivatars. Whilst there are a lot of clothes to don, the Drivatars themselves are presets. This wasn’t much of an issue in FH3 as the Drivatar barely showed up in the game, however in FH4 they are very prominent and the fact that at the end of the race it is possible that all three people on the podium are the same Drivatar is a little disorienting.

Given the variety of the platforms/hardware that this game is on, the performance would always be in question, especially with the graphics aiming for the very top once again. On the Xbox One (and subsequently the Xbox One S), the game renders at 1080p 30fps, whilst on the Xbox One X you can choose performance mode which renders the game at 1080 60fps or quality mode which renders the game at 4K 30fps. All of these options still give a virtually flawless experience in terms of the technical performance. Playground and Turn 10 have shown once again that their technical expertise is impeccable and this level of optimisation translates phenomenally into the PC version.

With the graphics options set to Ultra, the game offers a superb level of performance. With the game set to 1080p, the game reached an average framerate of 112 frames per second with a really impressive 86 frames per second as the 99th percentile. Skipping ahead, the 4K (3840×2160) benchmark scores yielded some more impressive results. A lot of games struggle to maintain a decent framerate whilst rendering at 4K, and whilst the Xbox One X (understandably) only runs at 30 frames per second when rendering at 4K, if you have a powerful enough PC, you can play FH4 with Ultra settings and lower at an average of 73fps and you won’t have to worry about any insane stuttering thanks to its 61fps 99th percentile. This is truly a testament to the engine that Playground use for the Forza Horizon games and I would argue that this is one of the best optimised games currently around, next to Destiny 2 on PC.

Much like Forza Horizon 3, FH4 features wheelspins which are this game’s form of lootboxes. They offer of a variety of rewards including cosmetics for your Drivatar, different horns for your cars, in-game credits and individual cars. It is with these last two things being quite significant rewards. Microsoft and Playground need to tread carefully with this as it is very easy to make the game pay-to-win if the ever decide to let players purchase these with real money. To make matters (potentially) worse you can get Super Wheelspins which are the same thing but reward the player with three rewards in one spin, not to mention that the value of the rewards in these super wheelspins is almost always better than that of the regular wheelspin. In my first super wheelspin I was awarded 500,000cr and a Lamborghini, the latter of which I used for a while until I could afford a different high-speed vehicle.

Forza Horizon 4 is one of the best experiences that Microsoft has to offer on its Xbox ecosystem. It offers an insane set of visuals, vast amounts of content, an impressive level of optimisation and great structural changes that allow for a genuinely enthralling experience and cements the Xbox ecosystem as the home of racing. It’s a shame that there is not any form of character creator to help keep the player feeling unique when placing on the podium, but it is still a must buy for anyone who has access to a PC with Windows 10 or any form of the Xbox One.

Reviewed on Xbox One S, Xbox One X and PC | Reviewed code supplied by publisher 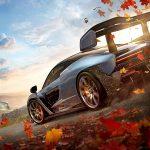