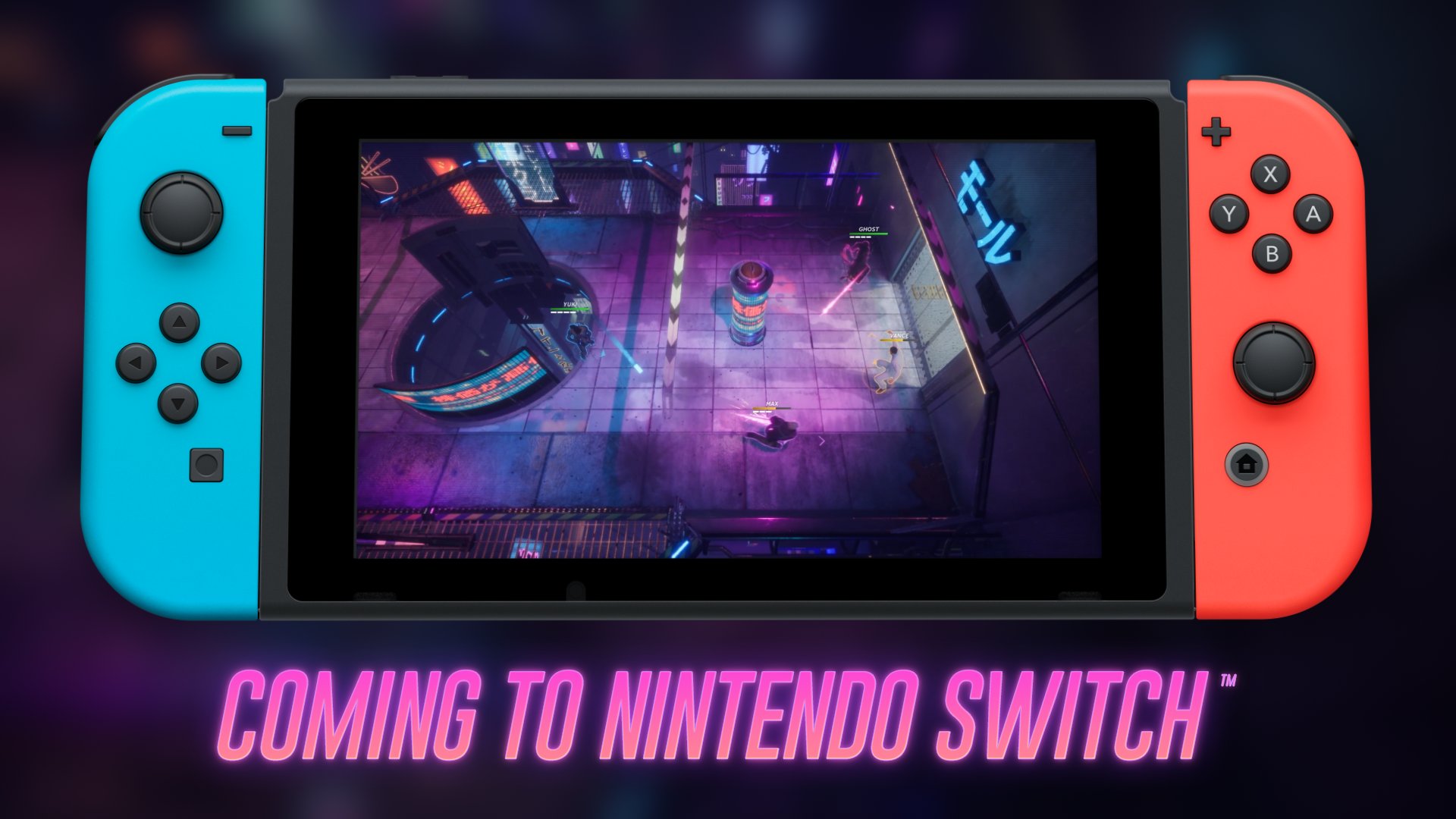 Neon colours, synthwave music, brutal weapons and frantic combat, what more can you ask for in a game? I know, portability.

Developer Bit Dragon has just announced that their 80s inspired arena brawler Hyper Jam (which we gave a 7), out now on PS4, Xbox One and PC, is coming to the Switch on April 17.

The game’s fast-paced multiplayer combat is great for good old couch gaming and the Switch is the current king of local play, so it will undoubtedly be a perfect pairing.

Like many new releases, there will be a 15% discount on the e-shop for the game’s launch, making it $19.11. It’s available for preorder at that price now.

We’re super excited to announce that Hyper Jam is coming to the Nintendo Switch on April 17th! Head over to the eShop now to pre-purchase while it’s 15% off!

We have both private online and matchmaking, so you can still #PlayApartTogether pic.twitter.com/IM62kNOH81

Hyper Jam is out now on PS4, Xbox One and PC and will release on Switch April 17.

Have you played Hyper Jam? Will you pick it up on the Switch? Let us know.