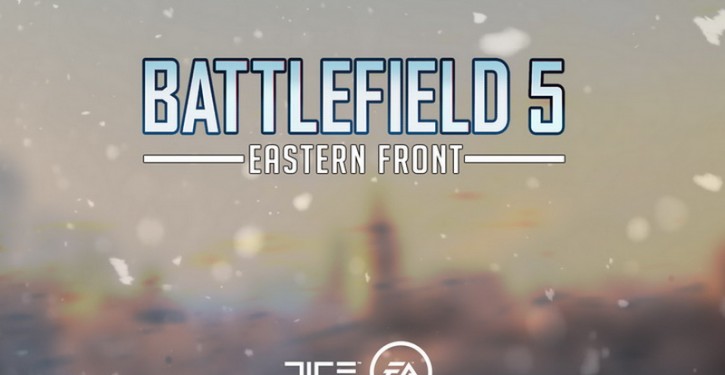 Rumours regarding the inevitable next Battlefield game have been flooding the internet over the course of the past few weeks, but today on EA’s official social media platforms, some very minor details were revealed. The post detailed the date and time of May 6th, 4pm ET and 9pm BST (May 7th, around 6am AEST), for an announcement regarding the “future of Battlefield.”

Seeing as we haven’t had a Battlefield game since the ill received Hardline and the last release of a similar nature was Battlefront, which copped a lot of criticism for have a major lack of content, this news comes as a relief for fans of the illustrious shooter series developed by DICE.

Battlefield 4 still receives support as a large portion of the fanbase still plays it rather than Hardline.

The rumour mill has been running high since a reddit post revealed some “details” regarding the upcoming Battlefield game. According to the leak, the next game will be called ‘Battlefield 5’ with the subtitle ‘Eastern Front.’ The game would supposedly see you team up with European allies, pushing back the Russians from Easter Europe in an effort to halt their invasion attempts. The leak also notes the presence of 4 DLC packs, which would be nothing new to a Battlefield game.

The leak also mentions Star Wars: Imperial Commando and Mass Effect: Andromeda. The Star Wars title is a yet to be announced title and Mass Effect: Andromeda has been noted as a NX title; NX being the upcoming console by Nintendo which is slated for a March release. On top of this, there are also mentions of Mercenaries 3 and Command and Conquer: Tiberium. The legitimacy of these images still remains in question as the “official reveal” which was mentioned has already proven to be untrue with the upcoming reveal on May 6.

For everything Battlefield and more, stay tuned to Do You Even Game Bro?