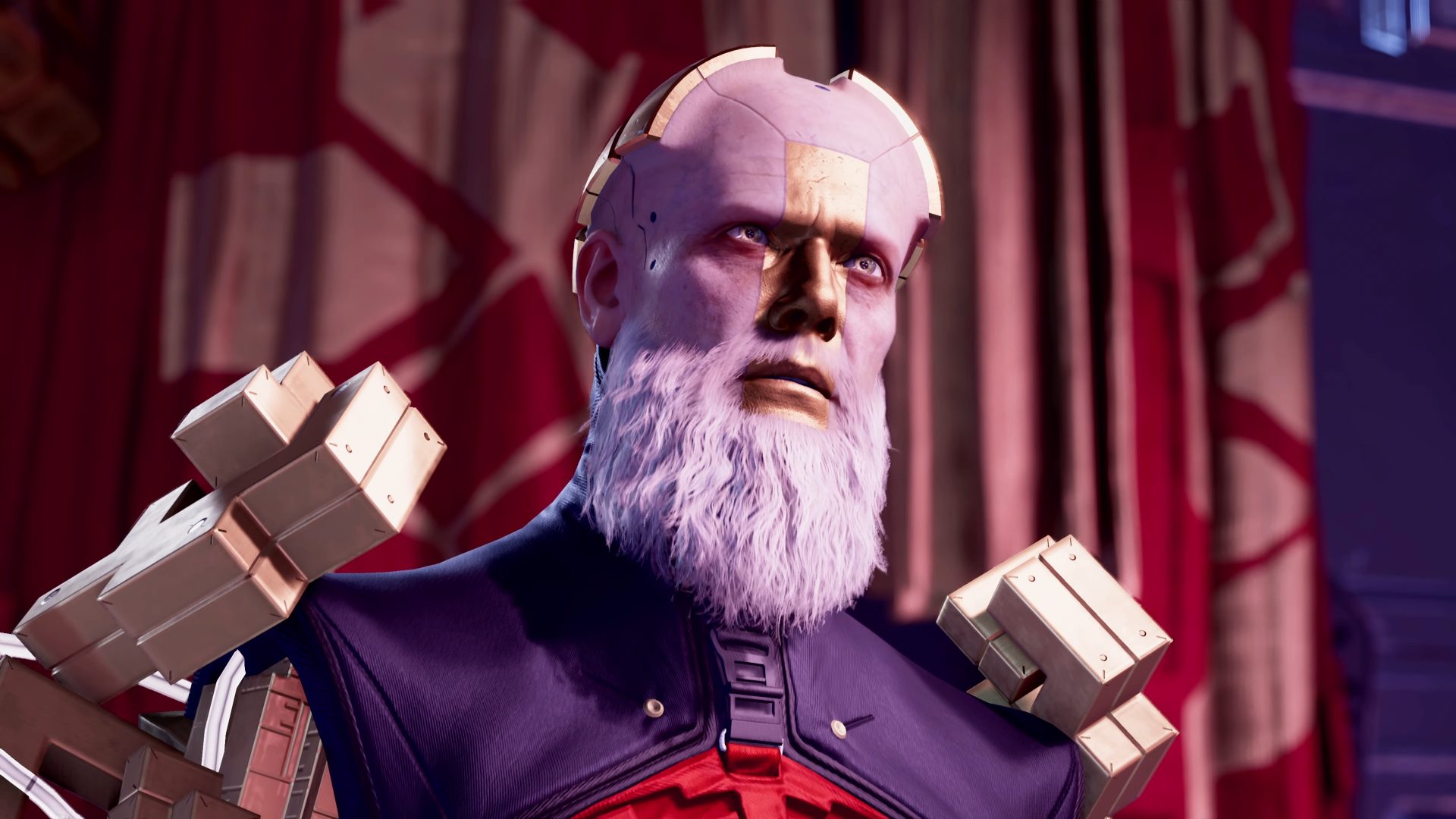 A new cutscene from Marvel’s Guardians of the Galaxy has been released, introducing us to Grand Unifier Raker, one of the game’s antagonists.

The short, 2-minute cutscene is narrated by Bill Rosemann, the VP of Creative at Marvel Games, who explains who this menacing character is at what his motivations are. A founding member of the Universal Church of Truth, Raker is a cybernetically enhanced fanatic that wishes to the “Promise” to the entire galaxy (I’m sure that’s a good thing).

The imposing Raker is flanked by two towering Inquisitors that are there to guide the Guardians to meet the Matriarch of the Universal Church of Truth, for a meet and greet that may or may not work out in their favour. Give the cutscene a watch:

Marvel’s Guardians of the Galaxy launches on PS5, PS4, Xbox Series X/S, Xbox One and PC on October 26.

Do you know much about Marvel’s cosmic offerings? Are you excited for Guardians of the Galaxy? Let us know in the comments or on our social media.