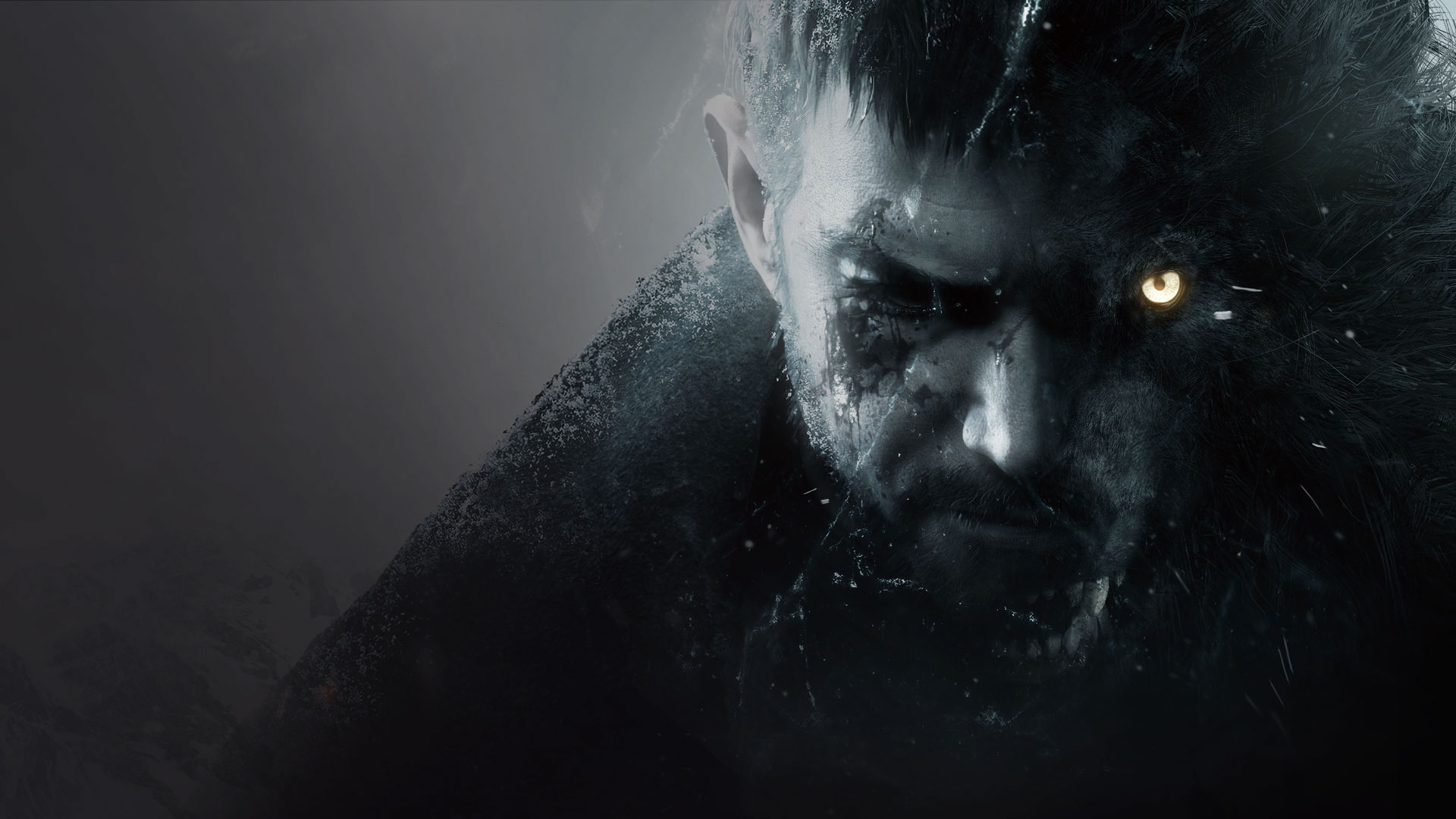 A castle bell rings out in the distance, quelling the immediate threat of the surrounding lycans as they scurry off to wherever or to whomever they’ve been called by. It gives me a sense of déjà vu – like I have been here before. And it’s because I have, 15 years ago in Resident Evil 4 when Leon Kennedy first encounters the villagers before he’s saved by the bell as it were. Before my hands-off preview I would have said that Resident Evil Village looks inspired by Capcom’s seminal survival horror action game, but after watching over an hour of gameplay footage and dabbling with the game’s first timed demo, there’s no doubt that Village and RE4 share similar DNA.

By now some of you have likely played the game’s timed demo, which has given you a taste of what’s to come on May 7 when Village launches. I managed to check out the first demo, which takes place in the Village itself and gave me a hands-on look at parts of what was shown in the preview footage.

Set a few years after Resident Evil 7: biohazard, Resident Evil Village sees the return of RE7’s protagonist Ethan Winters who has arrived at a mysterious Eastern European village looking for his missing daughter Rose. While story beats are still scarce at this point, we know why Ethan has come to the village, but we don’t know why he is here. Something we’ll discover in the main game no doubt.

The preview starts with Ethan waking up in Eastern Europe to the sound of a phone ringing. He’s surrounded by snow and the bodies of dead soldiers. The voice on the other end of the phone asks for a status update. Confused, there’s only one question on Ethan’s mind – “Where’s Chris Redfield?” It seems our reborn legacy character Chris Redfield has been up to no good again.

Enveloped in darkness with nothing more than the sound of a vicious wind and the snow crunching under his feet, Ethan explores his surroundings as he tries to make sense of where he is. Coming across several ramshackle buildings, some with bloodstained floors, it’s evident that something sinister has gone down. Then, all of a sudden, there’s banging and crashing overhead – Ethan isn’t alone. The whole thing gives off serious Blair Witch vibes, which I very much dig, and it highlights just how good Capcom’s sound design team is.

Eventually Ethan arrives at the outskirts of the village to the sound of a castle bell ringing. In the distance amidst the thick wintery fog looms the castle. It dominates the skyline; its appearance is imposing as it sits atop a village like a watchful eye.

These hills have eyes

Entering the village it’s not long before Ethan is acquainted with the locals and the creatures that are wreaking havoc in the village – the Lycans. The Lycans like to hunt in packs and are fast movers with the ability to deal heavy amounts of damage. When you think of Lycans most people think of a werewolf creature, instead the Lycans in Village take on more of a human form and can wield weapons, posing an extra threat to Ethan.

Here we get our first proper look at the game’s combat, which has evolved in Village, with Ethan now able to defend himself by guarding attacks, pushing away enemies, as well as barricading doorways to delay enemy ambushes. Like most threats in Resident Evil, the Lycans take several bullets to take down, so as usual engaging in combat will depend on your situation and what resources you have at your disposal. Making it easier is Ethan’s ability to craft ammo and health items on the fly.

Several times during the preview’s early stages, the villagers mention a name – Mother Miranda, however it’s never really explained who she is or what role she plays, but it’s clear that she’s one of the key reasons why Ethan is in the village looking for his daughter.

Resident Evil games are known for their often corny and cheesy dialogue and Village is no different. While it’s not a bad thing, the one element that does detract from it is Ethan’s voice acting, which is laughable at times. Perhaps it’s a lack of context given I’ve only seen slices of gameplay, but both his internal and external monologue is sometimes rather comical and over the top.

My what sharp teeth you have

The second half of the preview footage sees Ethan meet the game’s other antagonists, and the first cab off the rank is the hammer-wielding Heisenberg. While very little is known about this character so far, we know that he is not only the brother of Lady Lady Dimitrescu, but he is also the leader of the Lycans. The preview gave us a glimpse at what to expect from Heisenberg, and he’s certainly one character I am excited to see more of in the full version.

After Ethan escapes from Heisenberg he arrives at Castle Dimitrescu, home to Lady Dimitrescu and her three daughters. As expected, Ethan’s presence isn’t well-received and the daughters are tasked with dealing with him. It begins a game of cat and mouse as Ethan attempts to search for clues as to Rose’s whereabouts while trying to avoid becoming another Dimitrescu dinner.

Fighting off the vampire sisters is no easy feat given their ability to turn into a swarm of insects, however as the old saying goes “if it bleeds, we can kill it.” But the sisters aren’t the only threat stalking the castle’s hallway, with Lady Dimitrescu keen to get in on the action, pursuing Ethan like Mr. X from 2019’s Resident Evil 2. While the internet may be frothing over the nine-foot Lady Dimitrescu, her height can be used against her, with the gargantuan vampire having to bend down to fit through doorways which gives Ethan a few extra seconds to run and hide.

Gameplay in Village feels like a mixture of RE4 and RE7, leaning into a more action-focused horror experience in a more open setting. Of course we can’t mention the gameplay without talking about the puzzles, after all it wouldn’t be a Resident Evil game if doors didn’t unlock with obscure keys or statues didn’t have the ability to unlock hidden rooms.

The inventory system is ripped straight from RE4 and I love it. Players will have several slots to utilise (I believe Ethan will start with around 45 slots), with different items taking up different amounts of room. For example, a handgun requires four slots, while ammo and health items take up two. Like all RE games, resource management is key to being prepared for whatever it is that lies ahead.

We also got our first decent look at The Duke, the game’s merchant, who will sell you ammo and health items, upgrade your weapons, as well as purchase items from you. I can’t divulge much more than that, but I can tell you that you’ll be able to transact with The Duke on the village and castle grounds, and he’ll also be at your service in one of the game’s safe rooms.

Thanks to the power of the RE Engine (Reach for the Moon Engine), the visuals in Village are excellent, and if there’s one aspect that Resident Evil continues to nail it’s the atmosphere. The village has been designed to almost perfection – it feels open yet closed in, while the castle feels reminiscent of the mansion from the original Resident Evil, where you never know what’s going to be around the corner or on the other side of a door.

What are ya buying?

As a long time fan of the series, it should come as no surprise that Resident Evil Village is my most anticipated game of the year and this preview has done nothing but reinforce that. It may not have the slow-burn horror that made RE2 or the first half of RE7 so compelling, but Village’s setting and cast of intriguing characters, as well as its heavy RE4 influence has me counting down the days until May 7.