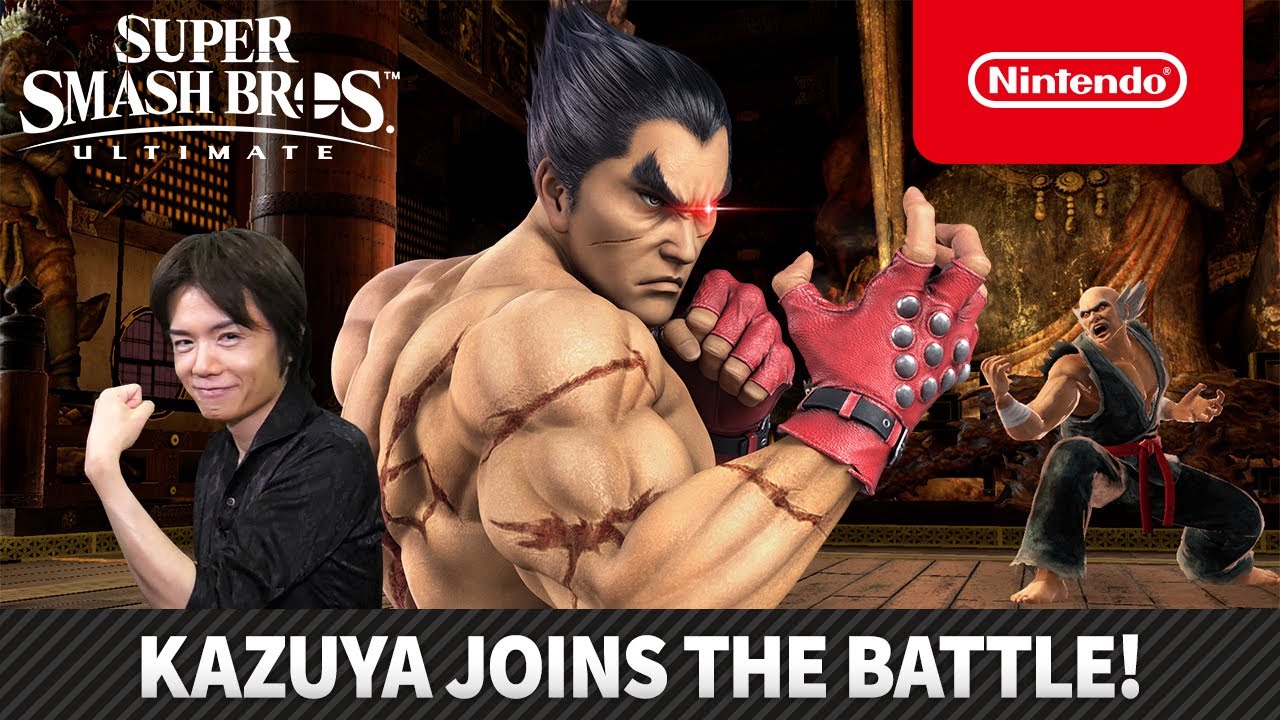 As announced in Nintendo’s E3 Direct, tonight Sakurai is breaking down the latests DLC fighter addition to Super Smash Bros. Ultimate – Kazuya from Tekken. Here is a recap of the key details:

Check out the presentation below for Kazuya’s massive move set:

What do you think the final fighter will be? Super Smash Bros. Ultimate is available exclusively on Nintendo Switch.