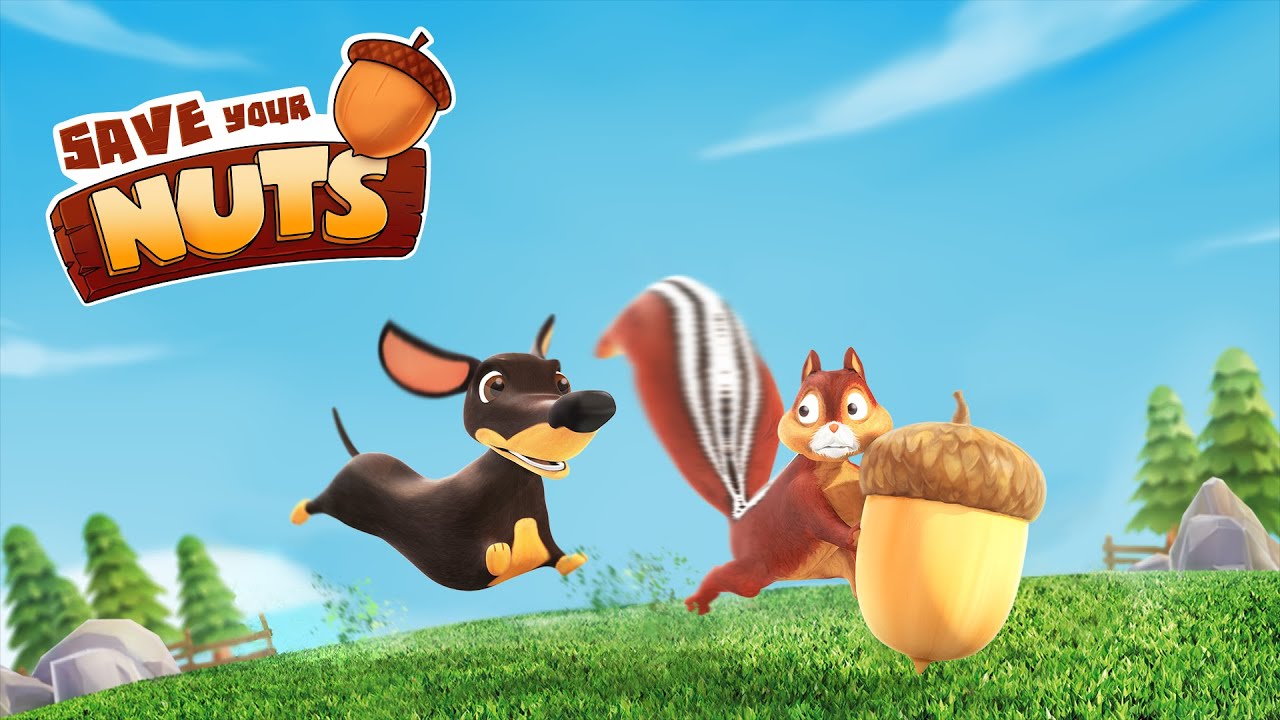 Party games and chaotic gameplay go together like peanut butter and jam (yes they do go together, fight me). Chaos usually results in ridiculous situations and a good amount of laughter shared between friends, how wholesome right? This is true for many party games, Gang Beast, Starwhal and Laser League are all titles that spring to mind as fun experiences even when they devolve into bedlam. Unfortunately not all couch multiplayer games can expertly toe the line between fun a frantic like the handful I’ve just mentioned. Save Your Nuts, an arena couch party game, falls into the latter category, with its simple yet entertaining concept being squandered by lacklustre modes and gameplay that’s harder to follow than your drunk mate who ‘knows a shortcut’.

The setup is a tale as old as time. Squirrels, sick of being looked down upon in the animal kingdom, devise a way in which to prove their superiority, the Nutlympics – a competition between woodland critters to once and for all see who rules supreme. It’s a party game, the ‘story’ doesn’t exactly need to be Shakespearean, but the opening cutscene was endearing enough that I cracked a smile.

The Nutlympics aren’t quite as extensive as the human equivalent, as they only consist of three different events, Capture the Nut, Battle and Thieves. As simple as they sound, Capture the Nut tasks you with grabbing the acorn that appears in the arena and bringing it back to your base (which is weirdly enough a kennel) while preventing your opponents from doing the same. Battle is a straight up clone of the battle mode from Mario Kart, complete with three balloons on each player that you must pop in order to win. Thieves is the same as Capture, but there are multiple acorns in the arena and you are able to steal from your opponent’s base.

There are a total of six playable critters, four of which are available immediately (squirrel, armadillo, dog and raccoon) and another two that require unlocking (wolf and beaver). Each animal has their own strengths and weaknesses, such as the armadillo having increased strength but a slower movement speed. Don’t fret if your favourite looking creature doesn’t match your play style however, as these factors are barely noticeable as matches are far too messy to notice the differences between characters.

During matches you are able to jump, pass and lob the nut, as well as attack your opponents, causing them to drop the nut if they have possession. The attack action is necessary, as without it the game would just be first to the nut (hehe), but it’s also the biggest issue. Every match, regardless of mode, breaks down almost immediately into a cluster of every player mashing the attack button. Sure it’s funny for a moment, but you quickly lose track of your character, as each sprite has an icon above their heads in an attempt to prevent such a thing, but it ends up making the problem worse.

A number of power-ups are scattered around the arenas, of which there are ten to unlock. These power-ups include a speed boost, strength increase (that knocks the opponents out cold for a moment) and a shield to protect against attacks. There’s nothing fundamentally wrong with these buffs, but making the effort to grab them rarely changes the outcome of a match.

There are also X-marked spots where you can dig, uncovering items such as a cannon (which is as painful to aim and use as a cheese grater loofa) or a jetpack that sends your character flying almost uncontrollably around the arena. I’ll admit that one of the snippets of fun that I had with Save Your Nuts came from the absurdity of the jetpack. Again though, these items do close to nothing to help you win the match, instead they take so long to use that the opposing team can sneak in a goal while you dig, provided they can break away from the clusterfuck battle long enough to do so.

The map variety is passable, spanning from backyards to medieval castles that have activatable traps. The gimmick maps, such as the aforementioned castle and pirate ships, are a temporary distraction, but once you realise that matches still fall into madness fairly quickly, your attention will dissipate again. The only arenas that require an ounce of skill are the soccer field and basketball court that replace the doghouses with goals and hoops. These locations do provide some actual fun, so it’s a shame that they’re the last maps you unlock, as you might have stopped playing by the time you get to them.

Save Your Nuts is playable with up to eight players locally or online, so if you have an unnatural amount of friends all over for a game session (obviously not right now, stay at home please) you can all jump on and have…a time. The online lobbies weren’t exactly bustling when I attempted to play (even post-launch), but the matches I did find myself in weren’t too rocky as far as performance goes. If you are playing alone, maybe don’t bother at all, as the AI are as useless as my left knee (regardless of difficulty).

The game isn’t without charm, the visuals are passably cute and playing as a trash panda is always appreciated, but the overall experience just isn’t much fun. Every match starts and ends in a mess of characters battering each other and losing sight of who you are playing as while mashing a single button, and it just isn’t my jam. The basketball and soccer maps have a bit of flavour, but games like Rocket League still offer a better time for a similar price. Sorry backyard buddies, this year’s Nutlympics is cancelled. 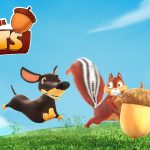 Save Your Nuts Review
Not Quite Over The Hedge
The novelty of playing as cute critters wears off quickly, revealing some messy gameplay and a general lack of long-term fun
The Good
Basketball and soccer maps are decent
The jetpack power-up is entertaining in a silly way
Raccoons
The Bad
Chaotic attacking makes the game hard to follow
Game modes are all very similar
AI is rough at best
Power-ups and items do very little overall
Character abilities don’t change the game at all
4
Bummer

Save Your Nuts Review
Not Quite Over The Hedge
The novelty of playing as cute critters wears off quickly, revealing some messy gameplay and a general lack of long-term fun
The Good
Basketball and soccer maps are decent
The jetpack power-up is entertaining in a silly way
Raccoons
The Bad
Chaotic attacking makes the game hard to follow
Game modes are all very similar
AI is rough at best
Power-ups and items do very little overall
Character abilities don’t change the game at all
4
Bummer
In this article:Couch game, party game, Raccoon, Save Your Nuts, Triple Scale Games